We had an expensive weekend. Ouch.

We bought new chair cushions for our outside furniture on the back deck. The old ones had just fallen apart. Not that surprising since they were the original cushions from when we bought the set five years ago. Then we decided to add some adirondack chairs as to the back deck, patio, and the front yard as well. They just came in such bright colors. And it sucked us in.

We picked up all of Olivia's bedroom furniture.  All three pieces in the same weekend!  Good news, none of them came damaged!

Then just to add to all of the spending, I opened up the Target ad on Sunday and saw that the camera I've been talking about and wanting since September was on sale.  And I had a coupon.  Plus with my Target debit card I get another five percent off.  Brad told me to do it.  So we headed to Target and bought this bad boy. 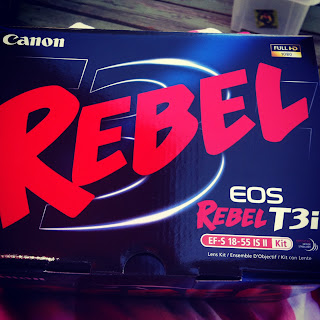 You should know that I love it.  I still don't really know how to work it.  But I will learn.  At the very least the photos are so much better and it takes them soooooooo much faster than my old camera.  It only took me two days to open the box and commit to the dang thing I was so afraid of how big of an investment it was!  Ha!

A couple weeks ago Preston was throwing his cougar kitty at Home Depot.  No big thing.  Until it got stuck in a bathtub.  Two levels up.  The world almost ended as we know it.  Thankfully we were able to find someone to get it down for him.

You'd think he would have learned right?

Thank goodness when he got it stuck up in a toy at the park that our friend Danielle's husband was there and able to give Preston a boost up to pull it back down. 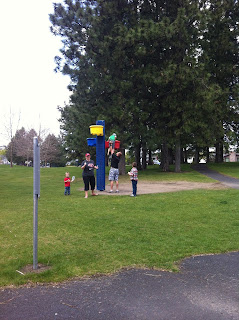 This kid and those cougar lovies, I swear.

A Grandma's work is never done.  After making us all dinner, Preston conned her into another story while she was cleaning up! 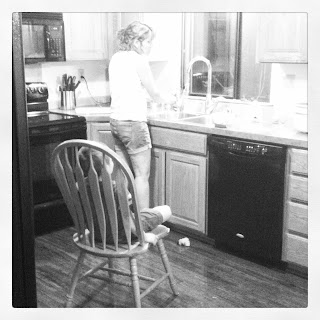 Brad and Preston were in the middle of a nerf gun fight when Brad took a hostage. 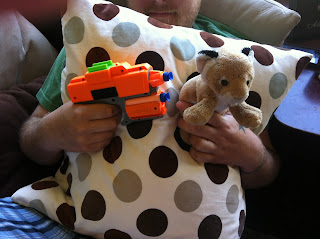 Preston put his gun down and everything.

I'm telling you those cougar lovies are seriously a priority to him.

Also for real?  I'm going to have my hands full with both of my boys!

A word maze with Grandma at lunch after soccer! 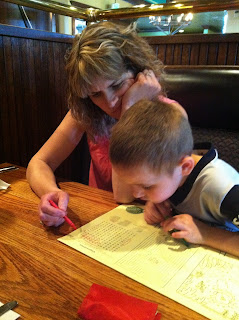 Preston noticed Monti sleeping on the lawn mower when we were out in the garage and he thought it was hilarious.  So did I.  Brad didn't think it was as funny because apparently Monti has been sleeping there for a while and we just hadn't noticed. 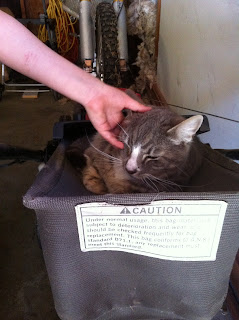 I decided to clean up the flower bed in our front yard.  Got ten minutes in and not even close to the whole thing clean.  Not even a quarter of it.  Probably not even an eighth of it.  Before I came across cat poop.  Thanks outside cats.

You know what doesn't go hand in hand with pregnancy?  Cat poop.  Meaning that I had to stop.  And Brad had to take over.  And clean the whole thing up.  He was a trooper and only complained a couple of times. 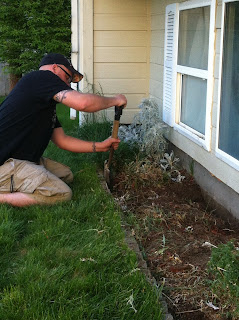 Now we just have to wait until Olivia arrives and then me and Preston are going flower shopping and we're going to plant some flowers in there!

Preston and Brad mowing the lawn. 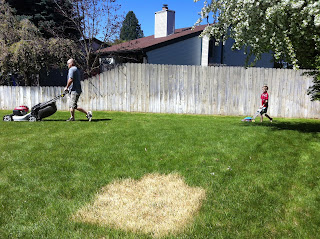 I should mention that before they started mowing the lawn Preston attempted to convince us to pay him for mowing the lawn...with his pretend lawn mower.  No dice kid.  But nice try.

Especially when he didn't give up there.  He tried again after they had mowed the front by coming back to me and telling me, "Mama my lawn mower is picking up some grass.  Do you think maybe now I should earn money for mowing the lawn?"  This one, he's going to be a handful.  At least he's a thinker!

Pay no attention to the dead spot.  Someone left something on the lawn for just one day because they didn't think it would do anything and it turns out it was the kind of something that draws the attention of the sun.  Awful right?  Feel bad for that person unknowingly killing a giant spot of yard.  I know I felt bad for that person who didn't think it was that big of a deal.  It's just grass.  It'll turn green again.  At least I hope so.  So that someone can put it behind her them.

I seem to have a problem.  Buying clothes for my children.  It's an addiction.  The first step is admitting you have a problem right?  After that we can just continue about our lives.

I told Brad I cannot buy Olivia anything else.  It's out of control.  Then we found ourselves at Target and I bought three more things...the very next day.  And I got the mail the day after that and this had arrived. 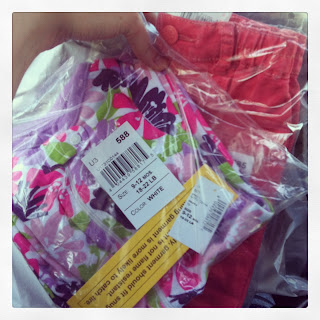 It's not just girl clothes either.  Preston's closet and dressers are full.

Brad says I just use the fact that technically the clothes aren't for me as an excuse that it doesn't count as buying things.  He may be right.

I like dressing my small people.  It's not a crime!

A friend of mine was in from out of town so we all got together for dinner and a surprise baby shower!  It was so much fun!  She's due in August with a little girl too!  I just know our girls are going to be friends!

Look at these adorable little desserts! 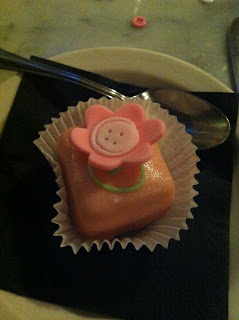 They tasted amazing too!

We're in the midst of a heat wave around here.  It is AWESOME! 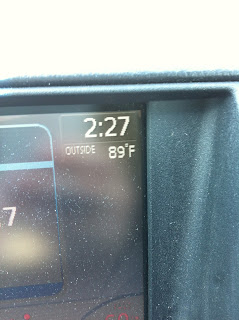 The heat is what has led to us playing and eating outside all week!

My Mom and Mase came over two days to hang out.  The boys played outside in the water and all over the backyard.  While me and my Mom enjoyed the new patio cushions.  She even brought lunch both days!  Score!

Mase enjoying both his lunch and the new cushions. 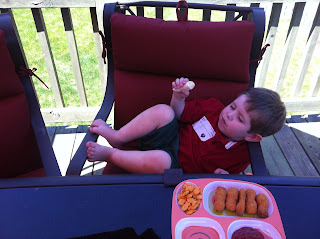 Preston's pre-k class is learning about the letter "I".  In keeping with that they each did a report on an insect of their choosing.

It was fun doing a little research with him for his project and having him answer the questions about the hornet and draw a picture of one.  We both had a good time! 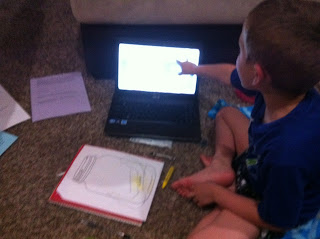 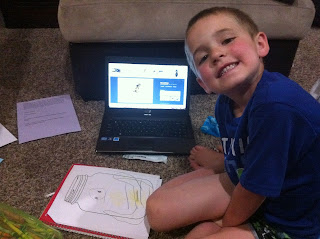 I'm sure if you ask me again in ten years I won't be saying the same thing about research projects!  Ha!