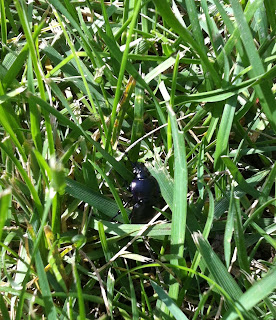 How do I know I'm a boy Mom? When I was leaving the house to pick Preston up from pre-k I saw this giant beetle. Instead of running. I stopped and got close to take a picture to show Preston because I know he would think it was awesome.

He got to see it in person a couple days later in the backyard when he was playing in the mud.

Yes, it was the same one. I refuse to believe there is more than one beetle this big around our house. 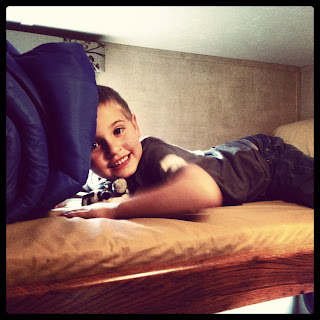 Preston was so excited Grandpa and Grandma's trailer is back out for the season!

When he saw it parked in front of their house he insisted that we had to hang out in the trailer instead of the house. 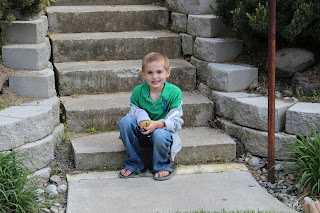 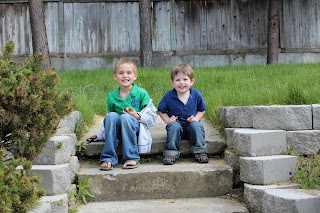 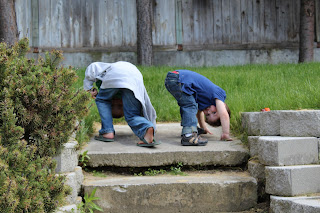 All I asked them to do was smile so I could  get a good photo.