Brad and I had quite the night of fun trying to figure dinner out last weekend.  I had planned on making chicken.  Only when I pulled it out to let it defrost we planned on eating at a normal time.  Then we ate lunch so late that we decided to eat after Preston went to bed.  Problem?  The chicken sat out that entire time.  So when we went to cook it it wasn't cold anymore.  Gross.  So we scrapped the chicken.  But I insisted we still had to have the rice and asparagus.  Until I burned the rice because while it was browning I got distracted cleaning up the bookcase in the playroom.  So we decided to order a pizza.  How do you mes that up?  Oh they did.  Somehow we received a pizza with NO pepperoni on it.  What is that?!  It was seriously the worst night of dinner ever.

Preston has been really getting into those little kids menus in restaurants.  I love it! 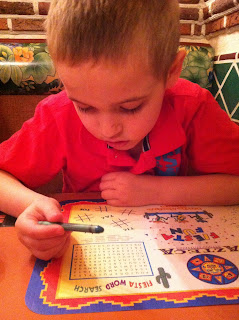 This is what my the main bathroom at my parent's house looks like every morning when my littlest sister is done getting ready. I'm not sure we're going to survive a daughter. I told Brad that Olivia was going to need her own bathroom by this point so that I don't kill her! Ha! And I'm even told that this isn't even a "bad" day! 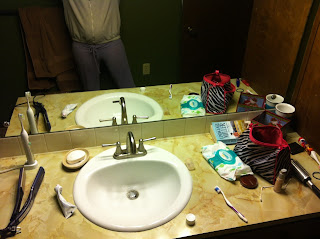 I heart the way this little boy sleeps.  He just looks so innocent. 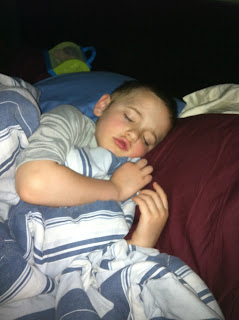 Basking Robbins was having customer appreciation night so we met friends for ice cream last minute!  Who doesn't love ice cream?  These boys obviously do! 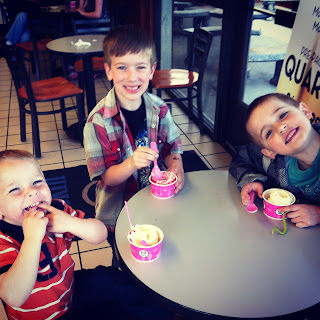 Preston's class is learning about fire safety at school. So obviously he had to catch his cubby on fire. 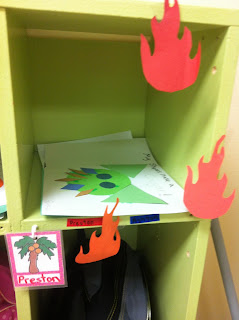 The boys requested a fort.  So Grandma built them a fort. 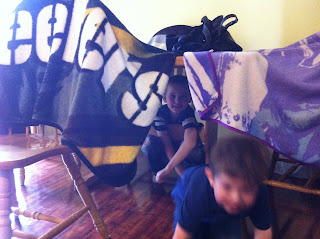 What, you don't race cars on the table?  That's how we roll. 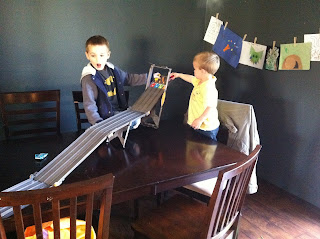 We have been having good weather so we headed out to find a new park with my Mom and Mase.  We found a new to us park and the boys loved it!  There was a rock climbing wall.  That Preston totally scaled to the top of.  Mason made his way up the bars all the way up all by himself!  The boys rode a tire swing and then Mason didn't like it so Preston rode on his own.  Preston went down a fire pole for the first time!  And showed off his skills on the monkey bar like bars! 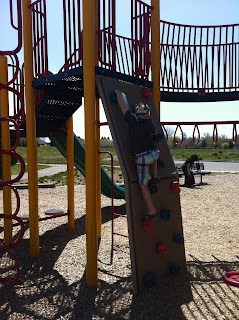 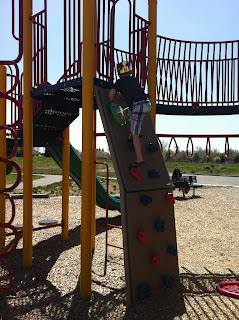 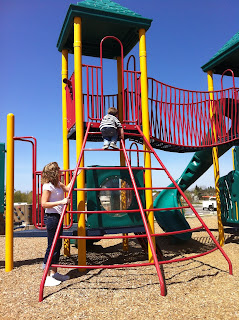 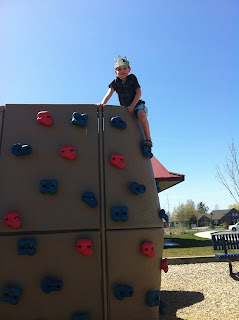 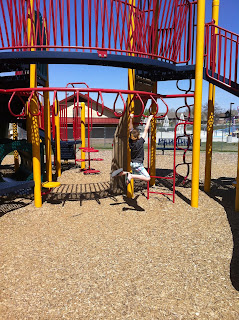 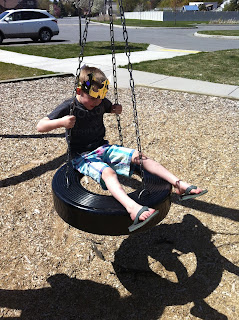 All that park playing left the boys hungry.  So we had lunch at a little place off of a little airport.  Where the boys had a blast watching the planes and the helicopter take off and land! 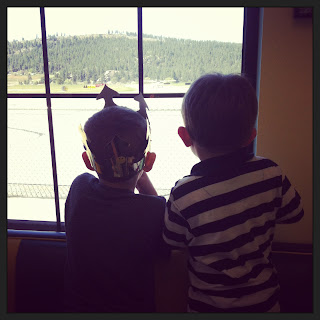 I love the warmer weather already!