Preston's pre-k class has been learning about fire safety. Of course that means that a field trip to the fire station was a must!

Preston was so excited to actually get to go inside a fire station and look around!

We got started with a lesson about fires in the main living room from one of the firemen.  I swear the kids sat and listened so well I thought they all must have been drugged.  They were so into it! 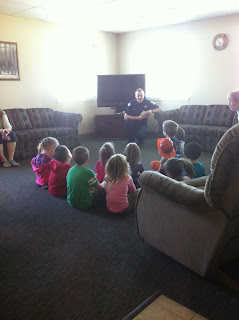 Then another one of the firemen came out and showed them all of the gear that they wear and told them what it does and why they wear it while demonstrating.  I didn't realize how much they actually have to put on!  And how quickly they have to do so. 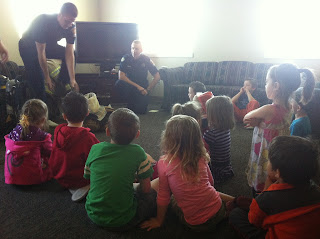 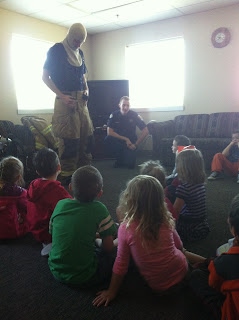 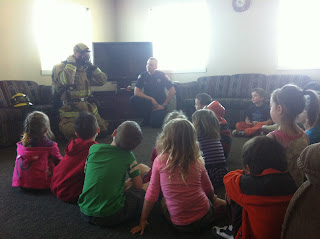 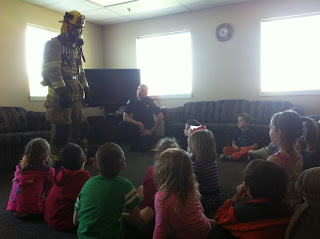 Once he was all dressed they invited the kids to feel the suit and check it out.  No one moved.  It was hilarious.  Finally after a minute of just sitting there staring they all reached out a little nervously to check it out.  Really made me glad that we had the chance to do this since I never would have thought that kids this age might be scared of what a fireman looks like in full gear! 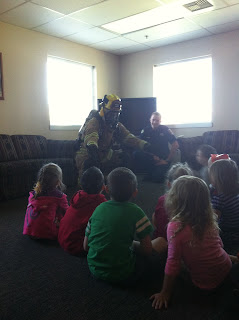 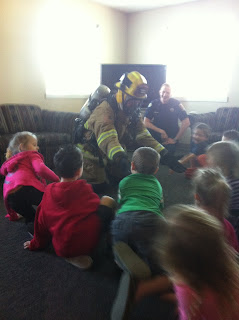 The kids then got a tour of the fire station and where everything is.  The kitchen.  The library.  The rooms.

Before we moved out to the garage to see the fire truck!  The kids got to look one over and see all of the different features and functions. 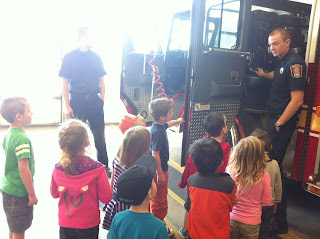 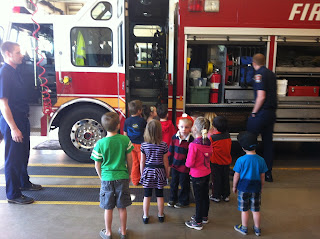 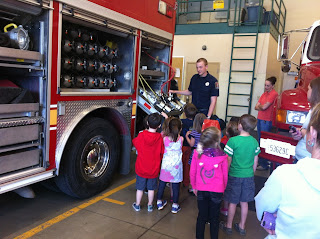 Then it was time for the big event!  The firemen pulled one of the firetrucks out and let the kids explore and get hands on!  They got to climb in the different areas.  Sit in the driver's seat.  The passenger seat.  The back.  Touch and learn!  It was so exciting! 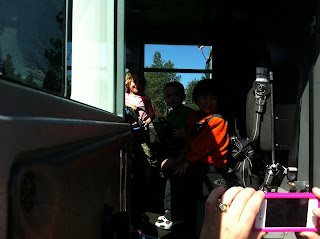 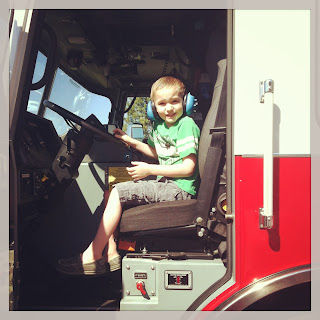 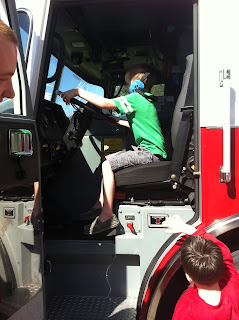 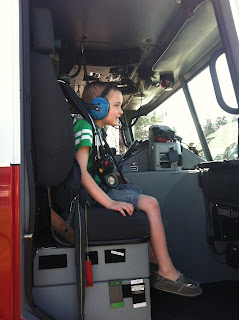 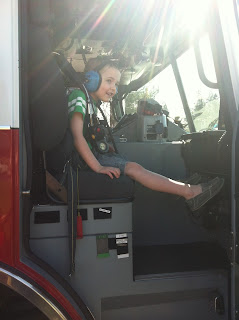 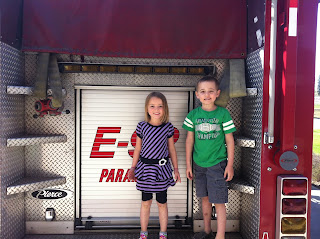 Preston and Aleeya paired up for a little bit while they checked things out.  And she kept trying to hold his hand!  It was so funny to watch.  Especially since he was not having it.  He kept pulling his hand away or refusing to actually hold hers.  So she settled for holding his wrist!  Ha! 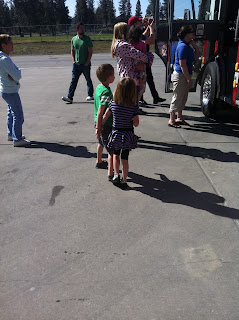 There wasn't a fire pole so the boys found their own a'la the light pole. 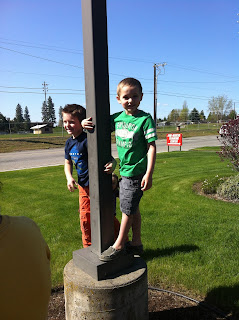 Preston and the fire truck! 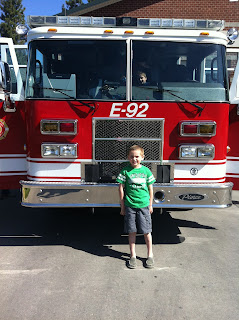 The kids, teachers, the firemen, and the fire truck!! 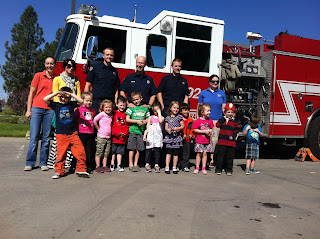 I am so glad Preston's pre-k organized this field trip!  Not only did the kids have a lot of fun, but they learned a lot too!