Maternity Clothes: Just more of the same with wearing things a size up. I did wear a pair of my normal jeans. They just don't button and have to sit under my belly.

Stretch Marks: The ones from Preston. Dang him! I got his at the very end so let's see what she does. Although I did have his by this point I think. I remember them being there when I tried on bathing suits on Father's Day so about a month before my due date. And no I did not end up wearing those bathing suits!

Belly Button: It's out. Don't think it'll go out much farther.

Best Moment: I had my maternity photos! It was so much fun!  I have the greatest and most creative friends!  The ones I've seen are absolutely amazing!  We have bedroom furniture!  Her bedroom is even mostly put together! Her furniture is all in there and pending final rearrangement when her glider arrives, the furniture will be done! I even put her clothes in her dressers!! It looks awesome in her bedroom! I promise to share soon!  I just have a few final touches. 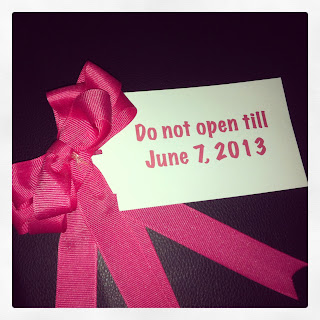 Cravings: Ice. Raspberries. NOT craving spaghetti. For real. The entire idea of it is disgusting to me at this point. Had to point that out since I haven't had a lot of food hatred but that one is not my friend anymore.

Sleep:  The first couple of hours I'm up peeing.  But after that I get a nice stretch of sleep!  It helps that I am just so tired.

Movement: She has dance parties in my belly. They are so much fun to watch! I need to pull out my phone and record it before she arrives!

Symptoms: Growing belly. My doctor checked me at my appointment and said that there isn't a whole lot happening down there. I told him before he did that there wouldn't be since I told her to stay in, but I think he was still surprised. He said that with her being my second baby and me having Preston he thought my cervix would be doing something. I'm mind over mattering her coming out before I want her too! I want to go at least three days late. And honestly I don't think it would be awful to be induced again. Makes planning for where Preston will be and making sure everything is ready for her easier! I spaced mentioning that I had taken my rings off like two weeks ago. I woke up one morning and they were so tight and it freaked me out that I wouldn't be able to get them off so I pulled them off right then. I put them back on this week because I wanted to wear them for my maternity photos and it doesn't seem to be an issue. I'm guessing that it was more the swelling from the Spring weather arriving than from being pregnant since that one happens to me every year. Swelling when the weather changes not being pregnant every year! Ha!

Emotions: I'm excited. And starting to get nervous. She is going to be here in about a month. That just seems crazy to me. I'm noticing more and more how self sufficient Preston is and it freaks me out that we are going back to the newborn stage when I'm so used to the age he's at now! But then I get excited about our family growing. Preston is just so dang excited to meet his little sister and not be an only child and I know that he is just going to be so much help! 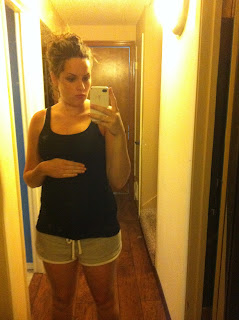 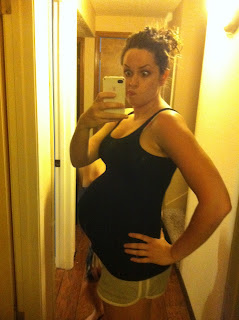 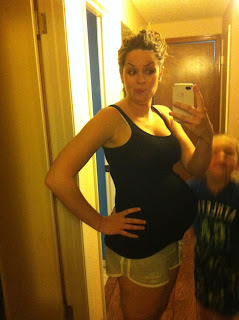 Preston got in on the belly photos this week!

Next up thirty six weeks!