My Mom and I took the boys to see The Croods. Awesome movie! They both loved it. And the snacks. 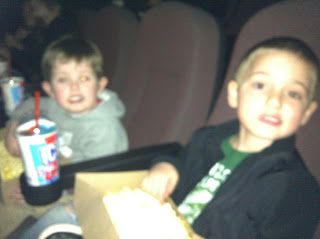 When it ended Preston told me, we HAVE to get that movie so he can watch it again!

Particularly the cougar ones but still he loves these little lovies and plays with them all the time. 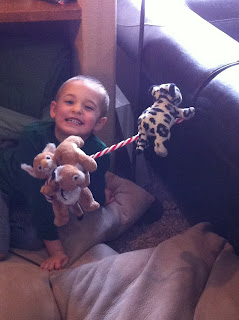 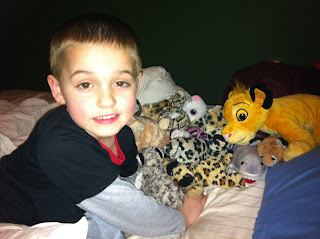 And he's not the only one, Monti likes them too. 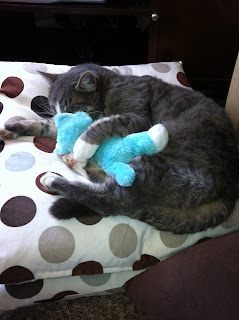 Chuck E Cheese has a new app. You can take your photo at one of the signs around the place and it puts Chuck E in the picture. 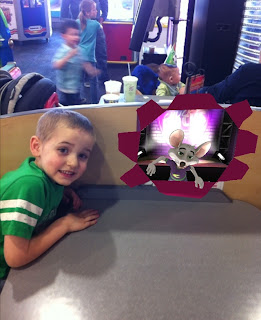 You discover these things when you spend six hours there one afternoon.

What can I say, the kids were playing and the grown ups had some catching up to do after Spring Break!

I've mentioned before that Preston loves when my Mom tells him stories. But it's serious business you guys. As soon as I say we're going to see Grandma he gets all excited and tells me Grandma owes me a story! And the whole time she's telling the story he sits there quietly listening. 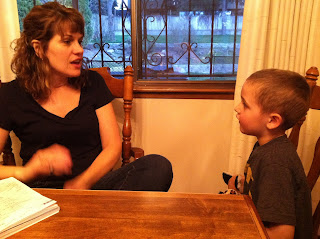 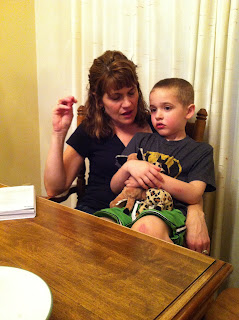 I never see him that still.

These days he makes requests. All of the stories must include cougars. And he likes it even more when she works the family into the stories and sets them in places that he's been to.

They had their final practice before they have their first game on Saturday. 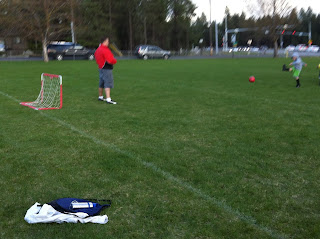 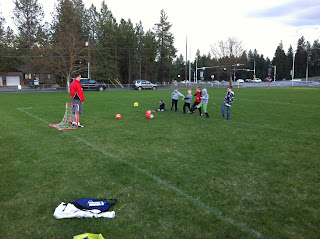 Better watch out for these Wild Bats!

Preston had a dentist appointment.

He did get x-rays, which he sat perfectly still for! 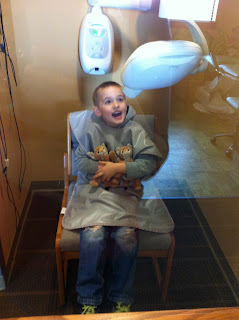 The hygienist noticed the cougar he had brought with him and was asking him about it and then told him she hoped he wasn't a cougar so that he wouldn't bite her fingers while she was cleaning his teeth. And all I could think the rest of the visit was oh dear God please don't let him bite her fingers and think it's funny! He didn't! Thank God!

He got to join the No Cavity Club and enter his name into a drawing. When they told him I went to write his name on the paper, but he was already doing it. My baby is growing up! 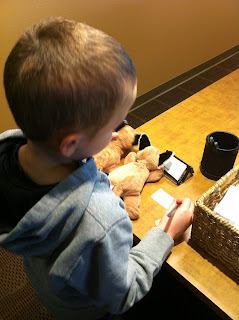 Then he picked out his prize. A green bouncy ball! 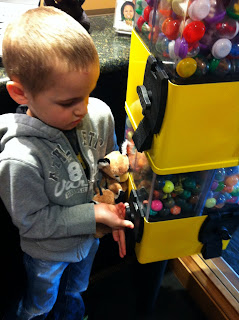 My little sister posted this on Instagram a couple weeks ago and I thought it was so cute that I had to screenshot it and then share. 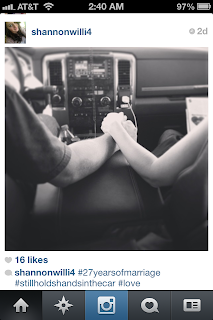 It's my parents. On the road trip to Seattle.

A friend of mine posted this on Facebook and I heart it so much I think I'm going to have to print it out and frame it somewhere in the house. 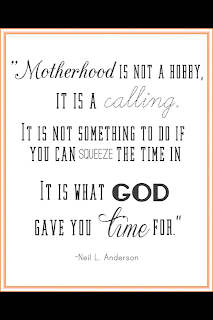