We had a busy day of fun!

We started the morning off at a friend of Preston's birthday party at our children's museum. Preston had a blast! He loves the children's museum and always has fun with Cohen!  The kids made ninja turtles out of balloons and ohmygosh you guys Preston was obsessed with his! 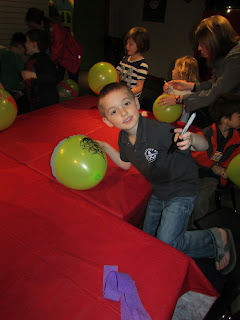 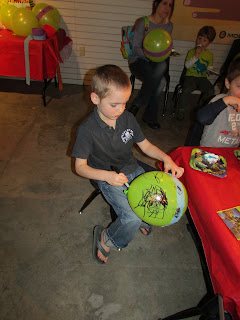 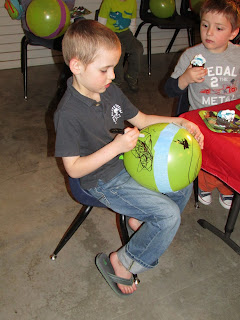 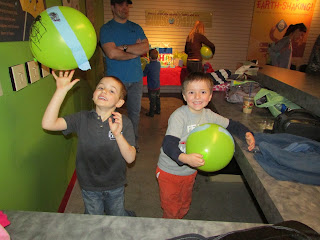 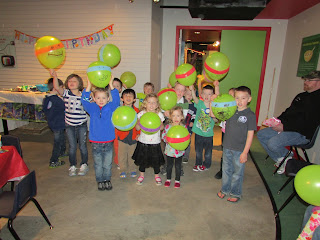 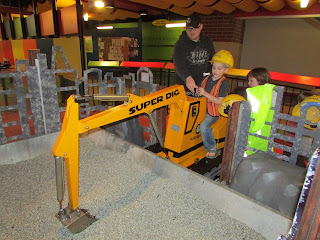 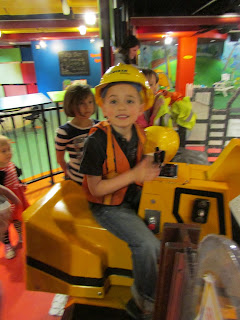 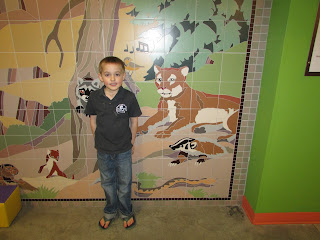 Brad was having some issues with his phone so after the party we headed to the Apple store to get it fixed.  But since he hadn't made an appointment, we had some waiting to do.  So while we waited we had lunch at Red Robin per Preston's request!

Then we rushed home so that we could stop for a few minutes before meeting family at the movies.

Preston loves Jurassic Park and since it was out in 3D we'd decided we had to see it!  So we met my parents, my brother, his girlfriend, my little sister, and her friend...of the boy variety. 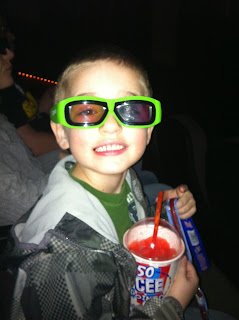 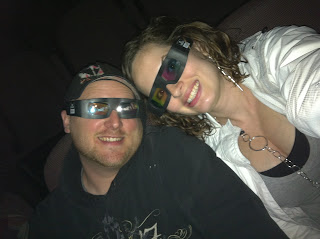 The movie was okay.  Not as 3D as we expected.  They seemed to choose the scenes without the dinosaurs to make 3D so then all of the scenes that would have been awesome in 3D weren't.  Which sucked because we have the movie and we had just spent $30 to see it in theaters for the 3D!  No that Preston minded that part.

After the movie we all headed to Shakey's and met Jessie and Mason for pizza.

Where Preston hit a jackpot in the game room!  He won 344 tickets on his last token!  Not too shabby! 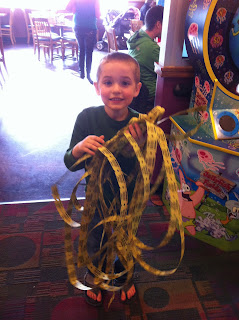 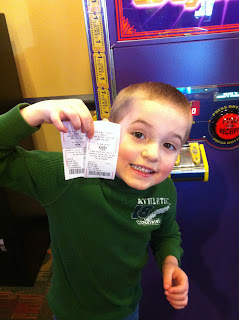 I think it's safe to say that we all had a good day!  And we're exhausted by the end of it!