On our last day in Seattle we headed to the Pacific Science Center!  I had promised Preston that we would go and I wasn't going to break that promise!

We of course started in the butterfly room.  No surprise there.

Preston was a little disappointed that none of the butterflies landed on him.

Then we made our way to this spinning ball tunnel exhibit.  It's another one of his favorites.   He could seriously stand here for hours and play. 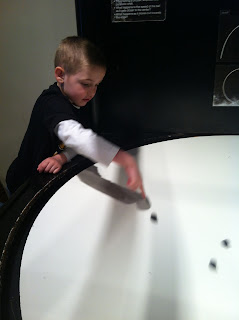 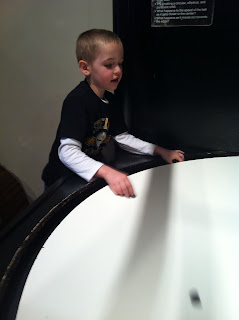 I did eventually drag him away.  He wasn't very happy about it when I said we were going to go see more of the exhibits.

Luckily he quickly realized that there was a lot more fun to be had!

He pedaled a bike to make energy. 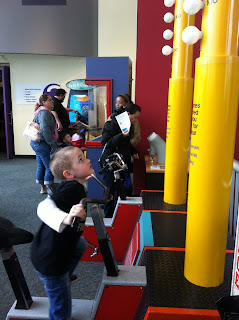 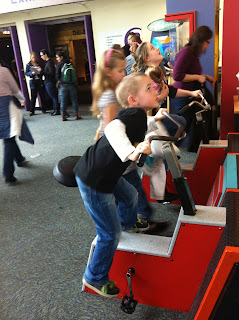 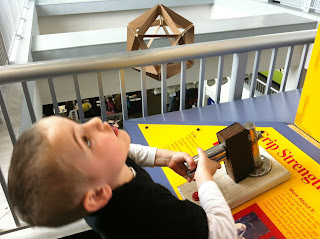 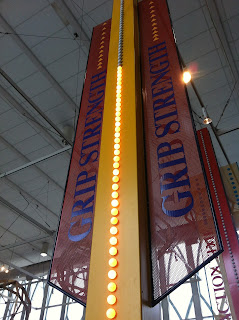 Checked to see how flexible he was. 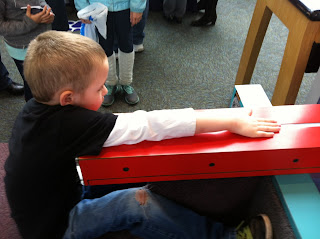 And tested his strength some more. 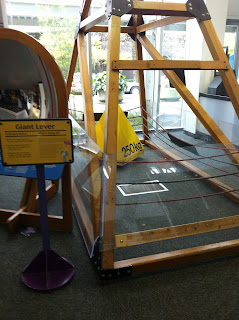 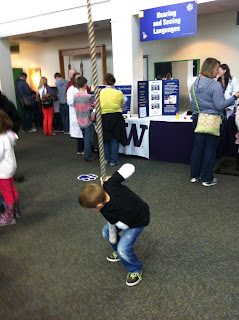 University Of Washington had students at the Science Center set up with exhibits all over the place.  We ended up browsing some of them and coming across a couple of them with worms and roly polys.  Preston was very into playing with the worms and looking at them under a microscope and asking questions. 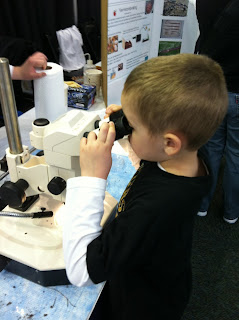 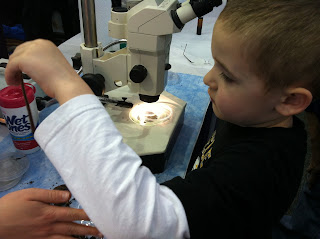 Before leaving we swung in so that Preston could play with the build your own meal exhibit.  It's supposed to teach kids about nutrition and what they are putting in their bodies.  Preston just loves that it has a conveyor belt and it's all techy.  And he can make breakfast, lunch, and dinner out of everything that floats by. 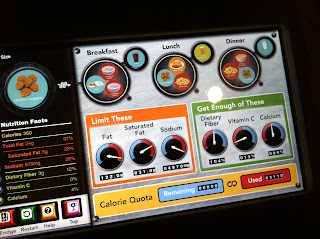 Of course we got distracted on the way out with all of the water toys.  No matter that it was chilly.  And drizzly.  Preston loves the water. 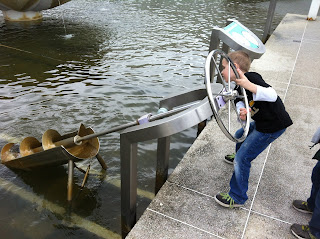 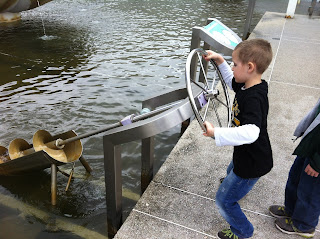 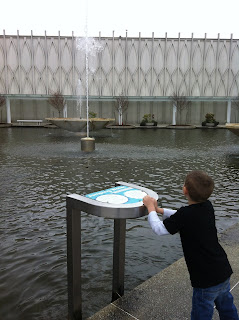 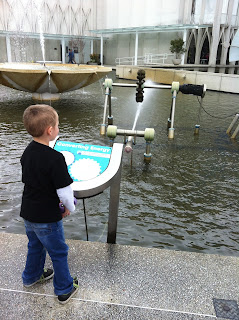 On the way in, Preston had wanted to stop and take pictures with this little set up of water creatures.  But we were in line to buy our tickets and couldn't hop out without losing our spots.  I had said we would stop on the way out and thank goodness Preston was there to remind me!

He wanted one with the octopus. 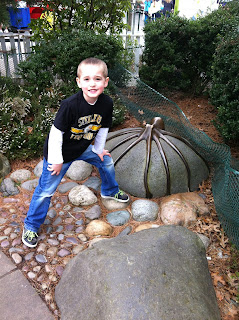 Mostly though he wanted a picture with the whale tale.  And not just with it.  He wanted to be on top of it.  Slight problem.  I can't lift him and he couldn't climb in on his own.  Luckily for him there was this family there with their older daughters and they had just finished taking their pictures and overheard our problem and the Dad offered to lift him up for us!  Some people are seriously just so awesome.  Made Preston's whole day! 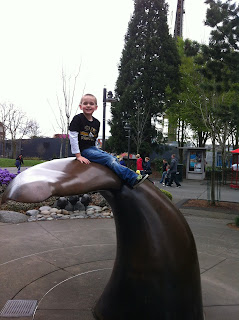 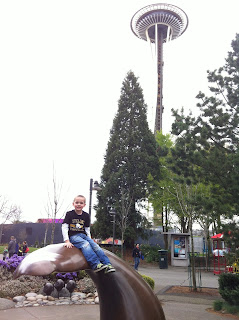 After pictures and jumping down from the whale tale, we headed back to the car.  We were in search of lunch and off to pick up Brad from where he was getting dropped off to make the drive home with us.  Plus a stop at the outlets before making our way home!