With Olivia's baby shower happening I didn't want Preston to feel left out.

A big part of getting ready for her arrival has been including Preston in every little thing to do with her arrival. From talking about names (even though he lost that one, we won't be naming her Kitty Meow!) to paint colors for her bedroom to what we should buy for her. We've picked out the colors for her nursery while also picking out the colors for Preston's big boy bedroom. We've talked about his role in her arrival and him becoming a big brother just as much as how she is going to grow our family and be the little sister. While picking out the fabrics for her crib bedding, we've also picked out Preston's new big boy bedding.

Preparing for Olivia's arrival has been a two step process. Getting everything ready for her. As well as getting Preston ready. Making sure that we don't allow either of our children to feel left out on the changes that are coming to our family with the addition of a new member.

So in keeping with that trend, we prepped Preston for her baby shower. He knew she would be getting one. But I wasn't sure how to explain that I would be coming home with all of these gifts for baby sister and she isn't even here yet. So we bought him a "baby shower" gift as well.

I'm not sure whether it really needed to happen or not since he hasn't showed any sort of jealousy about anything to do with the arrival of baby sister but I don't want him to feel forgotten or less important just because a new baby is coming.

It could just be the hormones I've got running through my system but it's a big stress for me that he is going to feel like in all the hype of Olivia coming that we've forgotten that he's the one who made us parents in the first place!

Once all of the baby shower gifts were inside Olivia's bedroom, we brought out Preston's baby shower present!

He was thrilled. He saw one when we were in Seattle last time at the park and pointed it out to us as a potential birthday present. Imagine my excitement when I found it at Costco! Score! 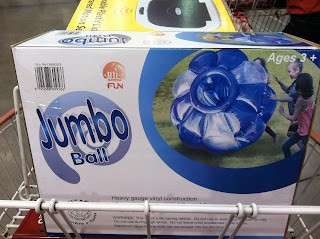 He couldn't wait for Brad to blow it up so he could play in it! And it took forever for it to blow up! Poor kid!

Then the fun began! 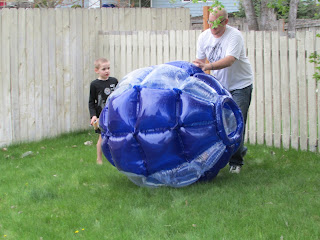 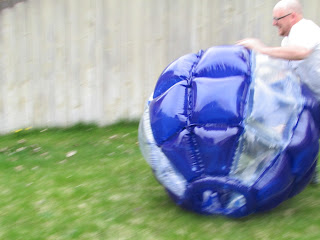 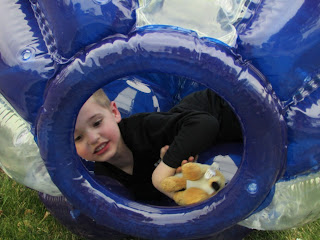 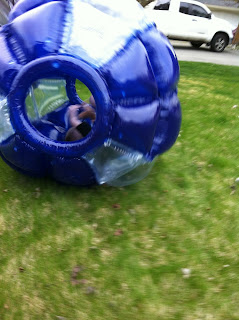 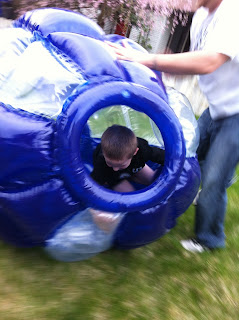 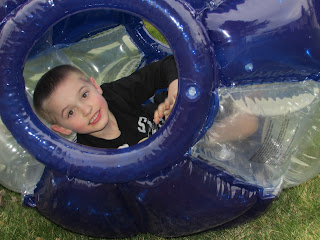 Now we just have to figure out the best way to store the dang thing!

Preston is already requesting that we bring it to a park near us with small hills.  Looks like we have big plans this summer!  You know besides having a baby!