You can't have a baby without having a baby shower!

My Mom has been busy planning mine (or Olivia's depending on how you look at it!) for a couple months. Longer really, since she mentioned throwing my baby shower like a whole two seconds after we told her we were pregnant!

She had me pick out the theme with her. Partly because she likes to do things with people (she's one of five kids, not that surprising that she prefers group events!) and probably partly because she knows this daughter so well. I'm crazy super picky and I love throwing parties!

I don't remember who saw the theme first but we both agreed that it was the cutest thing in the whole dang party store! 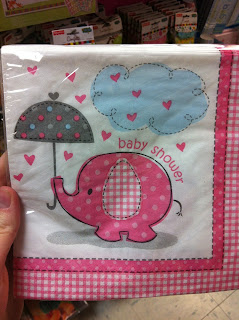 Funny because usually I do not get all into animals on things, but cute little elephants have become an obsession since I became pregnant with Olivia!

I was a little teensy bit late to my own shower.  I know right, who does that.  Really it wasn't a surprise to anyone there.  I'm late for everything, so why not my own baby shower.  Ha!

In my defense I had a really good reason.  Preston had a soccer game and it ended right as my shower was starting!  So I stayed to see the last few minutes and then rushed over to my Mom's house to celebrate Little Miss Olivia with family and friends!  Thank goodness the game was really close by.

My Mom did an awesome job putting it all together! 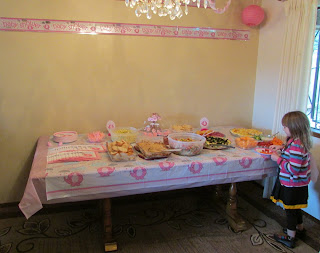 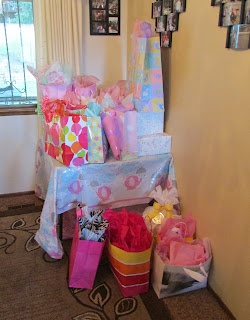 Everyone outdid themselves with gifts for us!

The cake and cake table... 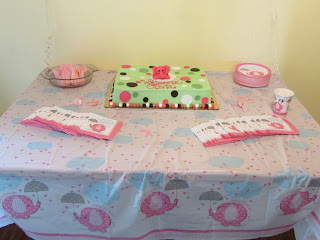 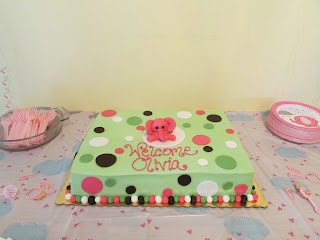 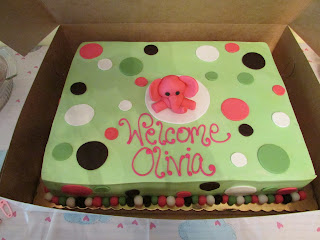 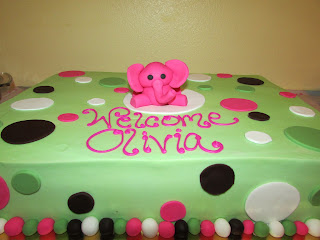 I mean how cute is that cake?  For real, I just about died when I saw it!

We snacked.  Chatted.  Played some games.  Just had a good time!  It was crowded and busy, but really when is that a bad thing when getting together with the people that matter?

Before I knew it, seriously it felt like the whole thing had just gotten started, it was time to open all of the gifts that everyone had brought.

Oh my word.  You guys.  Everyone went crazy.  There were so many gifts.  Just so much.  I don't even know what to say about how spoiled Olivia and I were by everyone who showed up!  The gifts they just kept coming and coming and coming.  I can't even say how grateful we are for each and every item that everyone brought for Olivia! 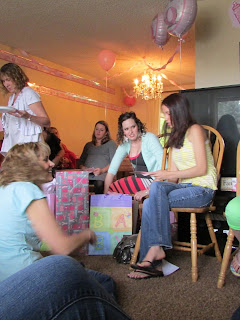 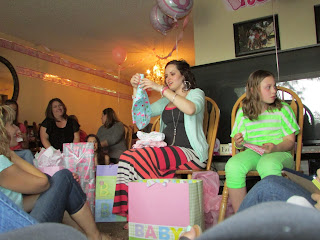 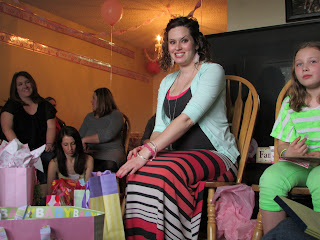 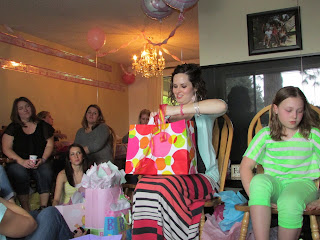 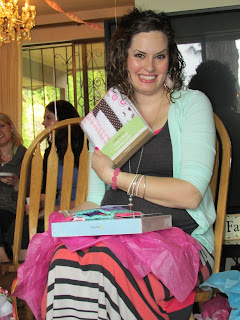 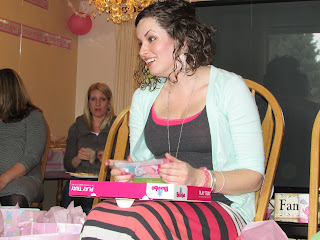 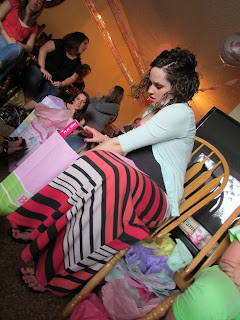 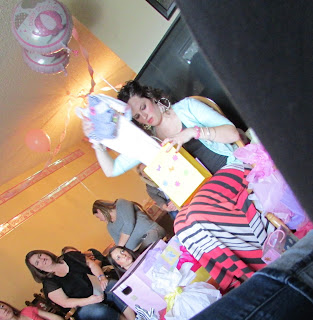 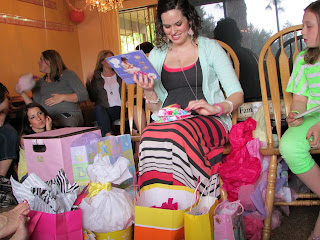 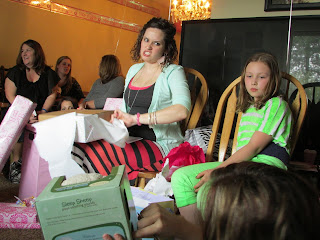 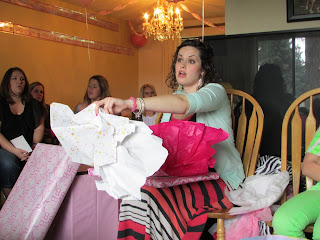 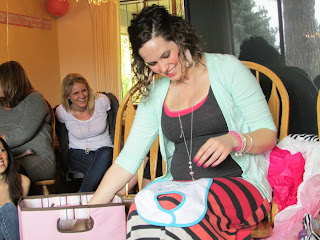 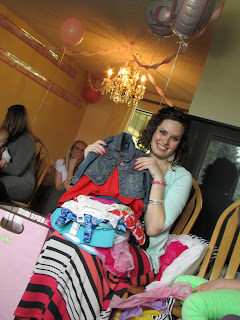 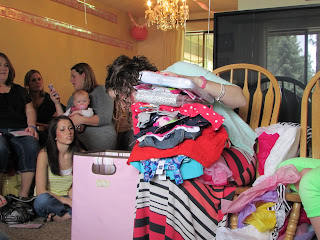 By the time I was done opening gifts I was a hot sweaty mess.  We got so many amazing things!

I wish I would have thought to have taken more photos with everyone who came!  But there were just so many people there and we were all just having such a good time that I really didn't even think to pull out my camera or ask anyone else to until a couple of friends asked if we could take photos together.  And by then half of the party was gone and the other half was on their way out.  It's a good thing I see all of these people fairly regularly so I'll just have to get my photos with them another time!

The two photos that I have with friends...

My bestie Kelly and I! 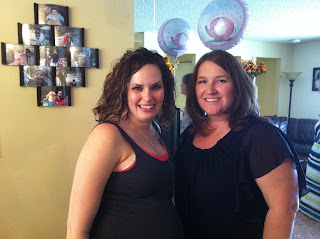 Tiffany and I and our pregnant bellies!  Our girls are only due two weeks apart! 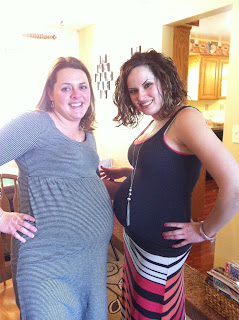 My brother and his girlfriend pretty much loaded all of the gifts up into my Mom's car.  It was full.  And then Brad and my Mom unloaded the car at our house and put everything into Liv's bedroom.  I'm not lying when I say that everyone went overboard!  Her room was a disaster of her new furniture and all of gifts! 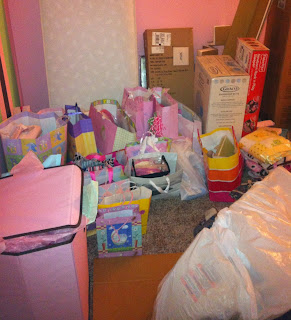 I cannot say enough just how blessed I am to have the family and friends that I do!  I am really just so fortunate to have these people in my life!

Big thanks to my Mom for putting the whole event together and making it possible for all of us to get together to celebrate our newest addition to our family!

Thanks to everyone who made Olivia's baby shower such a special day!