Preston had his first soccer game of the Spring season!

But the Wild Bats were ready. 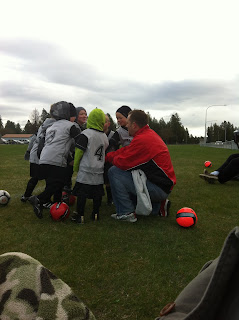 At least they got to warm up by running around!

His team played awesome and they all had so much fun! 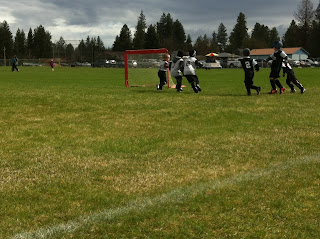 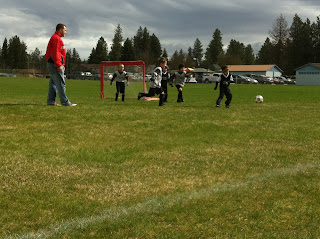 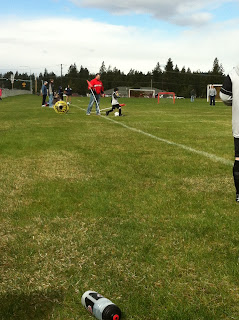 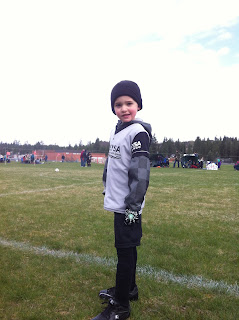 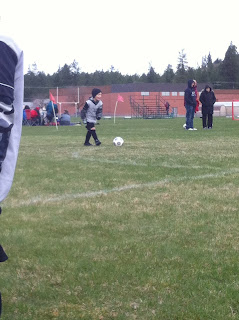 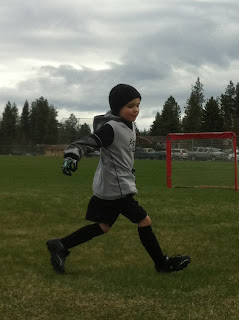 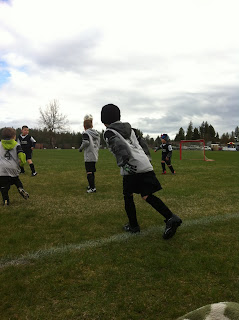 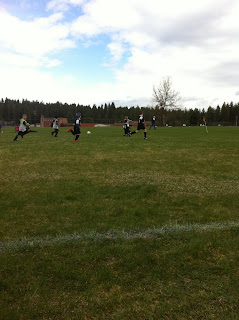 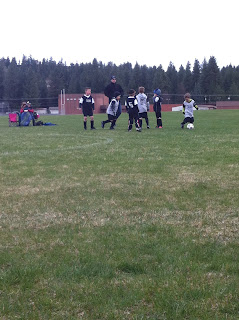 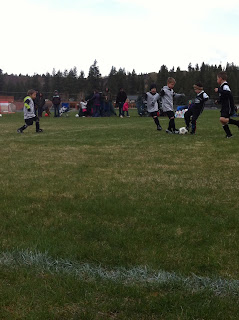 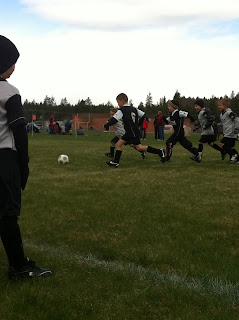 The games are played in eight minute quarters.  With a couple of minutes in between each quarter and longer at half.  Our coach split the kids into groups of three and had them play four minutes of each quarter.  It worked out great for all of the kids!

A great part about the league we're playing in now is that they keep the team together.  So as long as we all keep signing up we all keep playing together!

Preston is loving that he is playing on the same team as his best friend Zack too.  It's so cute!  He told Brad before the game that him and Zack are the best players on the team of course! 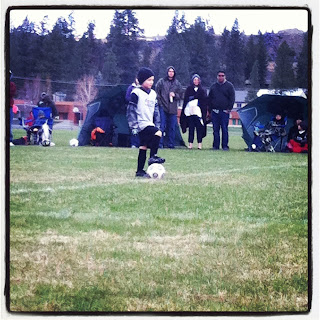 I can't wait for next week!

I do hope it's warmer though!