Bike Ride To The Park

The sun was shining and we needed out of the house. So I asked Preston if he wanted to take his bike out for a ride. Of course he said yes and jumped at the chance.

Side note, Mama is gonna have to get a bike. And one with a baby seat for Liv. I hate being left out of Brad and Preston's bike rides!

Preston put his helmet on and hopped on his bike and away we went! 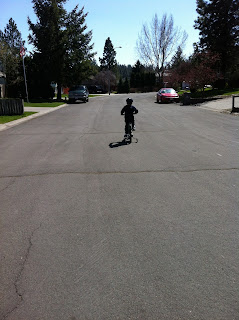 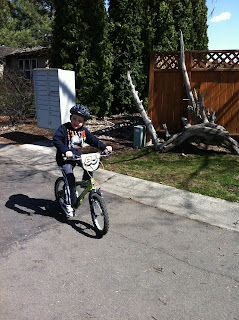 We rode, well he rode and I walked, to a park near the house.

Preston had the whole place to himself and he was ridiculously overjoyed about it.  As evidenced by him saying this when we walked up, "Hey there is no one here so I don't have to share!"

He was all over the playground! 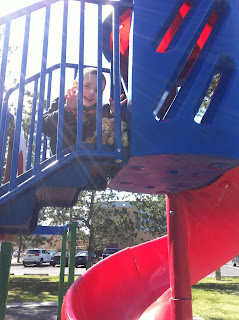 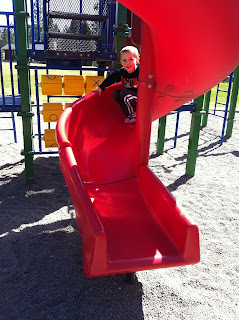 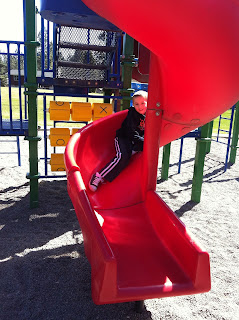 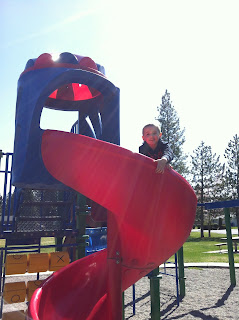 We ran into our neighbor and our dogs while we were there.  So Preston helped the dogs get some energy out.  Ha!

We headed home when I started getting cold.  Dang Spring weather.  Plus I wanted to beat the rush of after school pick up at the school the park was right next to.  Especially with Preston on his bike.