A Day With Friends

We had a big day planned! A whole day with some of our favorite friends. I can't even begin to tell you how excited Preston was. He was telling his teacher when I picked him up from pre-k about how he was going to go downtown with Zack and to the movies with Zack and to dinner with Zack. A whole day of Zack!

We got started by grabbing lunch on our way downtown. 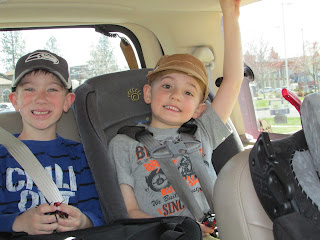 The plan was head down and let the boys all use their season passes to ride as many rides as they could handle.  Only problem was that we didn't do enough of our research.  The rides are only open on the weekends until June.  So they weren't open on a Wednesday and we were downtown for some fun.

Luckily mini golf was also included in the season pass and it was open for play! 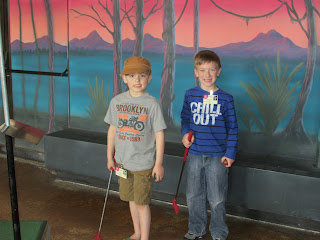 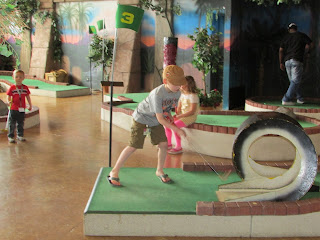 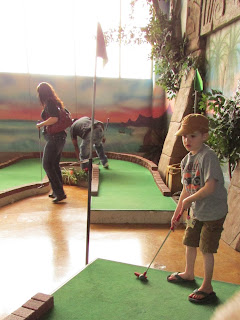 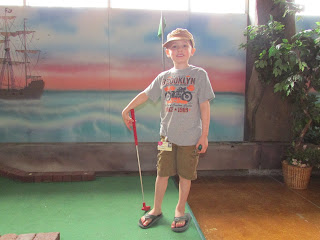 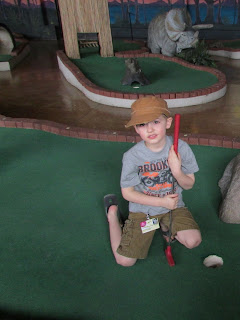 I tried to get a picture of all three of them and this is what I ended up with.  Every single time I look at it I laugh! 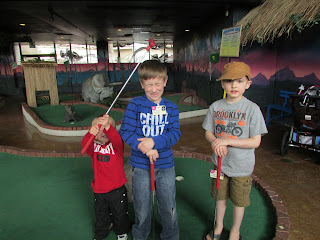 On the way out, we found a karaoke booth.  It was quite the hit with all of the kids!  Future American Idol stars up in here! 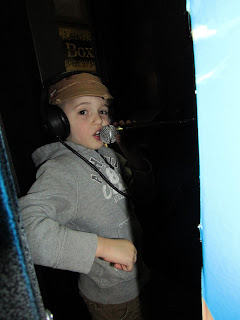 Me and my boy! 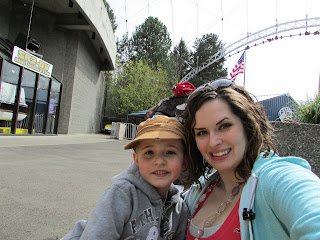 As we were leaving the gaming area Preston was begging for a bouncy ball and I was refusing because of the bazillion he already has at home.  Well a random nice guy overheard us and had just won one so he gave it to Preston.  Made his day!  And was very entertaining for the boys while we all took turns hitting up the bathroom. 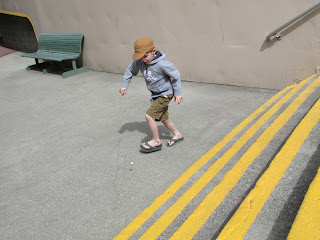 The carousel was also open!  Which meant the boys just had to take a ride.  Apparently Preston has also gotten big enough that I am no longer a free rider anymore.  What is that?  So after he was on his horse and buckled I had to either step back outside the gate or pay to ride.  Sad day! 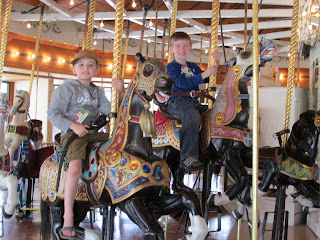 While I am totally not a fan of the birds in the park, specifically the geese, the boys were all about them and fed them the goldfish crackers we had brought with us as a snack.  Snack for the kids, snack for the birds same difference.  Particularly when they are having so much fun feeding them.  Even if us Moms were cringing at their lack of fear of the geese.  Geese are mean people! 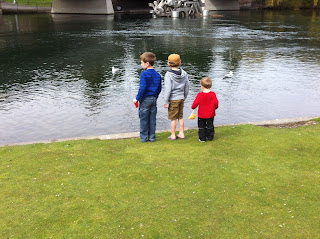 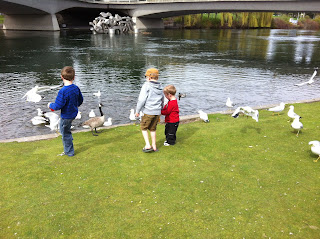 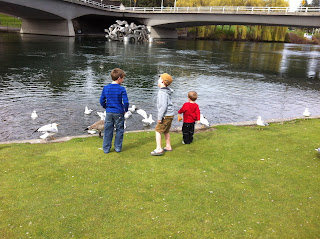 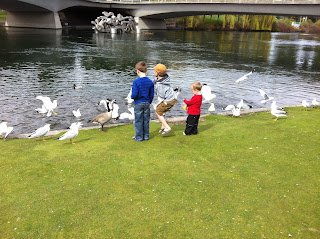 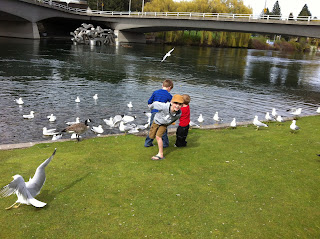 A theater near us was having Dollar Night and playing the kids movie Escape From Planet Earth so after a stop at a park that we'd never been to and some racing around we headed there for popcorn and a movie!  It was cute!  The boys all seemed to enjoy it!

Then back in the car to head to dinner! 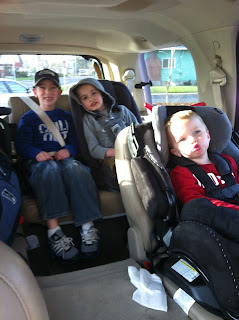 Chili's was doing a kids eat free promotion so we headed there!  Free food, just try to keep me away!  Ha!

The kids were all a little tired from all of the fun of the day.  And were all definitely hungry!  And cute! 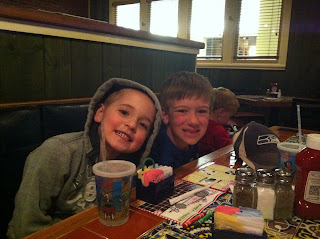 I love this picture of Preston and Zack!  Best friends! 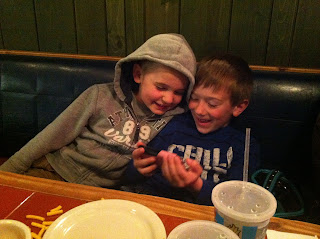 We ended the day after dinner.  Exhausted but from a fun day with friends!  Friends that I am so grateful we have!