We started talking about taking Preston whale watching a couple months ago. Then realized that we had a limited window with Olivia arriving. We wanted to go before she was born since we didn't want to take her as a newborn or a toddler.

Which led to us deciding to go whale watching when we were over in Seattle for Spring Break!

Even better it was whale season. Gray whales to be specific.

We decided to go with Island Adventures out of Everett.

So Saturday morning we all loaded up and headed that way after a stop at Starbucks for breakfast.

By some miracle of chance we not only got there on time but early.  It ended up being not such a good thing.  We had to stand on the dock and wait for a half hour. 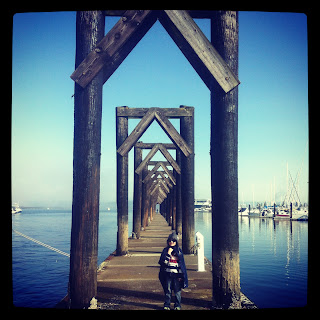 When we finally did get on board.  We found seats and waited some more.

There was a lot of waiting.

Preston was least thrilled about waiting for Brad to get him some binoculars.  He wanted those dang binoculars.  And was such a happy camper when he got a pair! 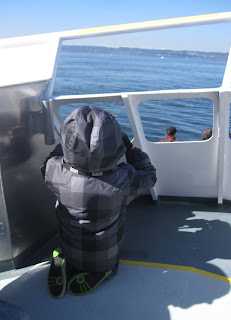 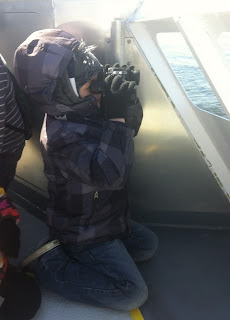 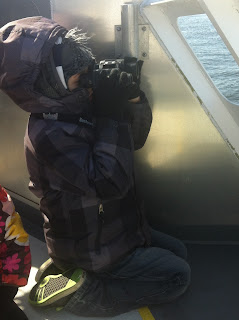 Finally the boat was loaded with all of the passengers and it was time to head out to find some whales.  It was also time for Preston to put his life jacket on.  Did you know that they don't require kids to wear life jackets?  Not happening.  While I realize it wasn't likely that he would actually need it if he did it wasn't like we were going to get a warning.  Better safe than sorry.

Plus it's not like he minded!  And how cute does he look! 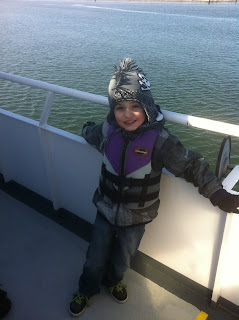 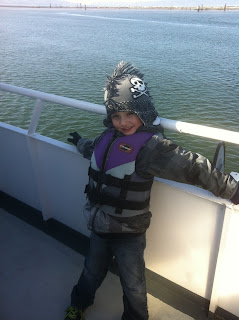 The boat headed out into the ocean and Preston watched carefully from the top deck for anything resembling a whale. 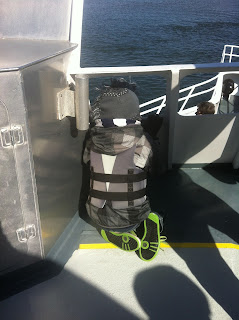 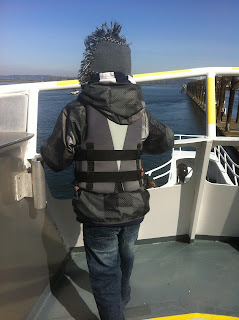 Not even ten minutes into the trip someone spotted one!  It was awesome!  Once we found it and saw where we needed to be looking to see it.

We did see four whales on the tour.  That was awesome.

I also got some pretty cool photos.  Especially the one of the fin when the whale did a deep dive! 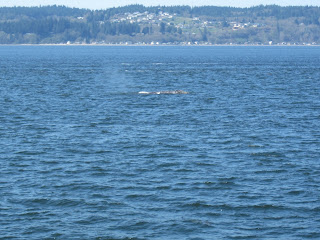 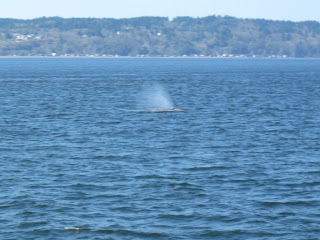 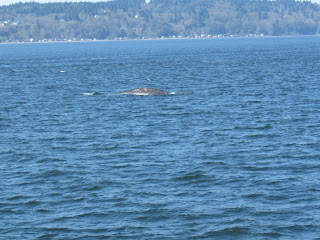 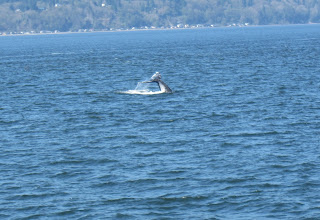 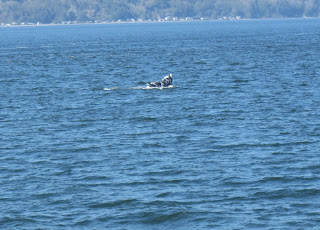 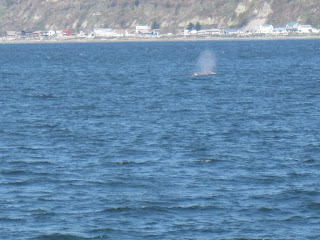 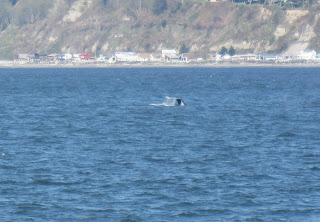 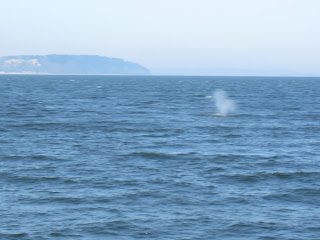 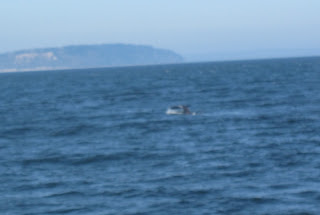 Just as we were all about to completely lose our minds and start swimming back to shore, the boat turned around and headed back to the dock. 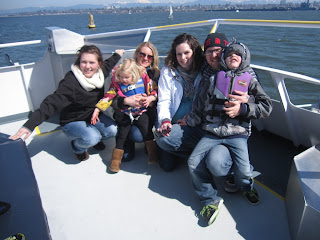 Brad and Preston playing on the way back! 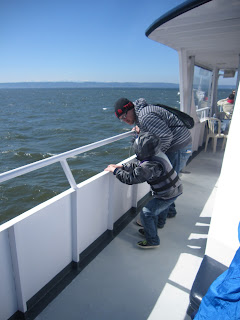 Back at the dock the water level had gone down a lot so we could see all of the barnacles. 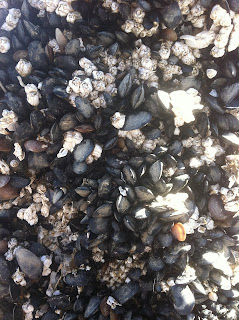 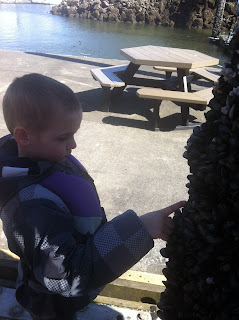 We stopped and took some pictures before heading back to the car!

The hubs caught sneaking a kiss! 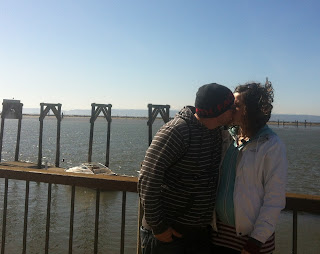 My little growing family!  I'd guess because of all of those stolen kisses!  Ha! 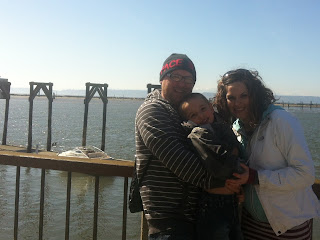 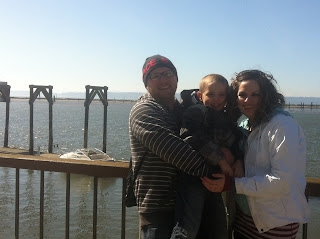 Even though we were ready to get off the boat by the time the whole thing ended we still had a good time! I'm thinking next time we'll try one of the orca tours since we were told the boats have to follow the pods because they move around a lot and they like to show off!