Madison's old nanny invited us to the Museum of Flight since she thought it would be something Preston would enjoy. Especially while they have the space shuttle there. We are all about exploring the different areas of Seattle so we made a plan and set a date!

It didn't go as well as I'd hoped.  The kids were both a little young.  Even though there were a lot of planes and they were pretty cool, they only held their interest for a few minutes and then they just wanted to race around.  Not exactly what the Museum of Flight is for.  Or really that awesome when I spent almost thirty dollars getting us in!  Ouch!

Add in that not only did Preston and Mads really just want to run around as if they were in a giant gym.  But also somehow they were both wearing shoes that were just too big.  So when they would take off running they would also lose their shoes.  I thought I was going to lose my mind!

There were some fun moments though! 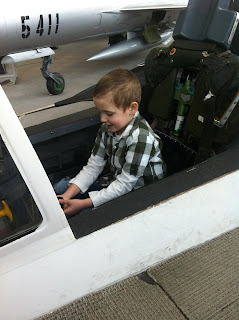 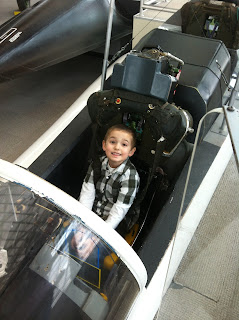 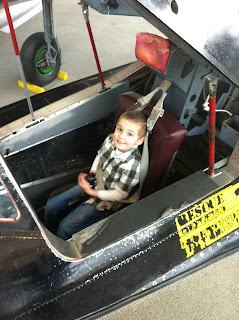 Or when Debora took both of them in the hurricane simulator! 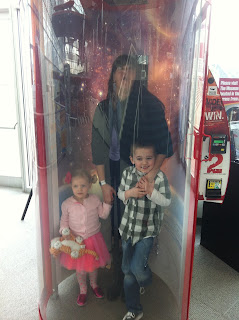 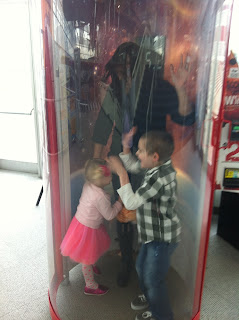 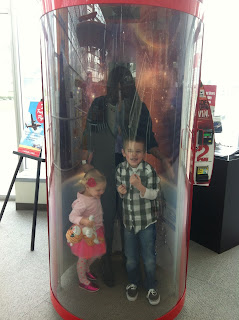 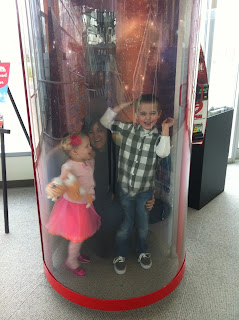 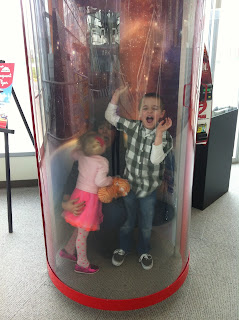 They both really enjoyed the kids area.  Probably because they were allowed to run wild vs me constantly asking them to please walk and not to run and stay on this side of the barriers and nope that one isn't for touching.  The kids area was much more fun.  Just in a smaller space.  They got to "fly" hang gliders and "fly" and Preston said crash a helicopter.  As well as take a pretend hot air balloon ride! 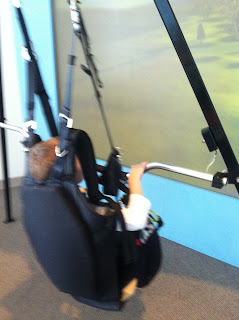 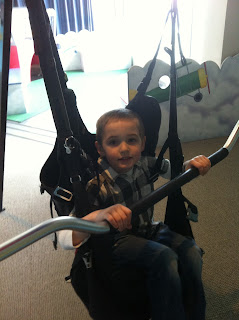 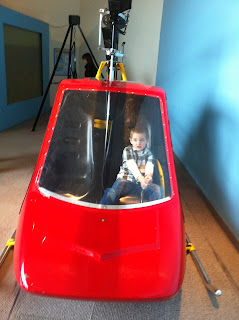 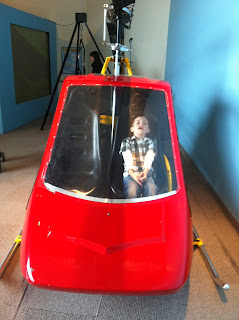 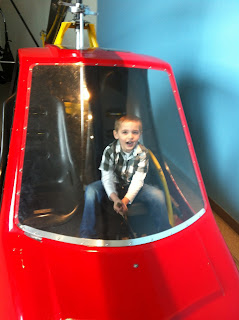 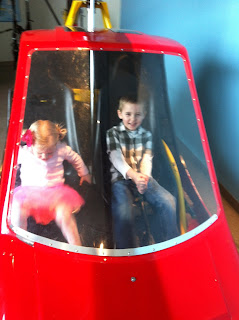 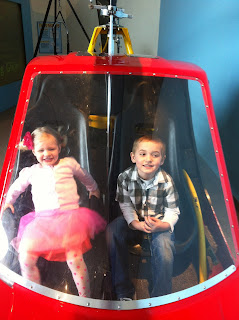 From there we headed up to the flight deck.  Where Preston got to listen to air control and see how planes get directed in and out.  We were even lucky enough to get to watch a plane land! 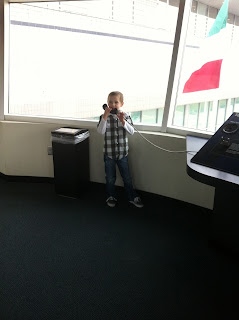 Next we climbed into a plane and got to take a look around.  Preston particularly liked the cockpit!  Even though we had to look from the outside and weren't allowed in!  Not that he really seemed to mind!  Boo!! 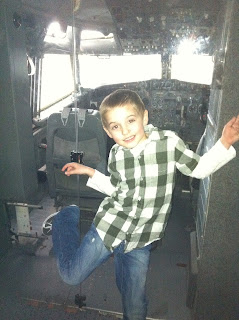 We headed over to see the Space Shuttle after seeing the last of the planes.  Only to be a disappointed that the most exciting part of the space shuttle, the inside, is only open on the weekends.  And there really wasn't even a way to see the inside.  The whole reason we came and we couldn't even see it!  Sad day!

We did get to see other stuff on the space side.  Like a space toilet and this space guy! 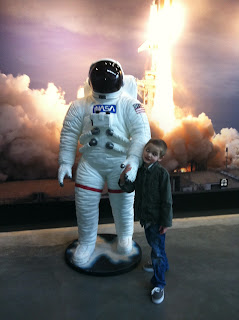 We headed outside hoping to save the day with all of the airplanes that you can walk in.  Only to realize that more than half of them weren't even open.  At least Preston and Mads enjoyed walking in the ones that were.

The day ended on a sour note with Preston screaming about I don't even remember what when we were leaving and then continuing to throw a temper tantrum for the first five or so minutes in the car.

An awesome way to end a trip to a place that I didn't enjoy all that much.

Let's just say that quiet time was much looked forward to after the whole Museum of Flight experience.