I put him in the eel class at the YMCA. I'm hoping it's the right class for him. It's hard to read the summary and pick what fits his skill level best.

He was so excited. Oh my goodness. He raced all the way in. And couldn't get in the pool fast enough!

I wish the lighting had been better in the pool area. Don't they know that some parents want to take photos? Sheesh! 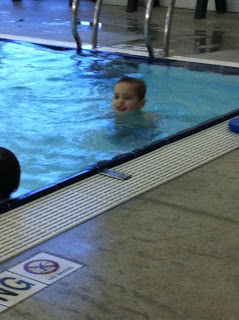 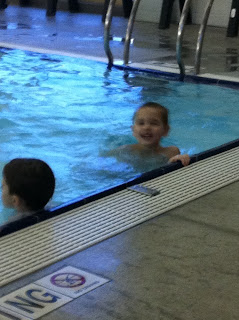 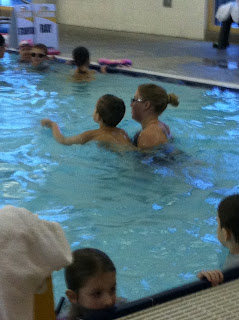 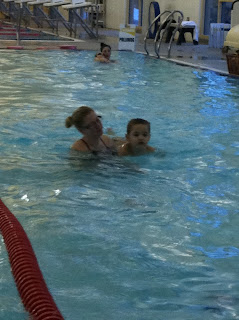 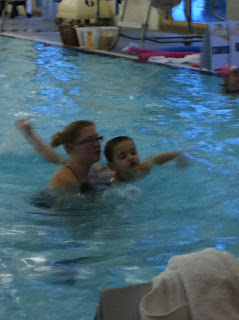 He got a little bit bored at points since his class is him and four other kids so there was a lot of down time.

That down time ended up paying off though.  Preston has plugged his nose since he started going underwater.  It drives me crazy because it means when he swims underwater he only has one arm to swim with as the other is plugging his nose.  Today though at swim lessons while he was waiting for his turn with the instructor he decided to try going under without plugging his nose!  And realized it wasn't so bad!  And kept doing it!

I was ridiculously excited!

Swim lessons did make me realize that we might have to join a gym.  Not to work out.  Just to swim.  Preston loves the water.  And I practically grew up in it.  We both miss swimming when it gets too cold to swim outside.  And let's be real, around these parts it's too cold to swim outside like nine months out of the year!  I think I'm going to have to start looking into memberships.

Until then, Preston has swim lessons!  Where he can no go underwater without plugging his nose!!