The same as every year we had our family Super Bowl party at my Grandpa's house!

Down in the Man Cave. 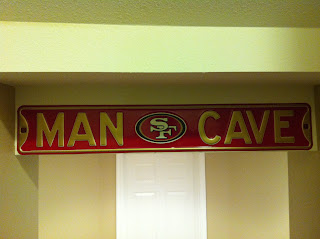 Ahem, the 49ers Man Cave. Can you tell who my Grandpa's team is? Pretty obvious who most of us were rooting for! 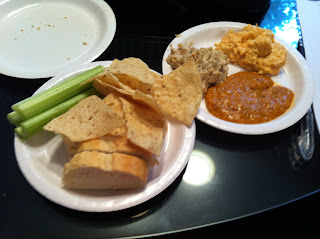 I love the food.

There were also sandwiches.  On good bread.  I was drooling over them.  They looked so good.  I'm pretty sure my cousin was a little creeped out by all my questions about his sandwich.  He even offered it to me.  And like a good pregnant girl I turned it down.

No sandwiches.  No beer.  At Super Bowl.  Pregnant girl problems.

We placed some bets. 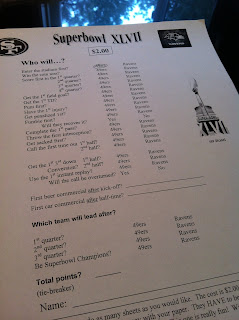 Preston helped draw the numbers for the bets on the scores at the end of each quarter. 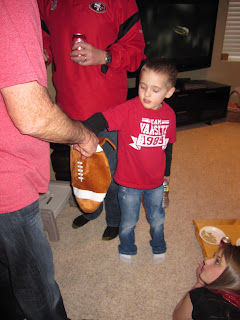 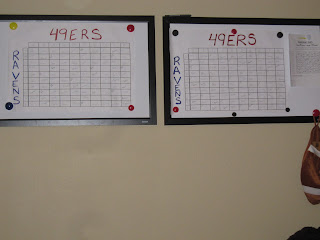 My Uncle was a little bit confused about which teams were playing and that the Steelers didn't make the cut this year. 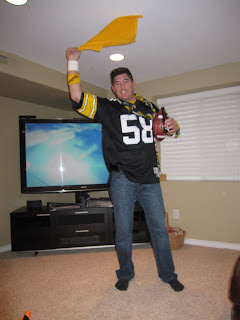 My Aunt's Dad was actually at the game.  So jealous!  He was sending her pictures from his seats! 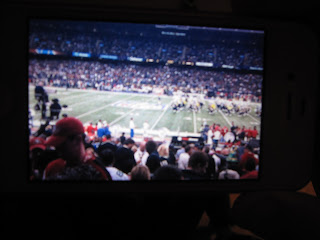 Best part of the day?  Preston won!!  He was so freaking excited! 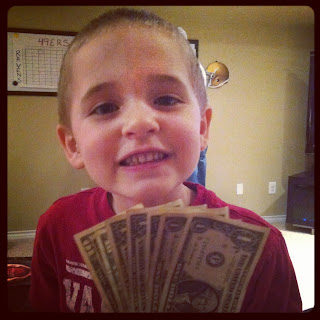 I hope you all had a great Super Bowl too!