Who goes to the zoo? 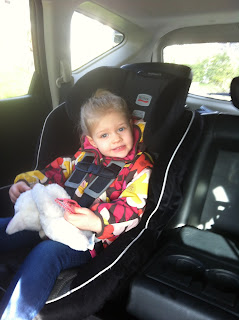 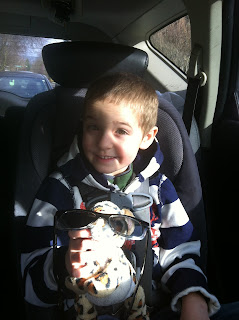 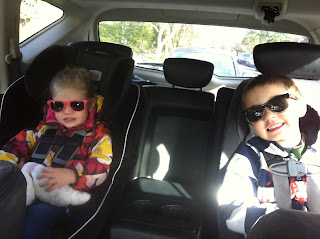 I honestly don't know who was more excited me or the kids! 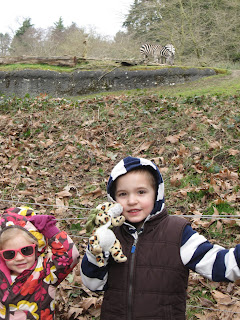 We were going to see the lion cubs!  They had just put them out on display a week or two ago and me and Preston had been reading and watching videos the zoo posted about them since they were born.

So of course they had to be one of our first stops when we got to the zoo!

It wasn't quite what we expected.  I thought we'd just be able to walk right up to the exhibit and see them.  But instead they had part of the lion exhibit separated off and you had to wait in a line for your turn to go in and see them.

It was worth the twenty minute wait!  They were so fun to watch!  And so active. 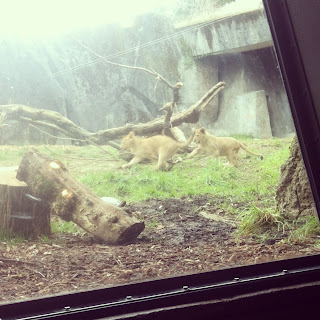 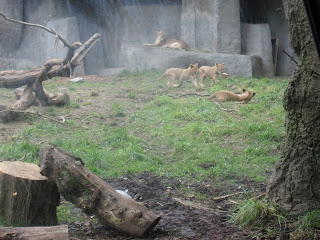 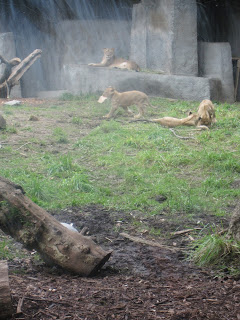 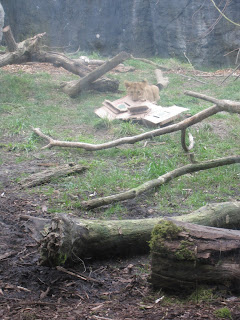 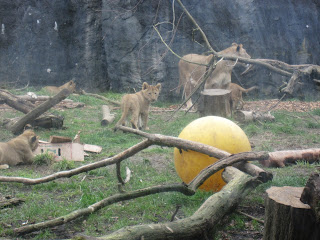 Me and Preston were totally into watching them.  Madison was more interested in the rope keeping us back from the window!  What can I say, obviously we're all easily entertained just give us some lion cubs and a rope!

It wasn't all that surprising that Preston was so into the lion cubs.  His favorite movie right now is The Lion King.  And he is totally a cat person.

After the African Savannah and the lion cubs we headed in to see the Komodo dragons.  I think Preston always thinks he's going to see the kind of dragons that the knights slayed to save the princess and is always a little disappointed that it's not the case.

There was an empty bench just sitting there when we walked out so I took the opportunity to force Preston and Madison to sit and smile while I took their picture! 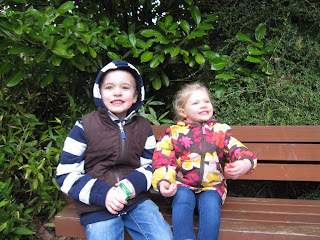 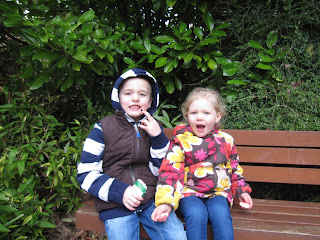 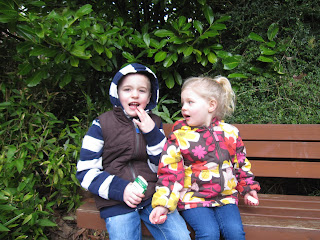 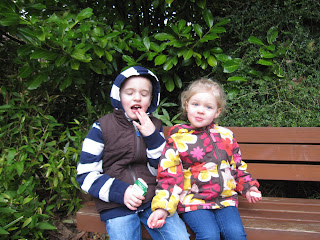 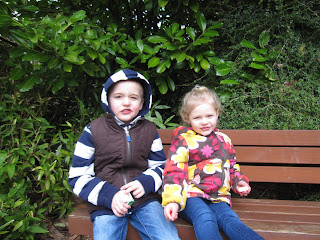 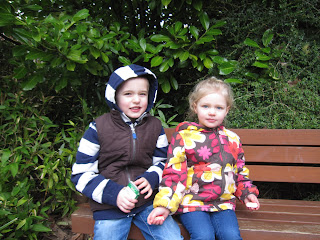 Not too bad!  A couple of cute ones!  And a couple that make me laugh!

We visited the Northern Trail next.

Where Preston hid in a little den on our way down the hill! 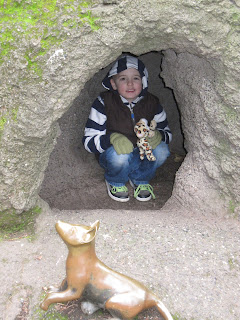 We saw the wolves.  But Preston wasn't all that impressed since they only have white ones and he expected to see other colors of wolves as well.

They both did have a blast copying the wolf howls.

And I managed to survive taking all of us to the bathroom at once.  It was quite the feat since it was a family stall and I had to pee too.  And keep both of them away from the door when Preston thinks it is hilarious to joke that he's going to open in and convince them not to touch anything!

The bear was in the process of licking a bone clean when we walked in.  I thought Preston and Madison would be totally into it.  They weren't. 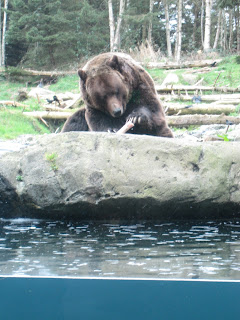 The water that the otters were swimming in was much more interesting. 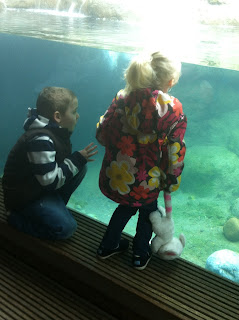 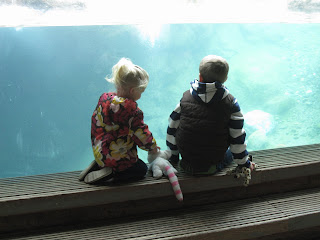 This time they more than made up for it!  The Mom and both of her cubs were out and the cubs were putting on a show!  Racing around and wrestling.  Jumping all over each other. 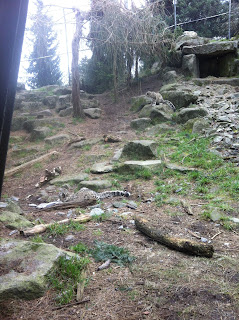 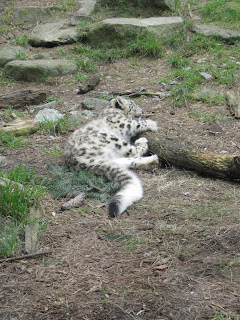 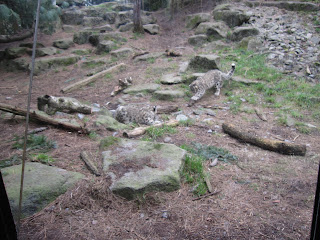 Preston and Madison both loved it!  Especially since they could stand right up against the glass to watch them play!  It was like an up close and personal show!

The perfect way to end our day at the zoo!

Well after we stopped in the gift shop, Preston always get a new kitty when we visit the zoo and Madison picked out a little tiger!  We couldn't leave without new lovies!