Today we loaded up and headed to the Pacific Science Center! 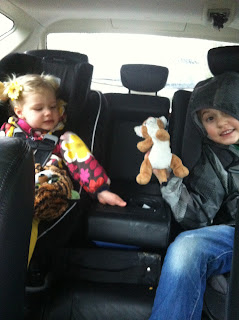 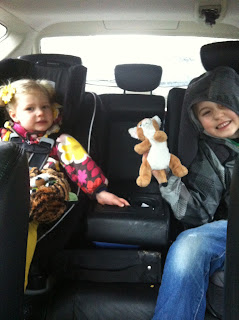 You'd think they would have wanted to get out of the rain.  Not so much.  First stop was the outside water toys! 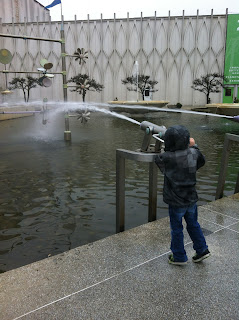 Do you think they were excited? 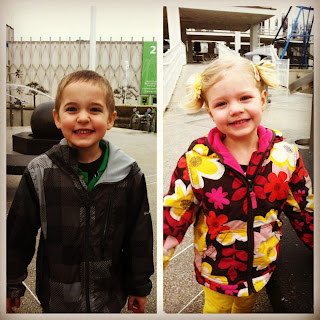 We headed inside and they both got sucked into the ball game.  It was quite the hit.  We stood there for at least ten minutes while they each threw balls in and watched them spin around and around. After seeing the dinosaurs, very quickly, we made our way to the bugs! 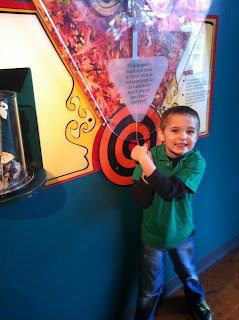 Where our timing was perfect because they were just pulling out the Madagascar Hissing Cockroaches.

If you'd guessed that they'd run in the opposite direction, you would be very wrong.  Both Preston and Madison were all over these bugs!  They each took turns petting them.  And were actually bummed out that they didn't get to hold them! 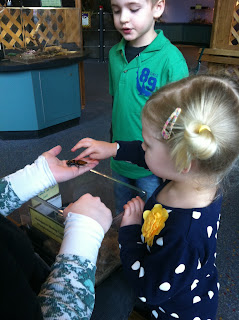 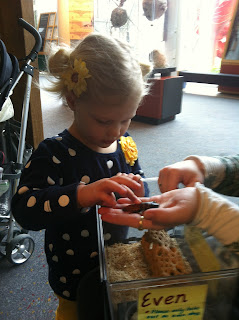 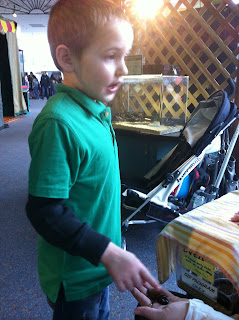 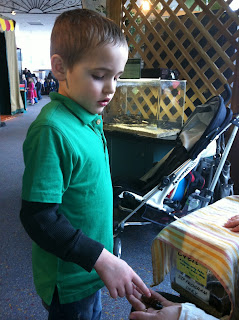 I, on the other hand, stood back and took pictures from a safe distance.

Next we moved onto a much more fun area, the tide pools! 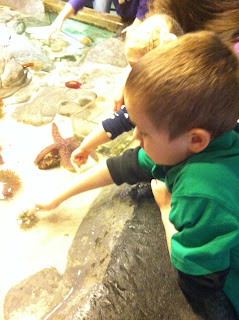 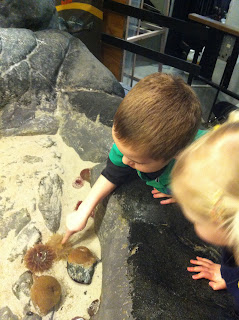 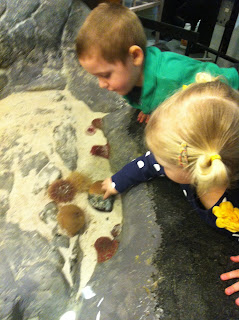 In the same area we played with the water table.

Until we moved onto some arctic camping.  Brrrr! 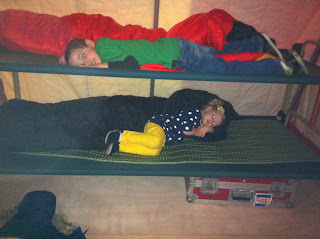 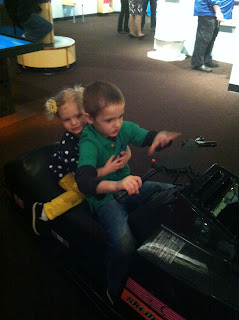 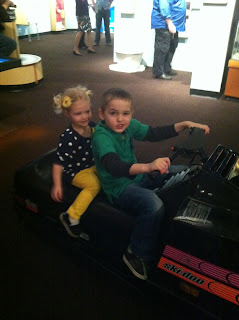 They must have worked up an appetite because the final exhibit we played in before heading upstairs to have lunch was this little lunch building cafe.  They sat at these little computers and built their meals and learned about nutrition.  Or at least that was what they were supposed to be learning.  They were more interested in watching the conveyor belt go around and grabbing random things off of it and scanning them into the computer and moving them around on the screen. 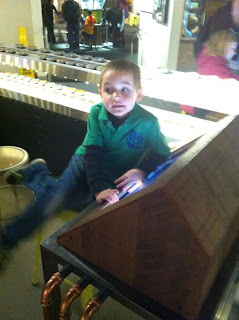 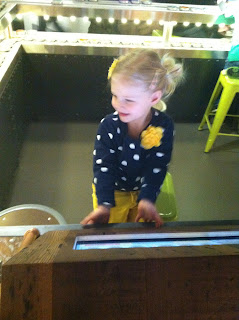 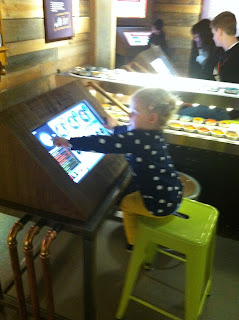 As always the science center was a hit!