Preston's pre-k class put on a Valentine's Day concert the night of Valentine's Day. Since it was at night we were able to invite everyone to come and watch him!

The whole chapel was full of parents and grandparents and family members!  It was a little bit of a madhouse!

We found seats but then I ended up on the floor up front so that I could take some pictures!

Preston had been practicing his songs for a couple of weeks.  And I'd gotten a sneak peek of the show when I helped out in his class earlier in the week.  So I knew it was going to be cute!

Preston was in the back row and on the end so he kept wandering a little bit while they were performing!  Him and his class did an awesome job with their songs and with sitting while the other classes sang! 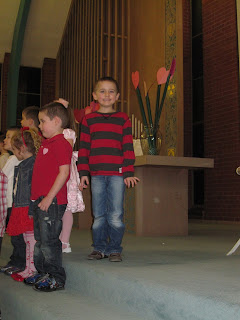 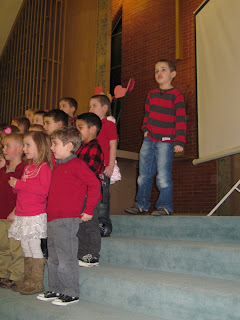 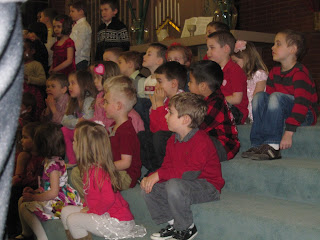 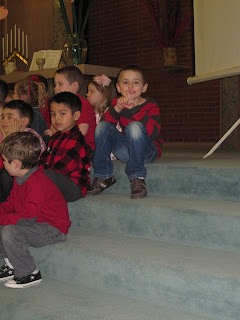 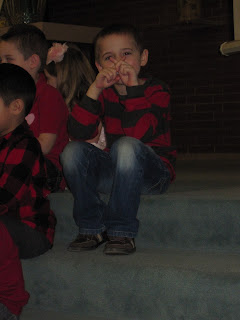 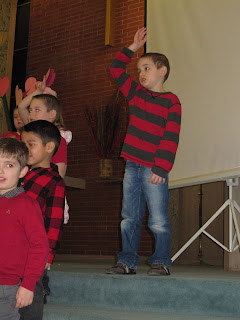 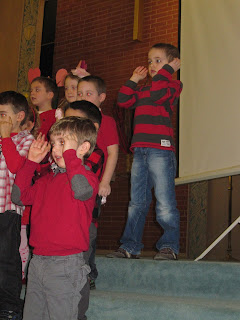 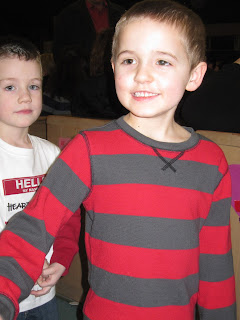 When the show was over we all headed down to Preston's classroom for desserts! Preston of course chose a cupcake!  And then proceeded to just lick the frosting off! 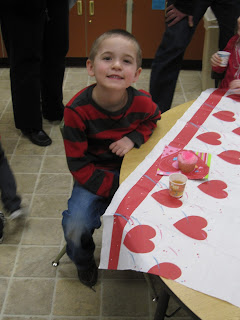 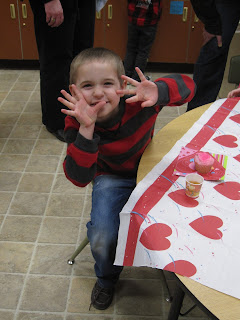 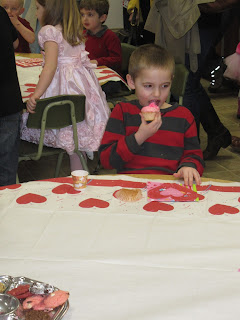 Preston and his buddy Cohen! 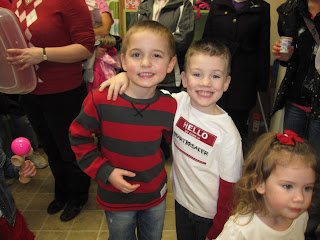 Preston and his teacher Mrs. Suzy! 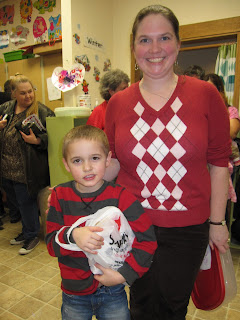 We'd all worked up quite the appetite, so afterwards we headed to Shakey's for pizza!

Not quite the romantic Valentine's Day I might have dreamed I would have many many years ago, but perfect anyways!