Me and Preston followed Brad to Bellingham again.

He had some work over here so the hotel was paid for and we figured what the heck, lets tag along!

The drive over was long.  So it's goo that we're going to be here for a while.

But being here for a while means me and Preston needed to find some things to do during the day while Brad was working.

One, okay many, internet search later we had plans for our first full day.

The falls part is what caught by attention.  Preston is obsessed with waterfalls.  I knew he would love this.

Turns out the waterfalls weren't the only fun part.

There was a playground.  Two in fact.  An upper and a lower.

There was also a fish hatchery worth checking out! 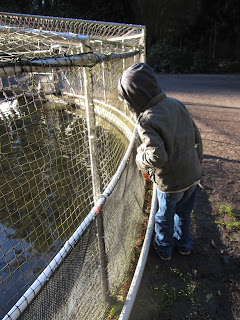 We walked around and peeked in on all the different sized salmon!  And found favorites.

Before we headed into the main part of the park.

The main falls were so big you could hear them as you walked in.  Preston was thrilled and bouncing around in anticipation of seeing the waterfall!

I made him stop and pose for a photo. 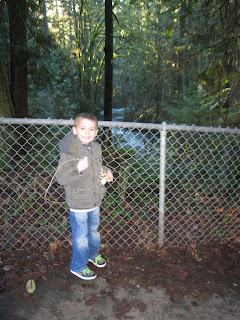 This one was all him.  Can you feel the excitement? 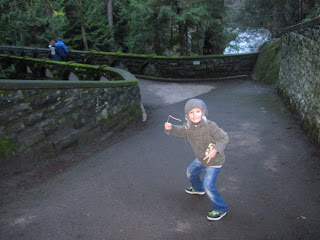 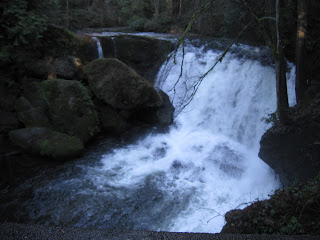 The falls did not disappoint.  Preston was thrilled to stand there watching them.

Until he saw what was on the other side.  And decided we need to hike up the hill to get a better look.

Is it gorgeous here or what? 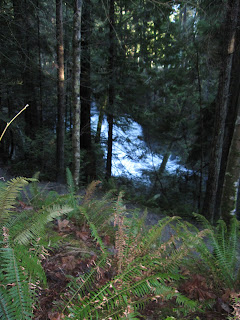 From our view up top I could also see an area we could hike to and get closer to the water.

And of course take more photos. 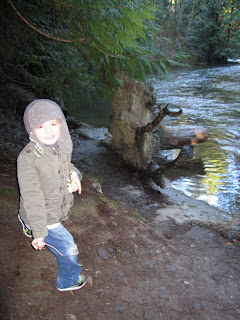 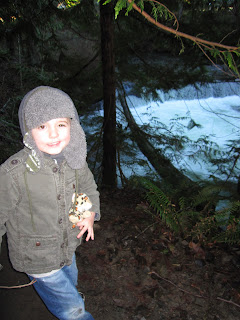 I have to say how much I love that Preston is pointing to the waterfall behind us, just in case you might have missed it! 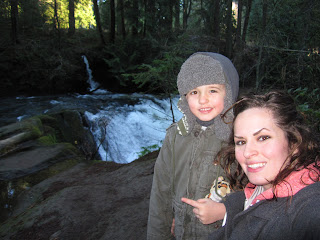 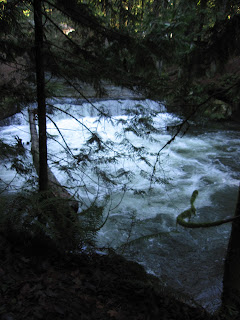 Since it wasn't quite freezing out and we didn't have anywhere else to be, we decided to explore a little and picked a trail to follow. 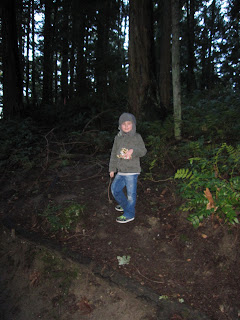 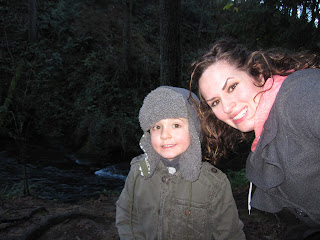 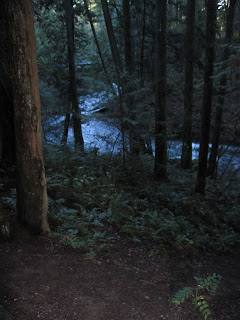 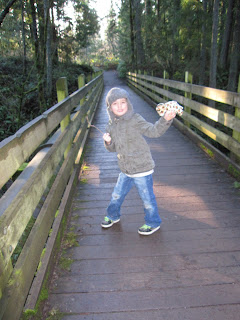 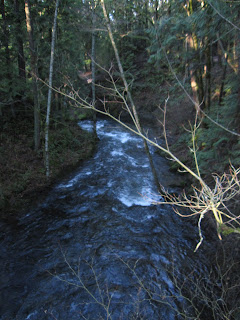 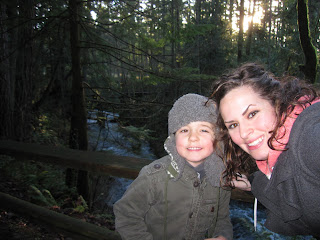 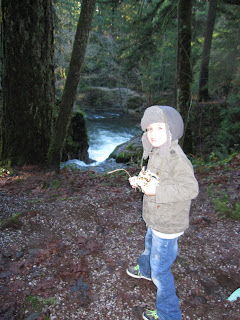 I do not have a great sense of direction and typically don't head out to explore like this without Brad, so after a while I started to decide we needed to head back.  Only I wasn't sure if we actually needed to head back or if the trail would loop.  I tried pulling up a map of the trails on my phone to read.  But yeah that not so great sense of direction also means that I don't read maps all that well.  So it was just a whole lot of lines to me.

Luckily we found a fork in the trails.  With a wooden post that shared where each fork led.

So we were able to find out way back without turning around.  And before I started to panic that it was going to get dark and cold and we would never find our way out.  I may be slightly dramatic about things sometimes.

But we did it.  Back to the main waterfall.  And the beautiful stone bridge that led over it.

Where my beautiful little boy posed all on his own just like this.  And I died at the cuteness. 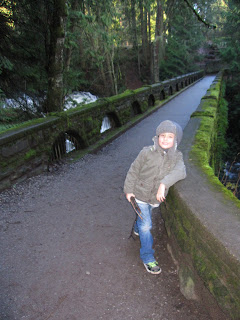 Then I made him take one more photo with me. 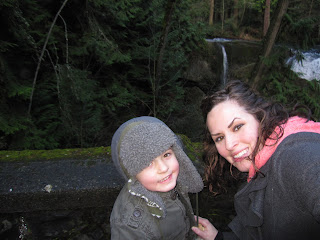 Before we headed back to the playground so he could play and run around. 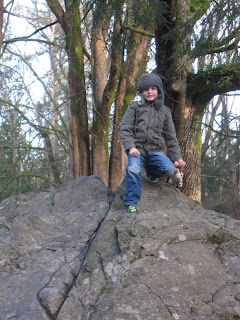 Until it finally got too cold.  And I insisted that we head back to the car to meet Brad at the hotel!