We were out of town this whole week of pregnancy.

We spent the weekend in Seattle with Brad's sister and the week in Bellingham exploring while Brad worked.

It is so good that I'm feeling good again! I just can't get over it!

Not to mention how great it is to have enough energy to do things again. Like walk around Ikea. Or take Preston to the zoo. Just a few weeks ago I would have dreaded the idea of doing either one of these and now no big thing!

My sister in law used her crock-pot the whole time we stayed at her house and I went ahead and tried to make up for all of the food that I didn't eat the first fifteen weeks. It was soooooo freaking good.

We did some swimming in the hotel pool too.

I played around with the windows in the pool area and took some photos of my bump while I was trying to decide if I was going to swim or not. 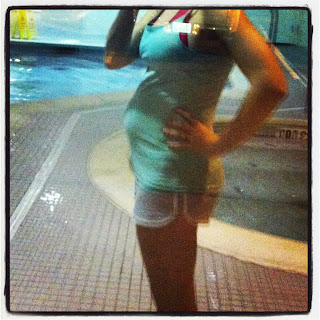 I did decide to swim.  Which means I had to bust out my bikini.  And show off the baby belly. 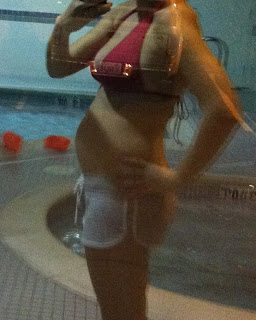 Ummmm also, my boobs.  They are growing.  And won't stop.  I'm already up a full cup size.  That part about wearing my bikini was really not so fun.  I can't wear my pre-pregnancy bras at all.  So I had to go out and buy new ones.  Which means I'm also not going to fit in my nursing bras I saved from Preston since I'm pretty much already at that size now.

Because I took them, here are more eighteen week belly photos... 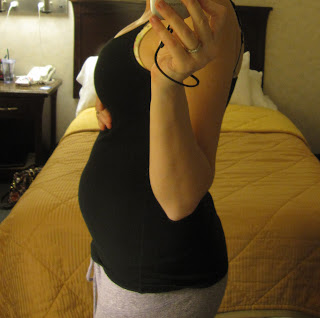 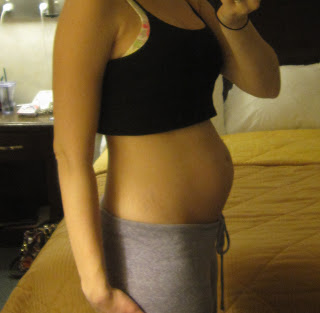 Totally honest, I am loving the bump!  I'm sure in twenty weeks I won't be saying that!  Ha!

Next up nineteen weeks!