With all this snow that we've got happening, we had to do some sledding.

Jen suggested it to me since they don't get a whole lot of snow in Seattle.

At first I was not all that for it. Being pregnant and all I knew that I wouldn't be doing any sledding. But Brad thought it sounded fun and we knew that Preston would love it so we hopped on board!

It was cold but we were bundled!

We headed up to a park not too far from us and the best part was that since all of the older kids had already been sledding there the hills were already ready to go and packed in!  And even better they'd made a couple of jumps.  Preston of course being the daredevil he is was all about the jumps. 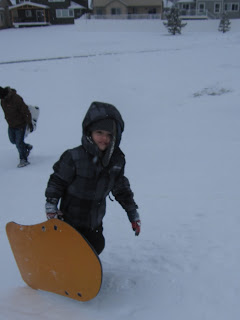 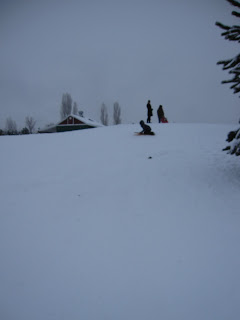 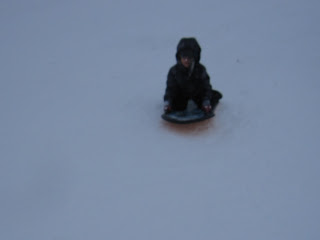 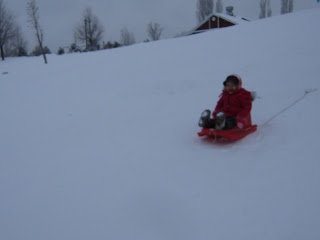 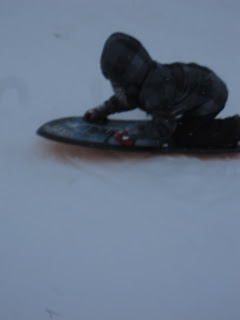 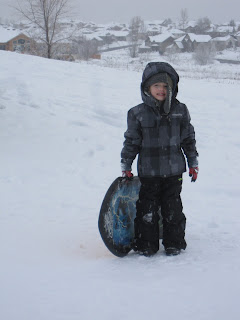 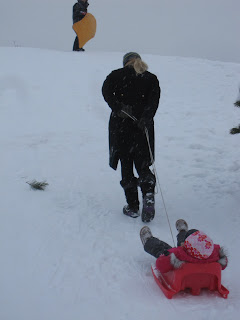 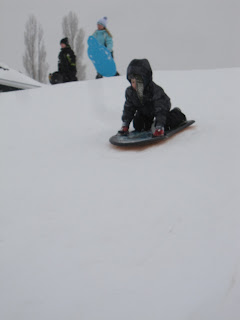 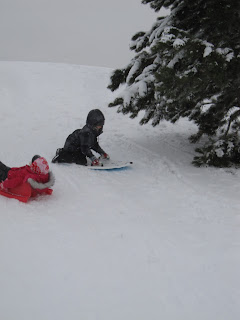 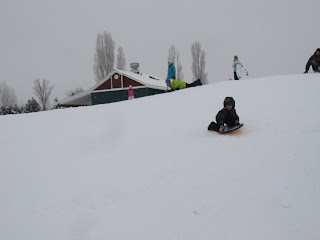 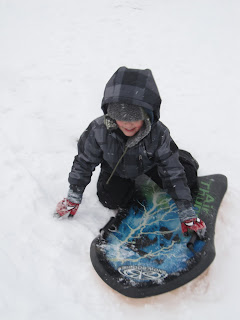 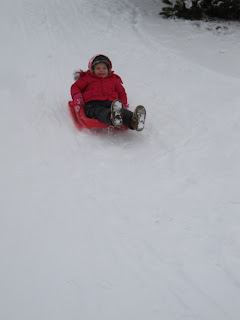 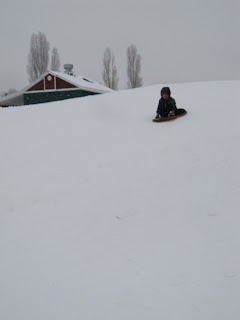 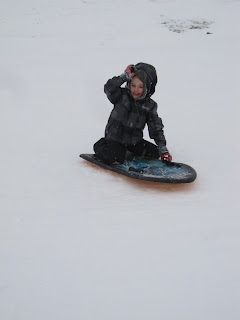 Is it obvious that fun was being had?  Preston and Madison were loving it!

Brad and Preston actually stumbled across the jumps by accident.  The big white mini hills didn't exactly stand out amongst the giant white hills.  But once Preston found them he was all over it.  Brad ended up marking them so that littler kids wouldn't hit them hard and get hurt.  Plus it made it easier for Preston to line up with them to hit them since he wanted to see how high he could go!  My brave boy! 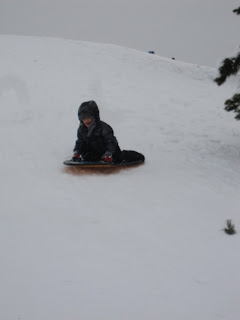 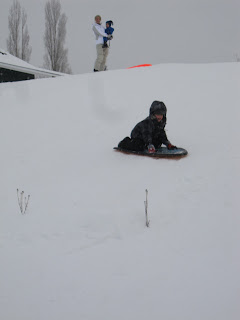 Before long Preston and Brad decided to move over to the bigger hill.  So we headed that way for more sledding.  Even better for me about half way down that hill there was a bench, so I could sit and take pictures.  Unfortunately for Preston while the bigger hill meant more sledding, it also meant the hike up was that much longer!  You sled down it, you hike back up it! 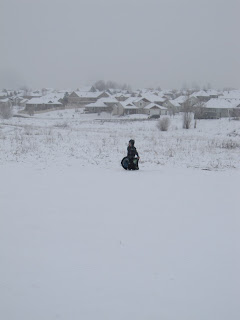 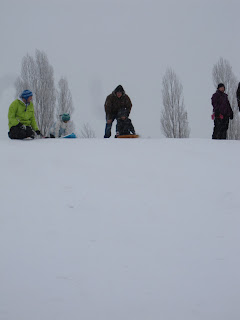 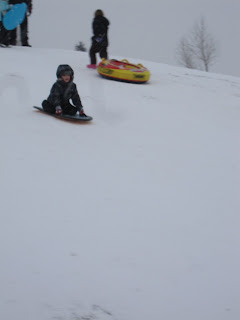 Before long he was tired!  And the playground was calling to him!

Some swinging and trips around the slides.  And a failed attempt from Preston to convince Brad and I that he should totally be allowed to climb all the way up the giant slide.  Poor kid, we're so awful for refusing to let him climb up the icy death trap. 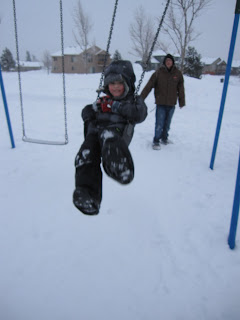 When Madison headed over to the little kid swings, Preston had to as well.  He got into the swing just fine.  But getting out was a whole different story.  He was stuck!  He was too big and wearing too many layers.  We ended up having to take his boots off and Brad had to lift him out from an awkward position so that Preston could just slide out!  But we were able to get him out so he could come home.  For some reason he didn't think the jokes that it looked like he was just going to have to stay at the park were all that funny. 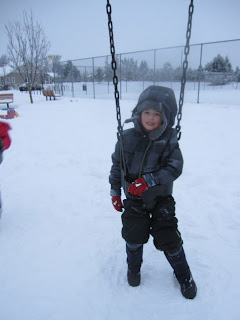 Before we headed out, we took a couple of photos! 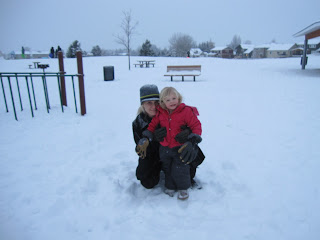 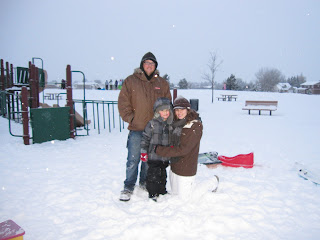 Some last minute seesawing...in the snow. 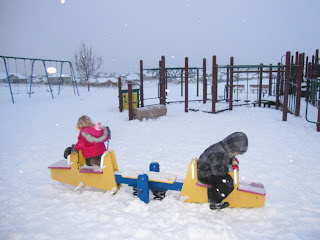 Preston's ride back to the car.  He was exhausted.  I was jealous that he claimed the seat on teh slde before me!  Ha! 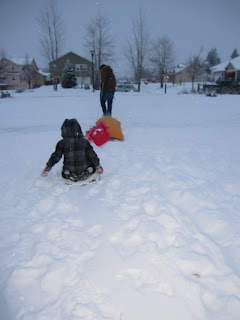 Now the snow can move on anytime.  We've had our fun with it, Christmas has passed, and I'm over it!