Such a big boy!

He had his third birthday party at Chuck E Cheese, Preston was so excited about it!

The boys were all over the place, playing with all of the games and riding the rides and climbing through the tunnels. 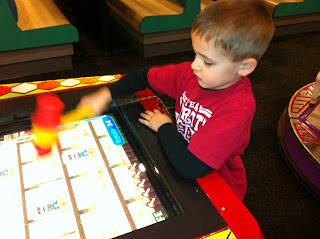 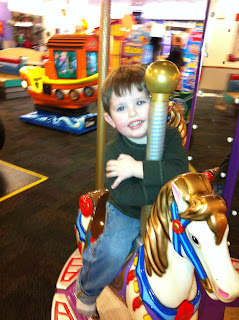 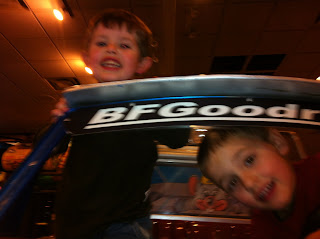 They really only sat still long enough for cupcakes... 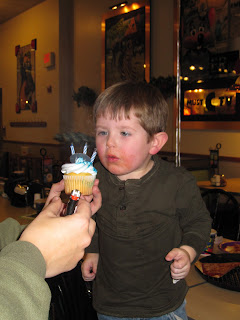 We got Mason a helmet and his first bike!  I think he was a little excited!  Especially when him and Preston took it for a spin around Chuck E Cheese! 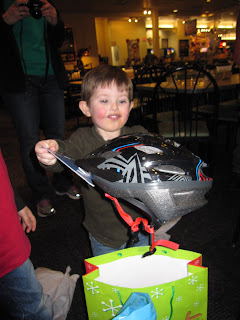 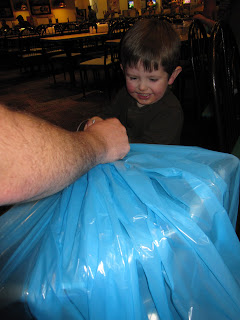 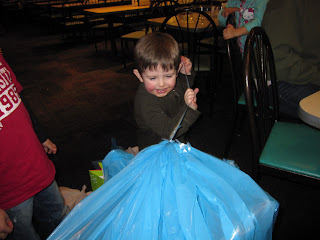 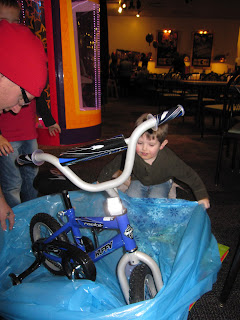 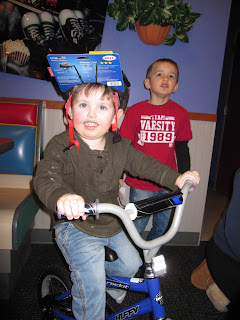 Me and Brad also took turns forcing Preston to sit still long enough  to eat some of his dinner.  It is so hard getting him to eat when there is playing to be done!

A bit hit of the night was this racing game.  It would take your picture.  Which for some reason was entertaining not only to Preston but also to my Dad.  Two peas in a pod. 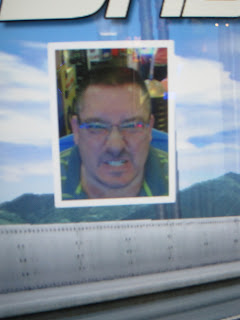 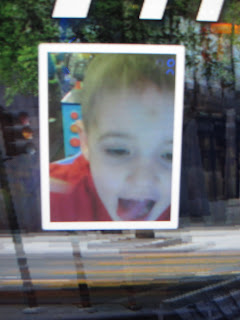 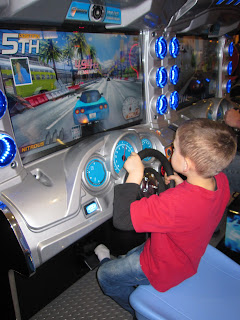 Happy Birthday Mason! I hope you had a great third birthday party!! We love you!