Elf The Elf Has Arrived!

Preston was so excited that Elf the Elf was back!

Apparently we should have introduced Preston's army men to him (as a Christmas present last year they've never met Elf the Elf!) or at least let them know to expect him. Looks like they thought we had an intruder and did their best to make sure we were protected! 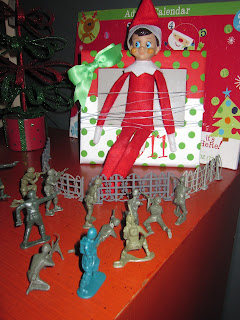 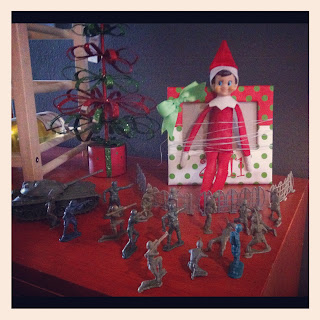 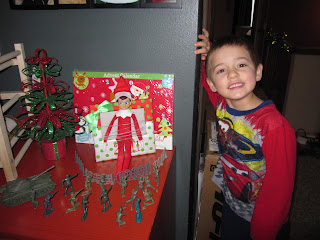 It looks like Elf the Elf even brought Preston a little surprise.  A chocolate advent calendar!

Preston was a little confused about how his army men were able to catch and tie up Elf the Elf.  So after taking a couple of pictures we snuggled in on the couch to watch Toy Story for some explanation on what those army men are up to when he's not looking.

I'm guessing at this point I should just tell him to go ahead and send me the therapy bills when he's older if he winds up being convinced that his toys come to life!  Ha!

Can't wait to see what else Elf the Elf is going to be up to this year!