You can't have Christmas without a tree.  So we headed up to the tree farm to find us a tree!

It was us, my parents, and my siblings.  Minus Shannon who just had to go and move away.  Dang her and her army husband being stationed elsewhere.

There wasn't any snow this year but it was still cold so we bundled up.  And poor Preston was still wearing his basketball pants which aren't all that thick so I forced him to wear his snow pants.  At least he was warm! 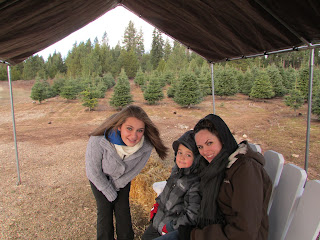 We took a hay ride up the hill to the trees.  Preston was excited! 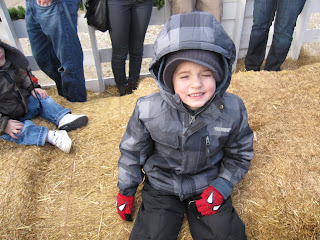 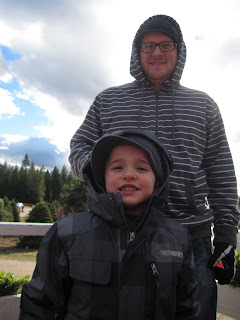 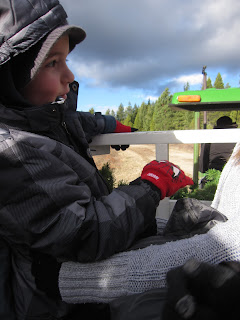 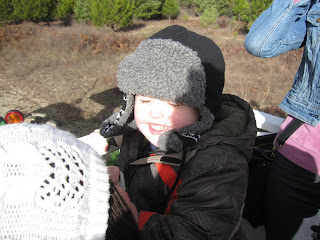 Once we got up there we had to hike up another hill to get to the trees we wanted to look at.  True story, this prego chick almost didn't make it.  I mean who grows trees on a hill?  What is that?

But we all got up there!

And the search began. 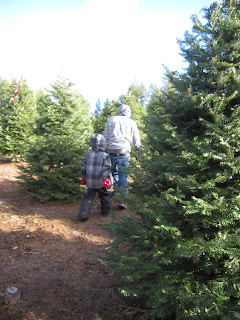 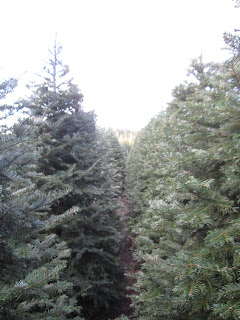 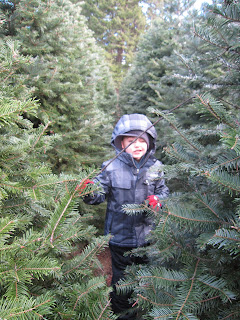 There were sooooo many trees.  So many.  Rows upon rows.  Preston had a blast running around in all of them.  He also took our tree search very seriously.

Brad picked his favorite.  Preston and I vetoed it. 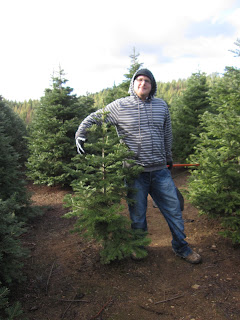 Preston picked his favorite.  Which Brad and I vetoed. 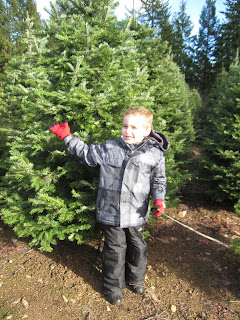 Somehow every year we find a tree.  A tree that is just awesome.  And we find it early on.  Only I insist that we can find a better one.  Every. single. year.  This year was no different.  Brad and Preston found a tree that would have been just great.  And I said we should keep looking because we had just gotten there so there had to be better trees.  Cue us half an hour later having ruled out the other trees and attempting to find that tree again.  It didn't go well.

When we stumbled across this beauty!  And Preston declared it perfect so it became ours. 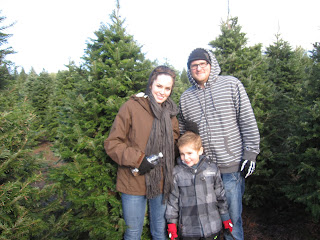 Then the part Preston had been talking about since we got to the tree farm arrived.  Preston was ridiculously excited about cutting the tree down.  Must be a boy thing!

He didn't get to do a lot of the work since being five years old and sawing a tree down don't really go hand in hand.  But he did get down there with Brad to get a look at what was happening and try to help. 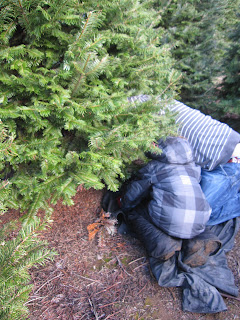 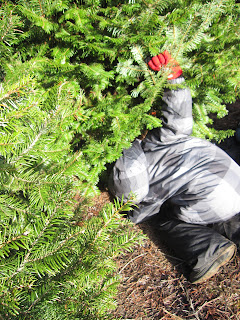 It's always been a tradition in my family that when the tree falls it falls on somebody.  I have no idea where it got started but it's been around since I was little.  So as the tree started to fall my Dad asked Preston if he wanted it to fall on him and at first he was hesitant but after some reassurance from Grandpa that he would hold onto it and not drop it on Preston, he hopped right under the tree with a smile! 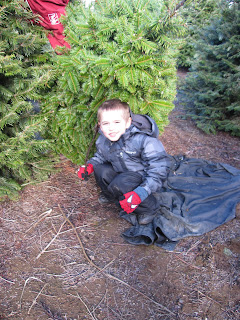 Now we just have to take our tree home and decorate it!

I seriously love this tradition, it is one of my favorites and I love seeing how much Preston enjoys it too every year!