Preston did not wake up right away on Christmas morning.

In fact my Facebook status at like 8:30am was, "Dear Preston please wake up soon. Mommy is excited about Christmas and trying very hard not to wake up you!"

Finally at like 9am he did wake up! And all on his own with no prodding from me! Ha!

He announced "I woke up!". Then jumped out of bed and raced upstairs. 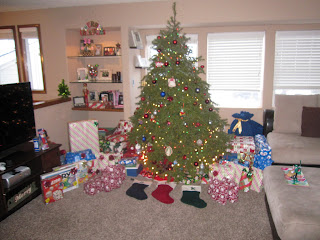 Preston immediately got started on the piles of presents under the tree! 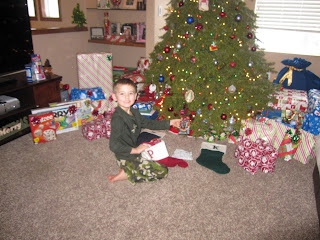 He was so much fun this year.  He was just so expressive about all of the things that he got!  And so into it.  He's been into it for a few years now, but this year it was just more so.

The things he was saying as he opened his gifts.  Oh they were hilarious.  Me and Brad couldn't stop laughing!

He was very impressed with his gifts from Santa... 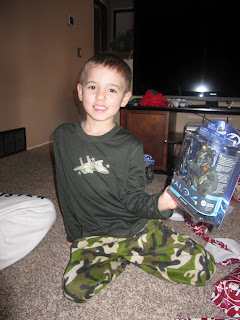 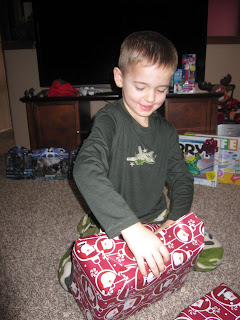 And just because it makes me laugh every time I look at it and I'm sure one day he will hate that I took a photo of him picking his nose.  Which was totally accidental, but still hilarious! 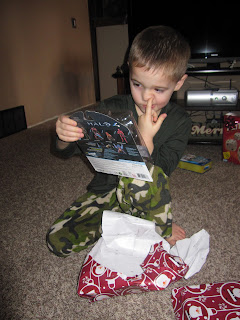 Elf the Elf even left a gift for Preston before he climbed on Santa's sleigh and headed back to the North Pole. 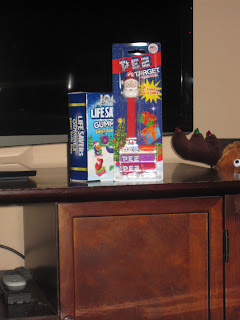 Once we'd finished with our stockings and the gifts that Santa brought, we dove into everything else under the tree! 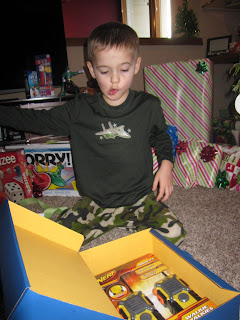 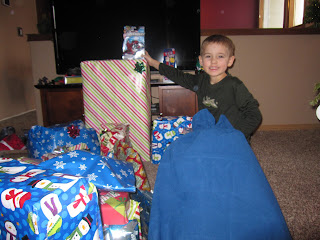 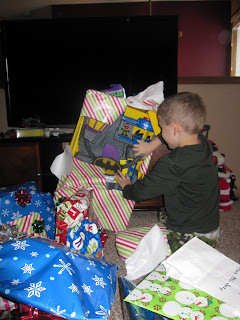 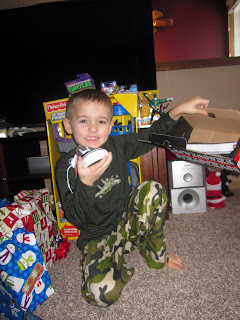 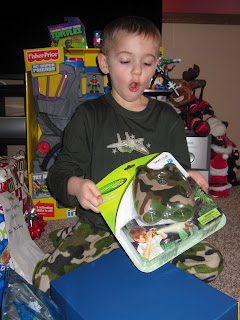 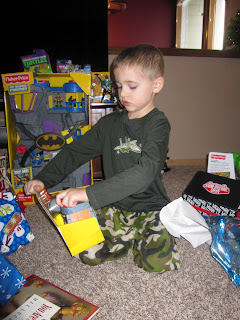 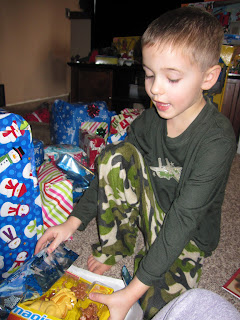 Throughout all of the opening Preston kept up with the praises of the things he got!

"Awwww this is very nice of them!"

Me: "Those will keep you nice and warm!"
Preston: "Yeah, I won't even have to have covers!"

"Christmas is the best day EVER!"

"I LOVE this Christmas!"

I kid you not he was just so excited about Christmas and all of the fabulous gifts everyone got him!  He is a very lucky little boy!  And I loved seeing how grateful he was for every single gift!

Me and Brad opened gifts as well.  Even though I only have this photo of Brad.  And not a single one of me.  Being the picture taker is rough sometimes. 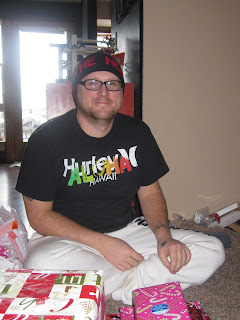 Olivia wasn't left out of all of the gift giving either.  Here's her not so little pile from my Mom and Dad, sister, and Grandma.  It's so awful that no one is excited about her.  HA! 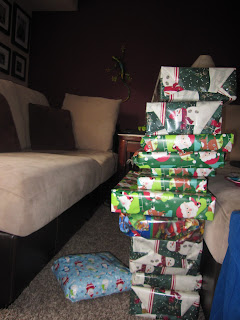 Our living room was trashed after all of the present opening.  While I climbed onto the couch exhausted, Brad and Preston dug into everything.  This was my view... 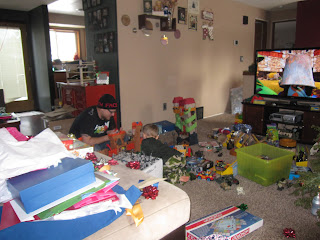 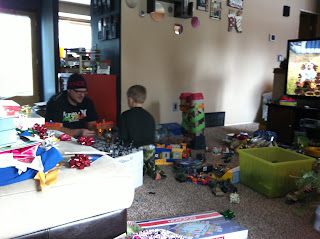 The last two years I had hosted Christmas at our house.  But this year I opted out.  I was just too tired.  Did you see what my living room looked like?  If we had hosted at our house that would have all had to be cleaned up while I was laying across the couch exhausted.  Plus I'd just started not hating food but wasn't sure that I was over it enough to actually cook all of it.

So instead we laid around the house and then got dressed and did something I normally refuse to do, we house hopped.  I am not a fan of house hopping on holidays.  I like to settle in somewhere.  I feel like when you have multiple places to be it's much more stressful.  And as soon as you get comfortable at one place it's time to move onto the next.  But this year, and only this year, we made an exception and house hopped.

We started at my parents.

Where Preston was so excited to see everyone, most importantly Mason.  And all of his new toys.

Plus Santa had left our family a stocking there as well so there were more presents to open!

Look at these two, have you ever seen two cuter little boys? 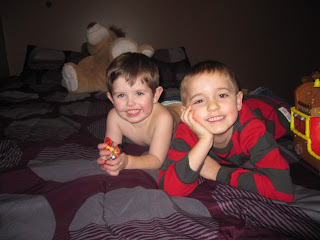 Somehow we all ended up on the couch playing some fighting game on the X-Box that the little boys were almost as into as the big boys!  Ha! 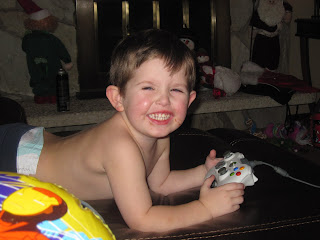 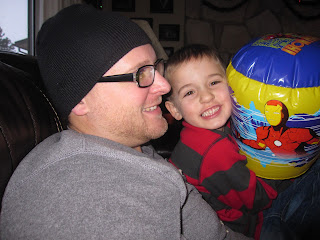 I ended up eating Christmas dinner at my parents house since it all looked so good and it was all ready to go before we headed out!  YUM!  Have I mentioned how much I love holiday food?  Oh my stomach.

Then we packed up headed to Brad's Aunt's house for the second Christmas of the day.

Preston had brought a backpack full of some of his new toys and promptly claimed Lily's new doll house as a battle station!

Brad snacked his way through Christmas dinner while we were here.  He had some stomach thing going on for a few days before Christmas and it continued on through Christmas.  Poor guy.  He was afraid to eat anything since eating seemed to make him feel awful.

The kids all raced around filling the living room with laughs and screams.  And toys.  Plus Lily gave me lots of snuggles!  As did the eight week old little girl I stole for a little bit!  I heart babies!  And getting to snuggle a little girl knowing that I am getting one of my own made me even more excited!

We attempted to snag a photo of the kids.  Do you know how hard it is to get a five year old, a two year old, and a one year old together and try to get a picture of them after a day full of excitement?  Hard.  But how cute is it that Preston is holding Lily on his lap?  He's going to be such a great big brother! 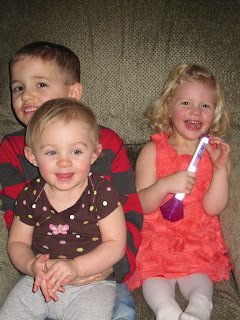 When it was time to leave Preston was so excited to race out into the snow and quickly started a snowball fight with Brad's Uncle Dave!

I hope everyone had a great Christmas and was as blessed as we were!