It was fun to watch!

The fourth games he really worked on guarding and blocking the other team from scoring a basket. 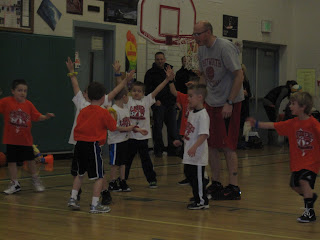 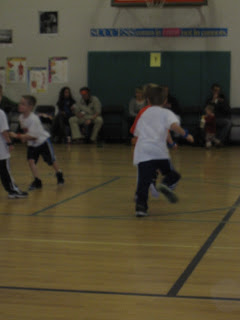 It's just so exciting watching how much better he's getting with each game!

Game five was the final game of Preston's basketball season. 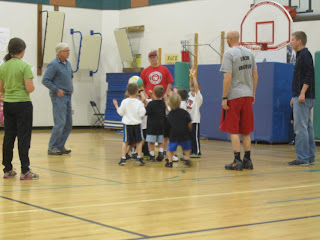 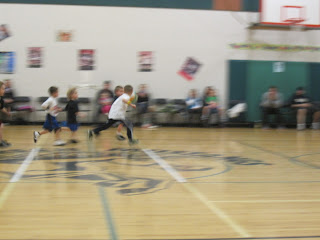 Preston finished the season with a bang, he scored five baskets!

Adding even more excitement, Aunt Shannon had flown in for a visit and surprised Preston by showing up to his game to watch him play!

We have seriously loved watching him play basketball and are definitely going to miss his Saturday games!

But I know this isn't the end of basketball for us, Preston already says he wants to play again!