Preston is loving basketball! He had his third game this weekend. 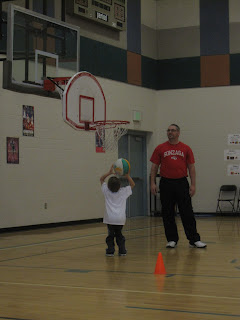 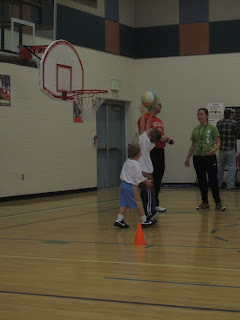 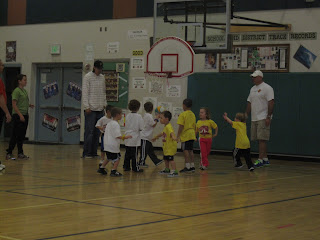 I love sports through the YMCA. They do such a great job of organizing everything and so far we have ended up with great coaches who are very involved and work really well with the kids. 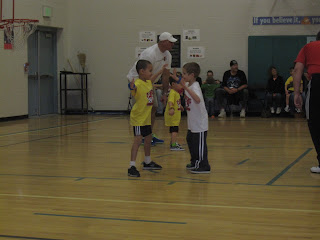 I think Preston might have let his love of the ball go to his head a little in this game. It was like once he scored his first basket he realized how good it felt and how much fun it was and he was all over it. By the end of the game we weren't yelling shoot it, instead we were yelling pass it. Especially when he started to "guard" his teammates a little bit. He said he was just trying to be there in case they wanted to pass but he was doing a little bit of guarding. It was a little bit hilarious. 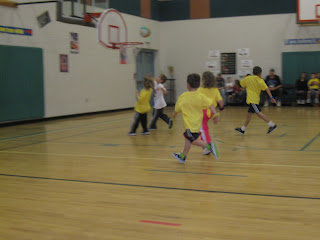 He is having a blast with basketball! And we are loving watching him enjoy the sport!