We bought tickets to Disney On Ice and were all planning on going. But at the last minute Brad ended up having to work so he couldn't make it. Boo.

No matter, me and Preston still planned on using our tickets!

Plus my brother, his girlfriend, my little sister, and her friend came with us.

I love Disney On Ice. I've been going since I was little. My Grandpa used to take us and donate ice cream and as a result we would get "backstage" passes to meet the characters. It was pretty awesome!

Preston has been before and even though it was more of a princess theme this year we decided to go anyways!

They always have little souvenirs out to buy so we stopped on our way to our seats so Preston could pick one out.  He chose the dragon sword.  Not that it was a huge surprise, he loves swords and this one had a dragon on it!  The dragon from Sleeping Beauty even!  What can I say, I know my Disney movies!  Or at least the ones from my time.

Obviously Preston was very into it. 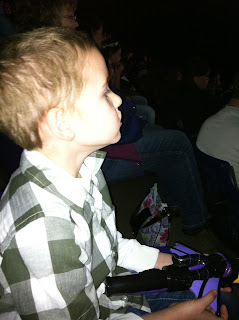 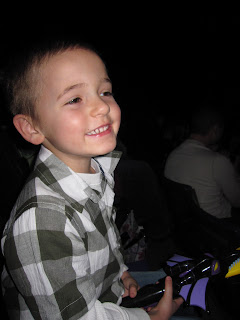 They started with The Princess and the Frog.  Which was cute.  Preston has seen the movie and likes it, so he knew the story. 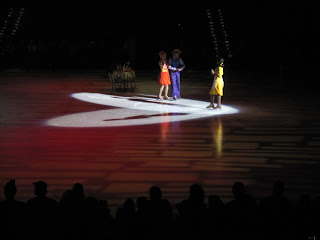 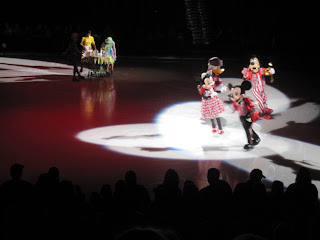 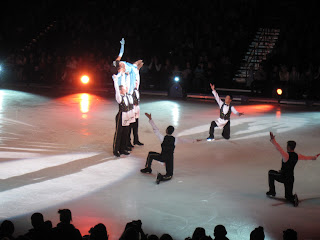 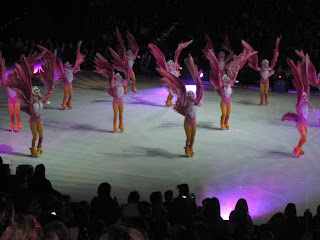 Next up was Cinderella.  Preston has never seen this one.  So he had a lot of questions.  He wanted to know about the storyline.  And who was who.  Having never seen it before he was intrigued and sat through all of it wondering what would happen next. 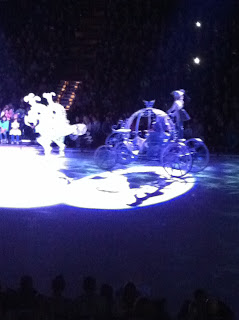 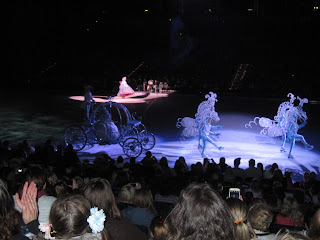 He was most concerned with why the guards didn't carry swords and shields!  Ha!  He's such a boy!

There was a brief intermission where we filled up on snacks and drinks.  And Preston posed with his new sword. 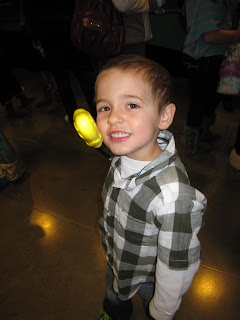 The third performance was of Tangled!  This is one of our favorites.  We've seen it a million times.  So we knew the story.  And it did not disappoint!  We really loved it when they took off flying!  It was probably both mine and Preston's favorite storyline of the night. 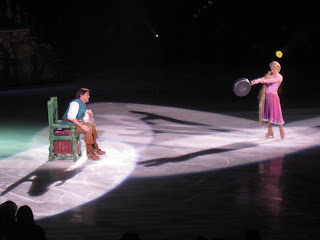 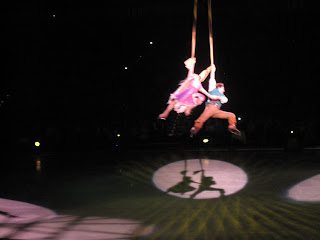 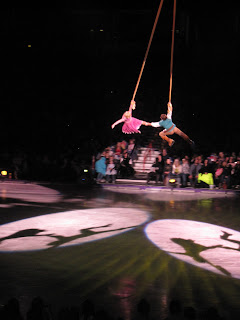 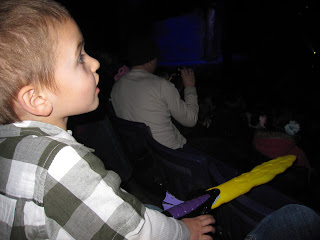 At one point, Preston did jump ship and head up to sit with Kaylee. 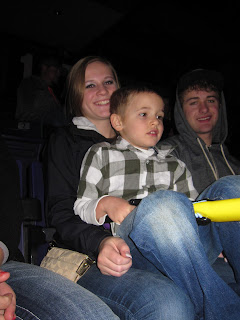 Me and my boy before he headed home for the night. 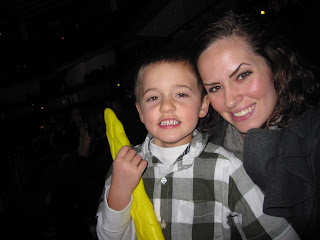 Added fun to the night was that the skater/actor who played Finn Ryder tweeted me!  When we got there I had tweeted that we were there and I had put Preston's chicken nuggets and french fries in the pocket of my coat because I loved him so much!  He had tweeted me back saying he was going to tell.  And then later asked what we thought of the show.  How awesome is that?  I thought so!

We had fun!  And can't wait for next year when Disney On Ice comes back again!