This year we went trick or treating with friends!

Preston was obviously the cutest little storm trooper you ever did see! 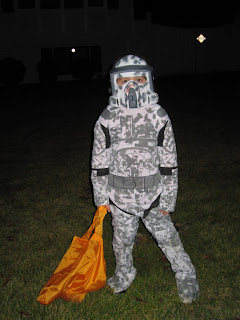 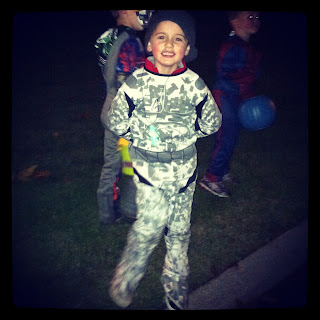 The whole gang before we headed out. 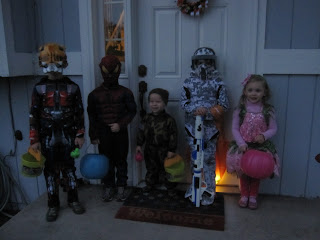 We got lucky this year on Halloween and it was pretty nice out.  Not freezing.  Which doesn't always happen around these parts at the end of October.

The three big boys got pretty into trick or treating this year. Preston was all over it! 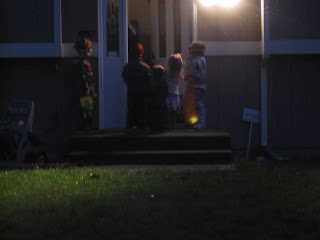 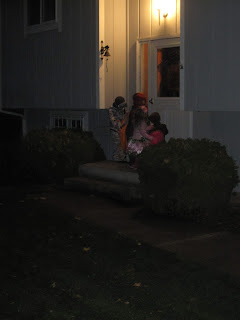 It was a good thing that Brad came along, since Preston and his friends kept taking off ahead to get to as many houses as they possibly could!  So fortunately Brad took off with them when they'd be four or five houses ahead of us Moms and the two little ones!

I grabbed onto my little storm trooper and forced him to take a picture with me before he knocked on any more doors! 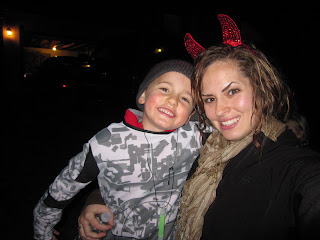 Does it look like they were having a great time?  Because they were! 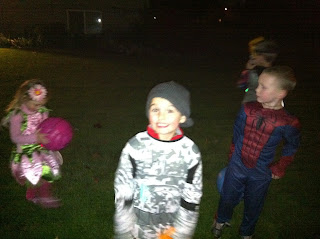 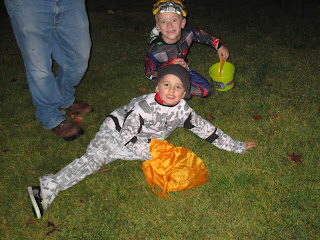 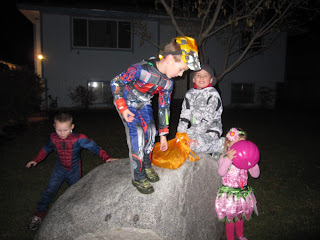 After the kids had loaded their goody bags full of treats, and one pencil (Preston wouldn't allow it in his bag like it would contaminate the candy!  HA!), we headed back!

From there we headed over to my parents house for Preston's final trick or treat.  He tried to trick my Mom when she answered the door but it didn't work! 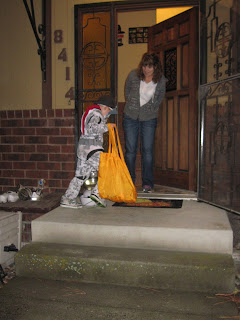 He may have decided to help himself to the candy! 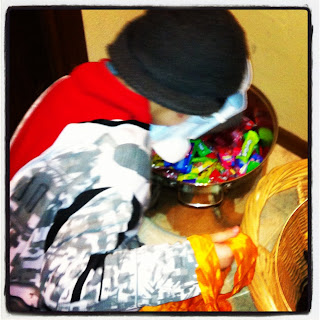 Once Preston had taken his costume off he got into answering the door for the trick or treaters at my parents house.  It was so fun to watch him hand the candy out, he got such a kick out of it.  And was so serious about making sure everyone got the same amount of candy! 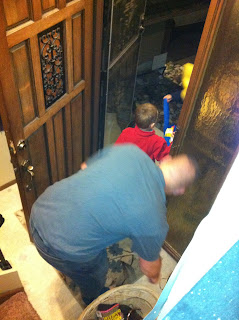 We had an awesome Halloween and will be munching on the candy for weeks to come I'm sure!

Hope you all had the same kind of night!