Not to far away from us is in this small town is a train ride. You can buy tickets and climb aboard for a ride in the late summer/early fall.

We've done it once before and had a blast.

This year with everyone's schedules, it was hard to figure out what weekend to book for.

We ended up going much later in the year than we'd originally planned. And it was COLD!

Everyone was all bundled up and still you could feel the chill. I'm sure that was partly because we chose to sit in one of the outside cars instead of the indoor one. It's just that the view is so much better outside!  And with two littles it's all about the view!

Waiting for the train ride to get started!  These two boys were so excited!  Last time we did this train ride, Preston was obsessed with trains.  And this time Mason is!  Makes it so much more fun! 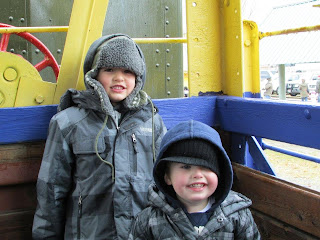 Me and my favorite nephew! 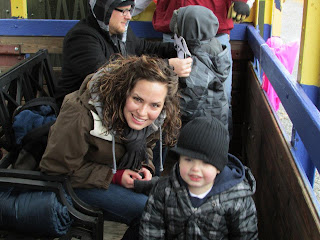 Preston was wearing Brad's riding face mask.  Not for too long.  But he wanted to check it out to see if it would help keep him warm! 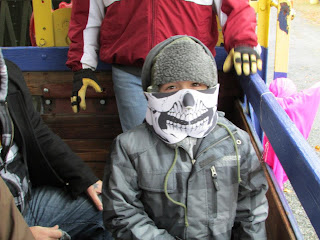 Preston and Mason were so excited once the train got going! 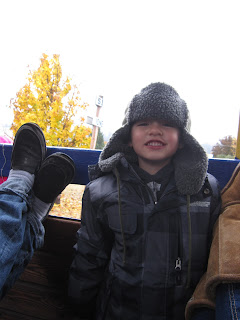 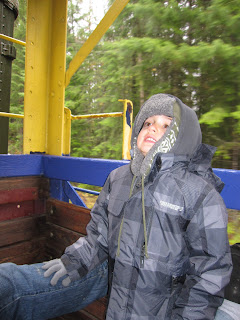 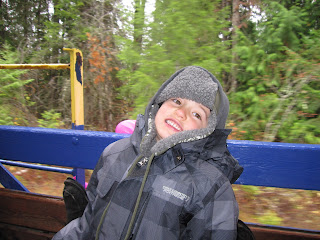 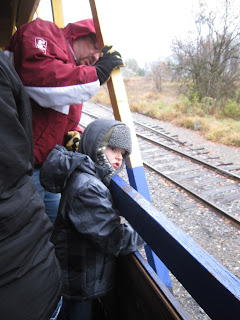 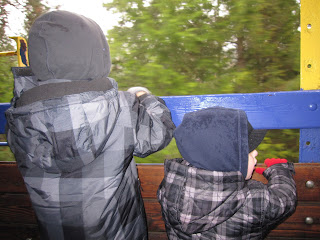 Brad, Preston, Mason, and my Dad! 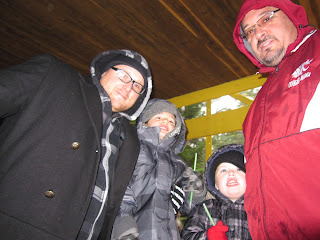 We stopped on this bridge overlooking the water!  It was beautiful!  And very nerve racking with the boys.  I grabbed onto them and didn't let go until the train was safely back on lower ground again! 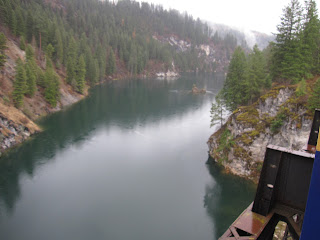 Our little family!  All bundled up and trying to stay warm. 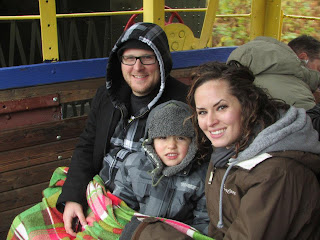 Watching the engine drive by on it's way to the back, that became the front for our ride back. 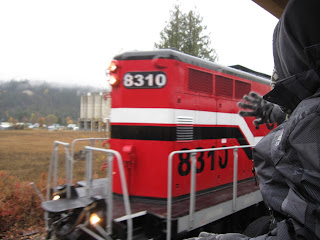 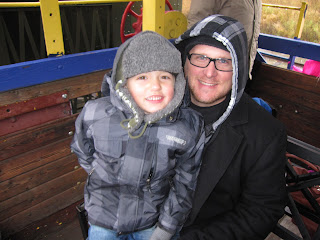 We were "robbed" while we were stopped!  My Mom gave Preston a dollar for the loot bag and he got such a kick out of the whole thing. 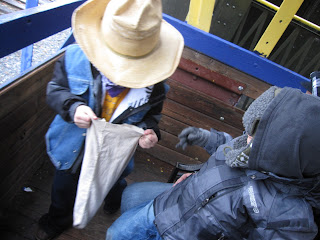 If only the train ride back had been as pleasant as the ride there.  Preston was done.  And he was cold.  And it was just a bad mix.  Trying to keep him from racing around and yelling.  All the while in a not so large space.  Then him racing off the train as soon as it stopped and me having to chase after him.  By the time we got to the car we were all over the whole trip and ready to just get home!

Next year I think we'll try the late August ride.  Hopefully the warmer weather will make it a more enjoyable ride for all of us.  At the very least, it will make it warmer!