What would October be without a trip to the pumpkin patch?

Although we didn't actually get a pumpkin. I don't even know how that happened when we went to three different farms. But we didn't.

We did however get to see a pumpkin fly out of a cannon.  It was awesome! 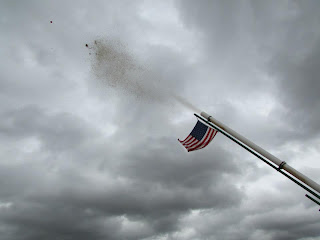 Preston thought so too! 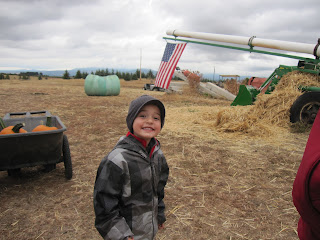 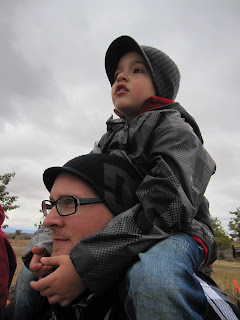 There was also a little hay maze that Preston dragged Brad into while we were waiting for the pumpkin cannon. 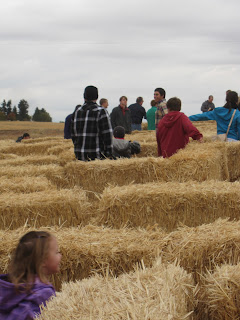 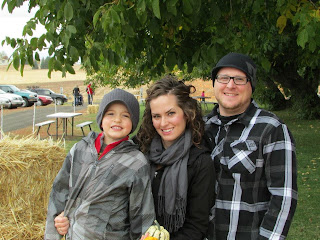 The first farm had a little carriage and Preston insisted that he had to be the driver! 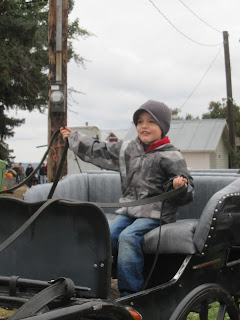 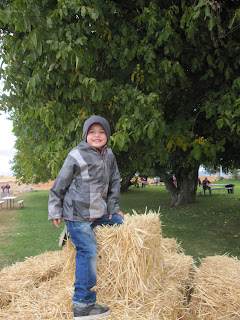 We also took a ride on the little train. 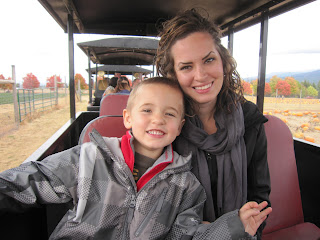 We were going to get pumpkins at the third farm but after trying to figure out how the heck to use the bathrooms and finding them (porta-potties...gross!) we got distracted by a different area and Preston had to ride the pony! 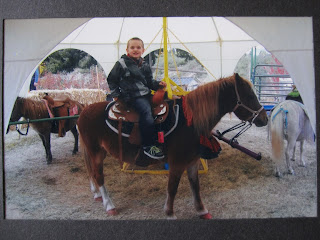 And he became a little bear and a pumpkin!  My little pumpkin! 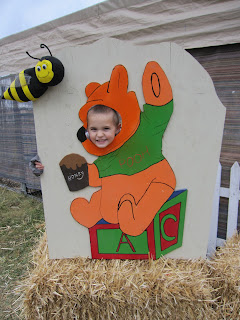 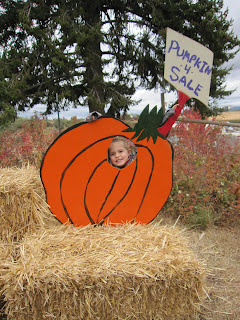