Preston first field trip at preschool this year was to the pumpkin patch. 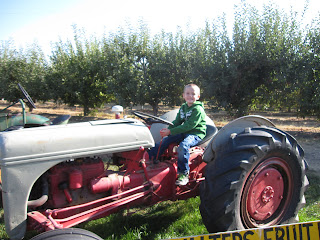 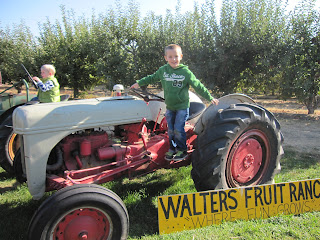 They got to learn about making apple cider and Preston actually tried some! And decided that it tasted good! 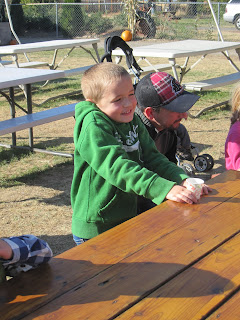 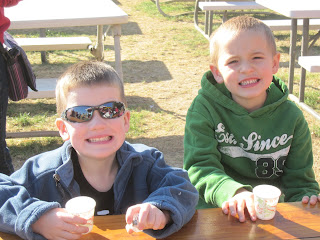 The kids learned about apple butter and got a taste.  Which Preston refused. 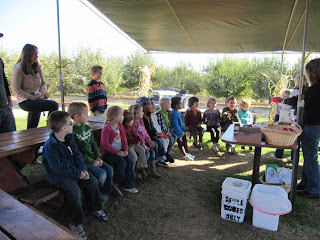 Then the real fun began.  The kids all climbed aboard the tractor trailer and headed into the orchards.

After learning about peaches and apples and the right way to pick an apple, everyone climbed down to do just that!

Surprisingly enough Preston picked a red one!  I thought for sure he'd pick a green one! 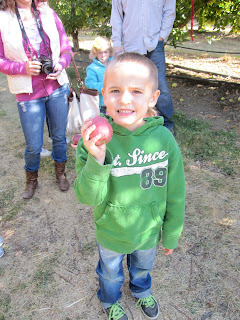 Once the kids were all out of the orchards, we loaded them up on this adorable display for a field trip photo! 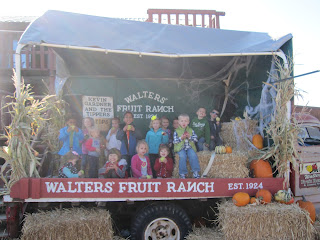 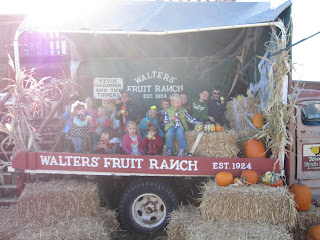 After all of the kids climbed down and headed over to the pumpkin patch to pick out a small pumpkin!

Preston took this very seriously.  He picked through the box of pumpkins, wandered into the patch, and back and forth a few more times.  He was determined to get the right one! 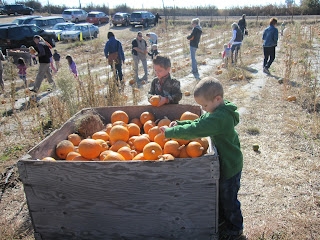 And I think he did! 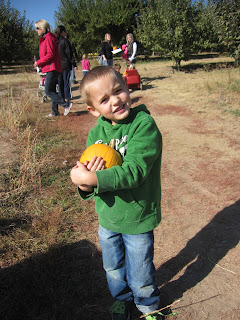 As did some of his classmates! 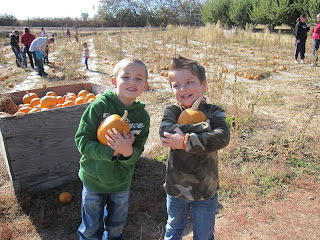 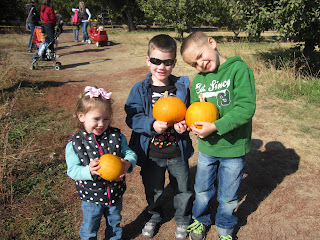 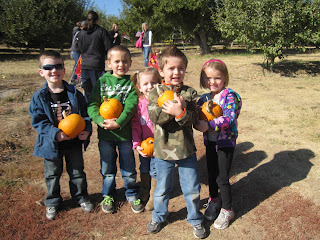 A successful first field trip for his preschool class this year!