Brad had to head to Bellingham for a meeting and his boss told him he'd pay for me and Preston to tag along. Not one to turn down a free trip, we said heck yes!

It was just for the night so it was a big trip.  But we made a couple of extra stops along the way there and back to make it fun.

On the way there we stopped in Leavenworth.  It's such a cute little town and Brad had never been there.  So we parked and everyone got out to stretch their legs and we checked out the shops.  Preston found a couple of things in a toy store that he had to have. 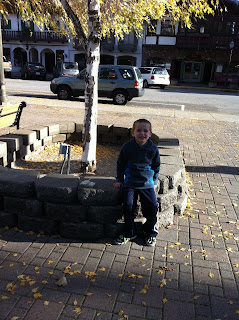 Once we left the town we had every intention of continuing onto our destination.  Only everything was so dang pretty. 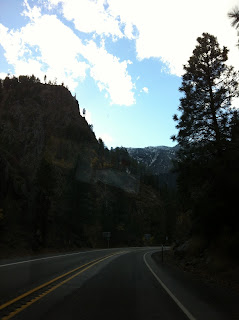 So we had to pull over at one of the pull offs and take some pictures! 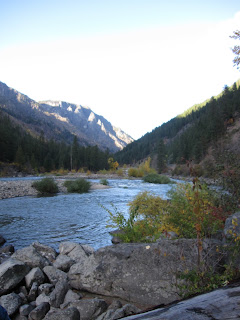 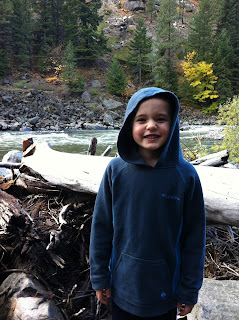 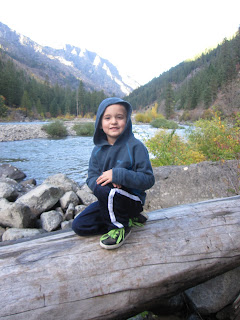 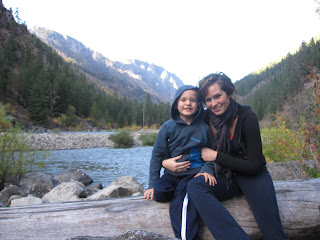 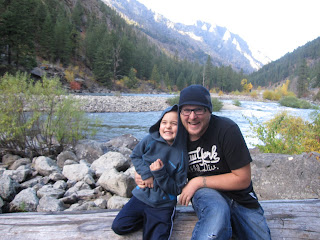 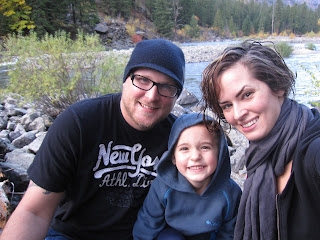 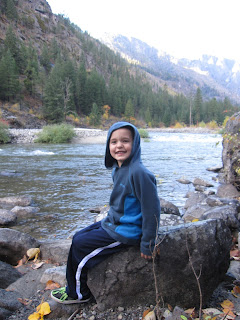 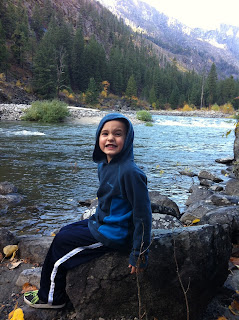 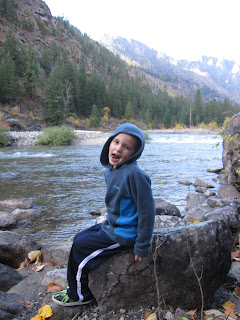 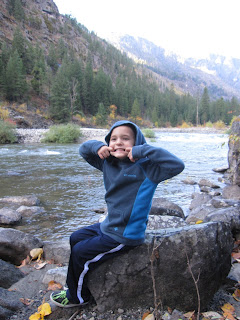 When we got to Bellingham we found a hotel and ordered dinner to go from Red Robin.  None of us wanted to go sit in a restaurant after being in a car all day.  Not gonna happen.

We spent the rest of the night lounging around the hotel.  We'd gotten there late so there wasn't a whole lot to do.

The next morning Brad left for his meeting and Preston and I slept in and grabbed breakfast.

We are just so dang exciting.

I had requested a stop at the outlets in Tukwila on the way home so when we got back in the car to head home that was the plan!

We didn't find a whole lot but the fresh air felt good.  And Preston found a ride. 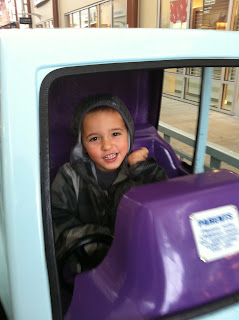 We stopped again in Monroe for lunch and decided that we just had to stop at the Reptile Zoo that we had seen the day before on our way over.

Preston might have been really excited.  He is so into snakes right now and this place had snakes!  They had a bunch of the world's deadliest snakes.  Preston particularly liked the Black Mamba.  Probably because it's the deadliest!

We also couldn't keep him away from the rattlesnakes.  He loves that they rattle.  One specifically there did not like us.  I think he felt like we'd snuck up on him.  He coiled up and was shaking his rattle at us.  Preston was so into it. 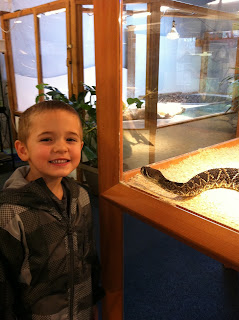 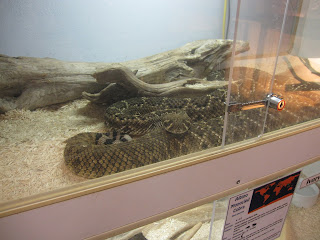 They also had a giant alligator that Preston thought was pretty awesome! 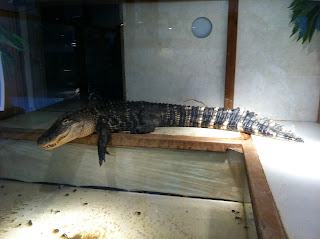 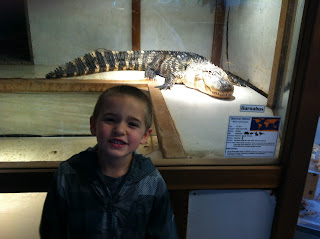 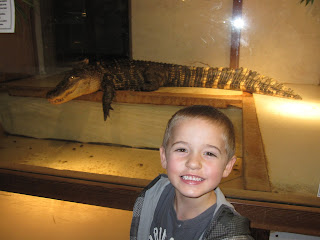 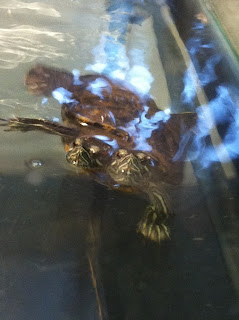 And this little guy.  He looked so sweet and innocent, but we were told he was actually very mean and that feeding him and taking care of his was a process.  And that once he'd attacked one of their employees and it required a lot of stitches! 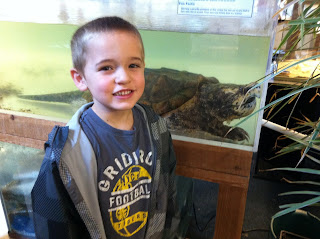 For a small charge you could hold one of the snakes.  So we asked Preston if he wanted to hold one and what do you know he said yes! 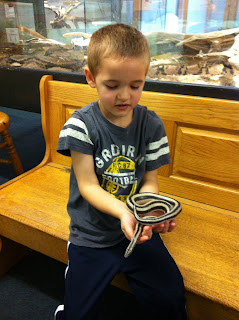 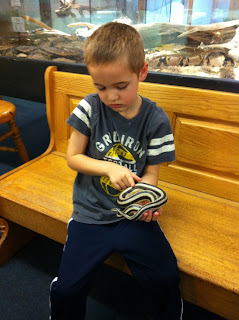 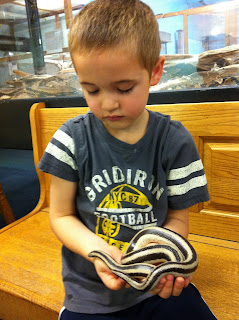 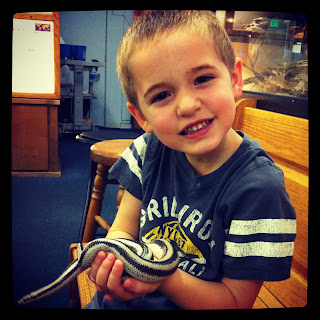 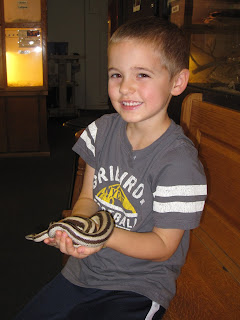 He was only a little bit excited!

After a few minutes he passed the snake off to Brad and found a seat to ask questions to the lady who was working! 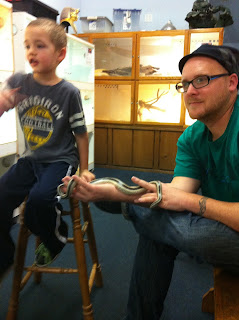 She was nice enough to pull out one of the lizards for my boys to pet. 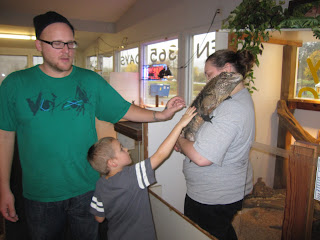 It was going to be a long drive home since we'd made so many stops but it was totally worth it!  We had a great time!

And a great trip.  Even if it was a fast one!