We're getting ready to start preschool again this year!  Starting with orientation at Preston's preschool.

And I'm not sure Preston could be more excited!

I was stressing to get us up and out of the house on time. And take some photos! 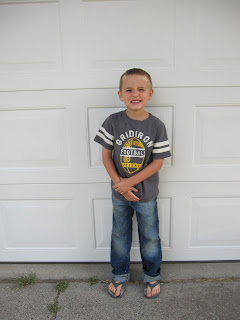 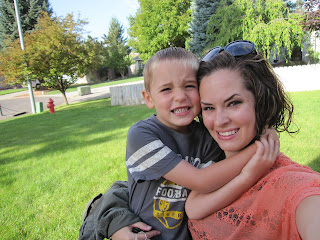 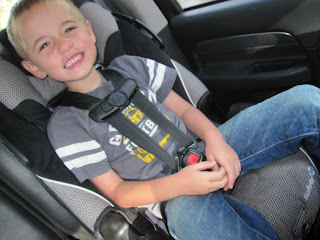 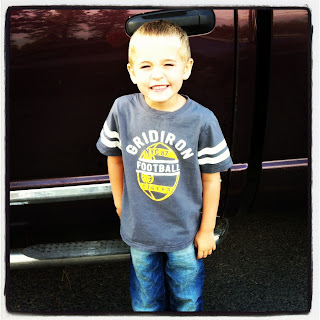 Then rushing to get us into the classroom since we were running a little bit behind. 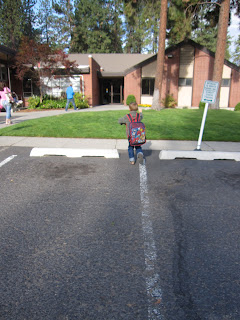 Only to walk in and realize I should have paid more attention to the letter they sent home about orientation. It started at 9:30am. I assumed it started at the same time as preschool started, 9am. We were early.

That's probably going to be the only time that happens! HA!

So we entertained ourselves with some of Preston's friends from last year who had done the same thing as us and gotten a little mixed up about what time orientation started.

Plus there were new toys to be played with, old friends to see again, and new friends to meet. 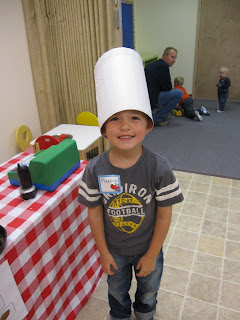 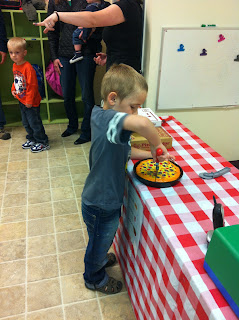 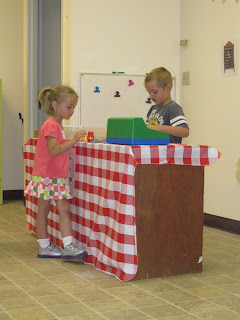 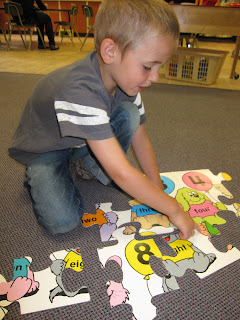 Once everyone had arrived, we all did a scavenger hunt and some meet and greet before the kids sat down to talk with Mrs Suzy about the school year and to get to know each other, read a story, and talk about what everyone did over the Summer. 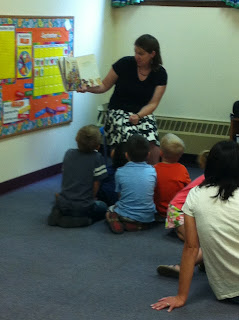 In case you were wondering Preston's favorite part about Summer was his birthday party.  No surprise there!  And his water slide!

Then all the kids lined up to head upstairs to chapel.

Adorable alert.  Preston and his best preschool friend, Cohen, held hands when they walked from circle time to line up and then held hands all the way to chapel!  I think they missed each other!  Plus it's comforting to have familiar faces around for big days! 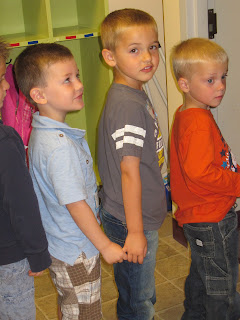 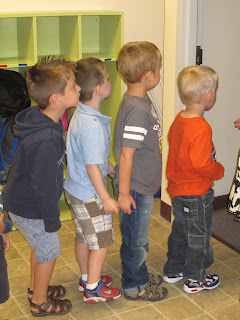 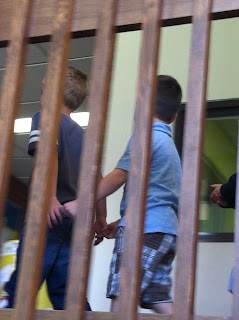 These little boys were just so excited to be back together after the Summer! 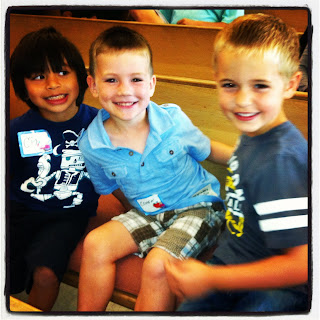 During chapel the Pastor asked for some volunteers to come up and help him out with a poem that he was going to read.  Preston immediately raised his arm as high as he could!  He was practically bouncing out of his seat all the way up to the front when he got picked!    It was even more exciting when Cohen got picked too, so the boys got to go up there together!  Preston's part of the poem was to sip a scorpion shake!  Yum!  I'm so proud to say that Preston did exactly what he was supposed to up there and listened so well!  Even while the little girls were off bouncing around the stage!  They were just so freaking cute up there!  And so proud of their parts!  It was awesome to watch how much fun they were having! 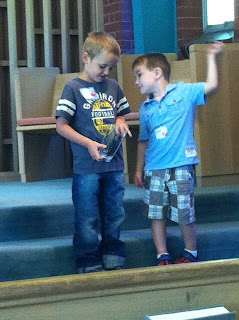 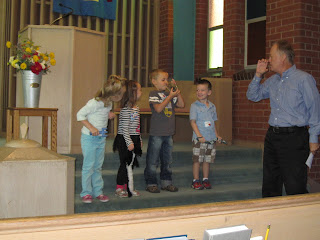 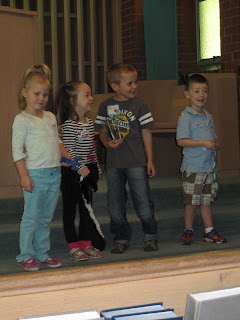 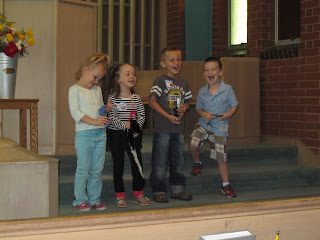 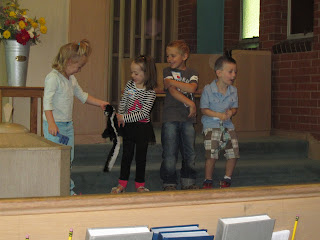 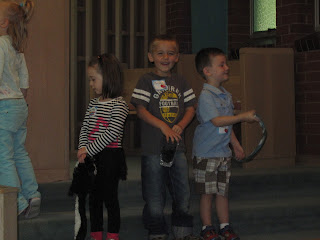 After chapel the kids headed back down to the classroom and the parents stayed for a little bit of a meet and greet and to get to talk and ask questions about the school year.

I think it's safe to say we are pretty excited for the year to get started!