He had his first soccer game!

I don't know who had more fun, him playing or us watching!

He's played t-ball before but this is his first real game.  T-ball was all about taking turns.  This is an actual game, you against them.  With scoring.

Only we don't actually keep score.

Preston played his first game!  And he played amazing!  I'm not even being biased when I say he was the best player on his team!

He sat out the first couple of minutes while his teammates played and then he rotated in and stayed in the rest of the game!  This is where having a kid who doesn't ever seem to run out of energy comes in handy, he is an awesome athlete! 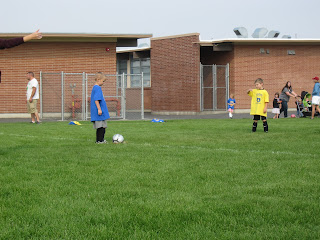 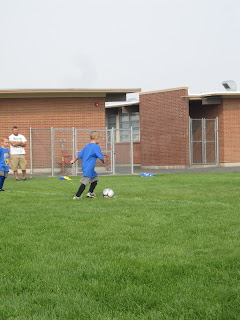 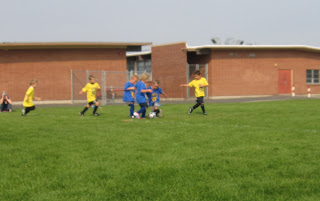 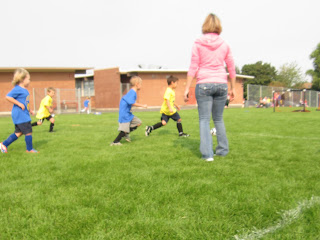 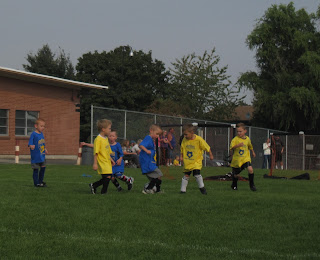 Preston even scored a goal!   I can't even tell you how excited that made all of us!  Him included!  And me even more so when I realized I got pictures of him doing so!  And another of him and one of his teammates afterwards when they started the next quarter and the excitement on their faces about having scored a point for their team!  But the look on Preston's face when he ran over to us afterwards, oh my the look!  He was just so dang proud! 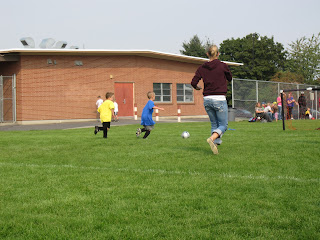 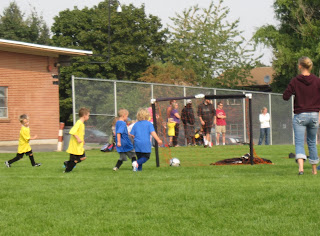 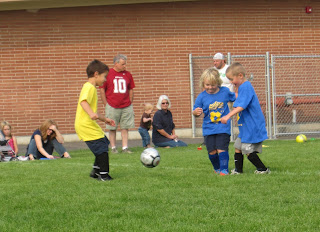 Then the game got going again.  Preston was starting to get a little winded since he hadn't had a break.  About half way through the game they were down to only three players and Preston hadn't had a break at all!  But he pushed through! 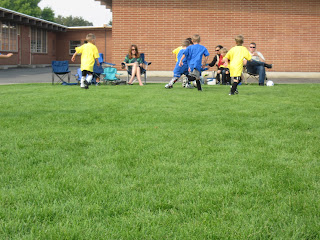 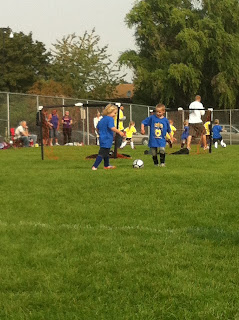 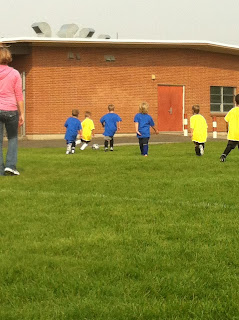 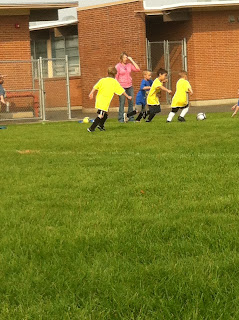 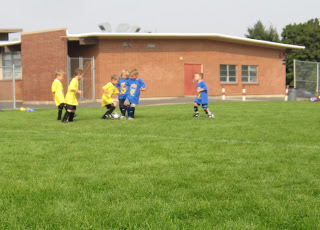 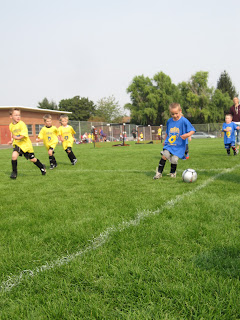 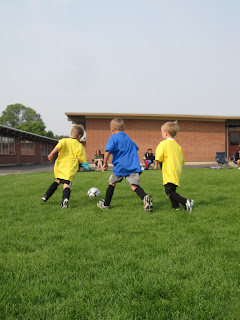 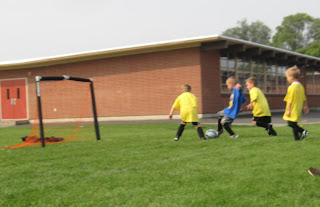 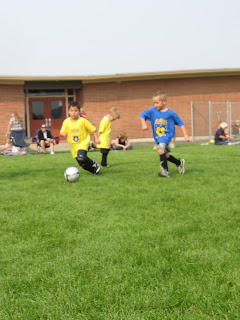 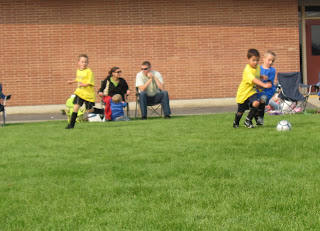 The final three teammates when the game ended. 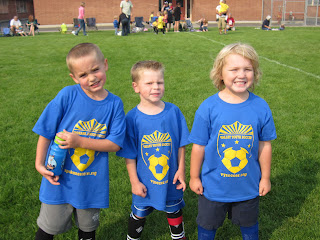 They played hard and all of them were tired by the end.

The final score was 8-1, the other team beating us.  But Preston scored the only goal we got on them!  Go Preston!

He's also very competitive this son of mine.  Even though they don't officially keep score the kids each notice when they or the other team scores so Preston knew the other team was beating them and that they kept scoring.  Granted the other kids were bigger and you could tell that at least two of them had played soccer before, they were good.  At one point Preston told me during a water break, "Mama I wish there was only one of those kids in yellow and three of us!"  Ha!

Preston's going to miss his next game because we'll be in Seattle but he is looking forward to the one after that!

I totally love that you keep score! I would have too. I don't think it teaches kids anything. When I worked at camp we had to make sure every game ended in a tie...I hated it!