Preston has been asking when he goes back for the last couple of weeks. So he was over the moon excited when I told him that he got to go back.

I think he even had some first day jitters the night before.  He had a hard time falling asleep and did some tossing and turning. But he finally fell asleep!

I was a little bit worried about how the morning would go since he was up later than I'd wanted to be.  But I didn't have anything to worry about!  He had a little bit of a hard time waking all the way up but as soon as I mentioned that it was his first day back to school he was up!

I'd asked him the day before what he wanted for breakfast on his first day of school.  At first he said bagels.  But when I offered pancakes he hopped on board that train!

Taking a page out of my friend Kelly's book I made Preston's pancake in the shape a "P" for preschool.  Or Preston.  Either works!  The first one didn't turn out so great, I used too much batter and it all melted into each other.  But the second one looked great! 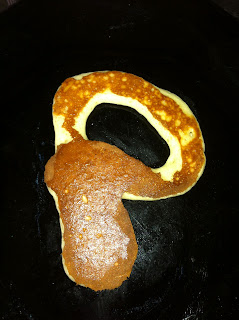 Being that it was his first day of preschool, I let him eat them in the living room on the couch while he watch Magic School Bus.  Normally that is not something that I would allow with syrup. 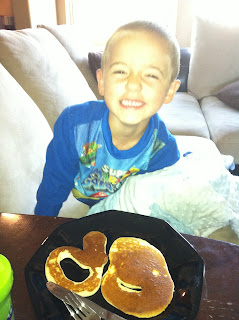 After a little bit of racing around and trying to get us both dressed and ready it was time!

Time to take a million and a half photos! 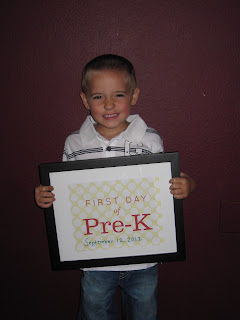 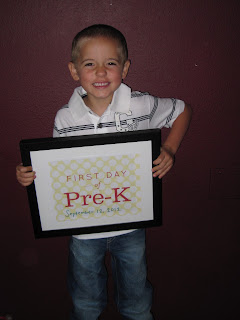 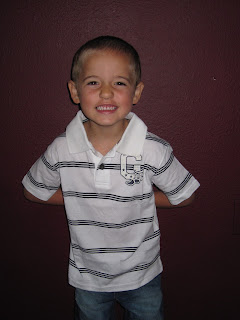 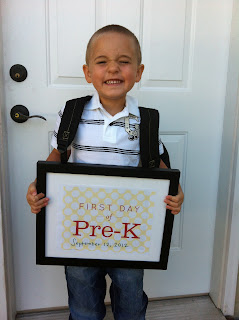 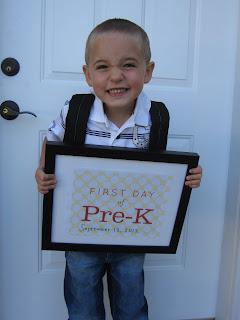 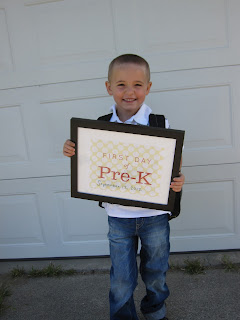 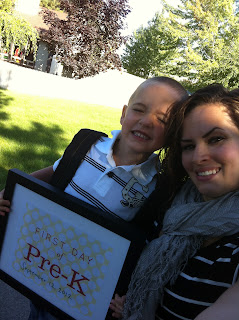 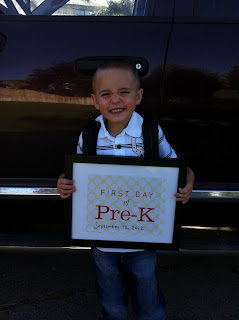 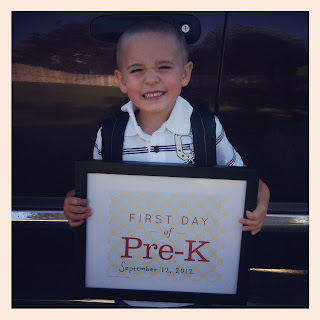 I got the idea for the sign from Pinterest.  Of course.  Putting it inside a frame came from a friend.  She had printed it off, added the date, and put it in a frame.  Not only did it make it way cuter (I think) but it also made it easy for Preston to hold it without wrinkling the paper all up.

When we got to his preschool he raced ahead of me!  I'm not sure if it was just because he was so dang excited.  Or if it was because he loves to be the one to push the handicap button that opens the door up.  Ha! 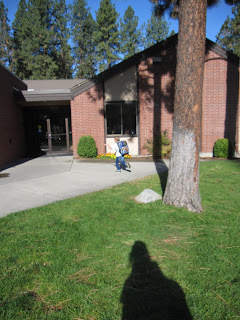 We headed in and he found his name tag (I think they are so that the kids can learn to recognize their names and the teacher can tell who is in class).  Then he found his cubby so that he could put all of his stuff away.  There was a lot of it, what with his empty back pack and the sweater I forced him to bring just in case. 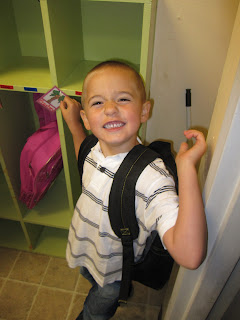 Once we'd walked in and gotten everything put away, I asked him to pose for a picture with his teacher.  He was not feeling very cooperative at this point.  The excitement of the first day had kicked in and he was ready for class to start! 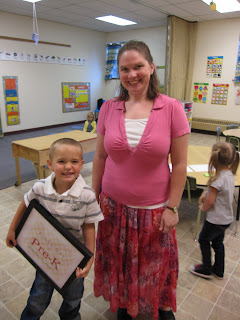 A hug and a kiss later and he was finding his spot in circle time and waiting for the rest of his class to arrive and the morning routine to begin.  All the while I stood by the door watching and feeling amazed that Summer was already over and school was back in session. 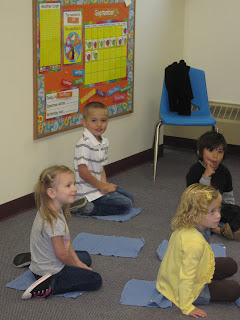 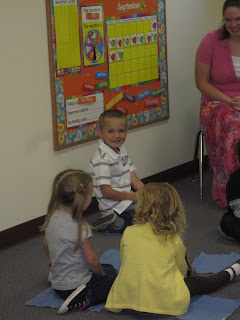 My big boy!  All ready for preschool.

I love that since we did all of this last year it all was so much easier this year.  Especially since he had the same teacher.  That REALLY helped!  Preston didn't have the nerves of a new adult to get used too.  He knew the routine and knew what to expect.  And likewise so did I.  A huge bonus!

When I picked him up at the end of the day he informed me that he'd had a great first day back to school.  They'd played games.  And he loved seeing his preschool friends again.  There were no knights in his classroom this year (his favorite toy from last year).  They'd had crackers for snack and he liked them.

It's amazing to me how easily we were able to fall back into the routine.  It seemed so much like last year and we were only one day in.

We're both looking forward to the rest of the year and all that it has to bring!

You're welcome to steal a page out of my book at any time. Glad he liked it (pancakes and school).

Glad he had such a great day!