Preston had his first soccer practice!

He was so dang excited! We signed up at the start of Summer and he has had to wait a long time to officially start playing soccer.

We weren't sure how serious the league we'd joined was so we showed up completely unprepared. No cleats and no shinguards. Even worse, we were in such a rush to get out the door that we completely forgot to bring a soccer ball. Oops!

We ended up finding out that while shinguards were necessary the cleats weren't. So it looks like we didn't do too bad.

We got there and Preston met his team and coach and practice got started.

It was so much fun to watch.

This is really Preston's first organized sport.  He did t-ball through the YMCA in the Spring but they practiced before the game and everyone got a turn.  Where with soccer they have a practice during the week and then games on Saturday.  It's more serious.  Even though we did learn that they don't keep score in the games or use a goalie.

Preston really loves sports and being on a team.  And he has the energy for it. 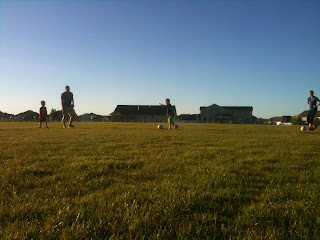 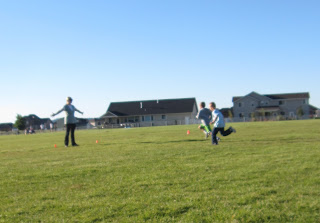 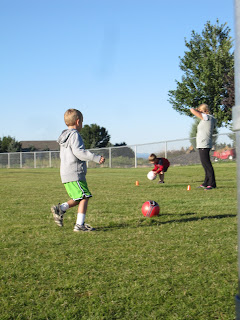 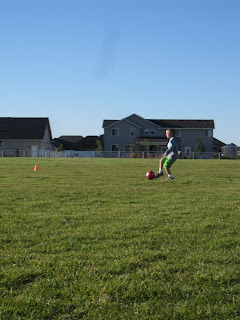 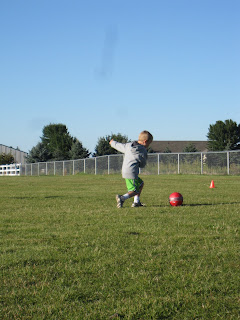 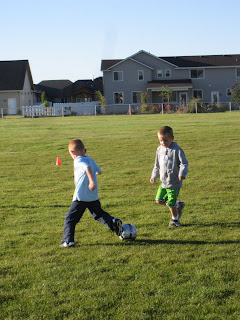 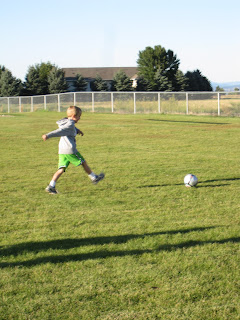 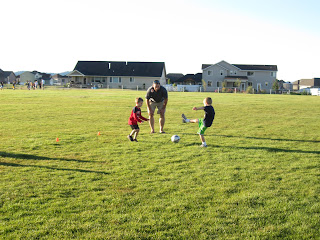 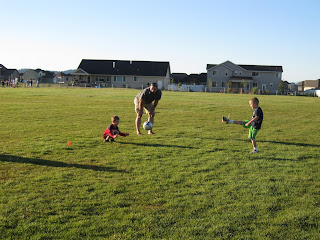 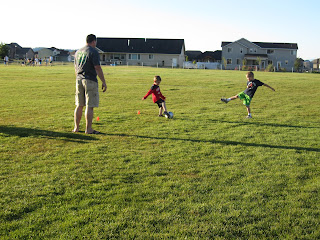 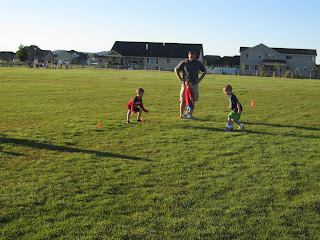 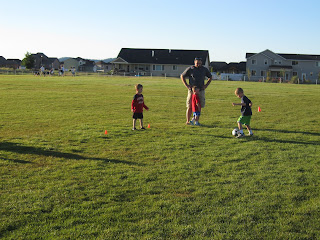 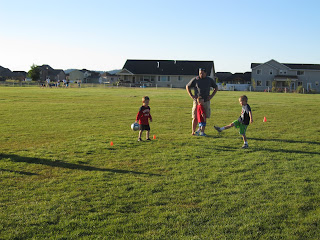 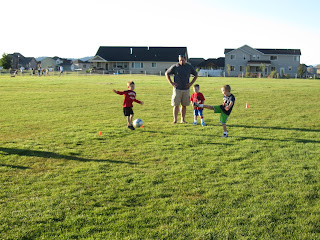 Preston was the fastest on his team!  With the most understanding of what they were trying to accomplish.  He also took practice way more seriously than all of the other kids on his team.  He was also the most competitive, but that's no surprise being competitive runs in my family!

Some Preston quotes from his first soccer practice...

Preston: "How many points do you need?"

When practice ended Preston was so disappointed.  He still wanted to play.  But we'd lost the rest of the team to exhaustion and lack of attention.  So practice ended.

We'll be back again for practice next week.  And then we have our first game!