It was nice out after Preston's first day of pre-k so we decided to take advantage and took a little drive to take a walk on the boardwalk, see the lake, and play at the park!

Preston was both nervous and not nervous at all about the boardwalk.  Which meant that I was the same.

I just wanted him to stay next to me and hold my hand!  So it was honestly less nerve racking when he was a little nervous and wanted to do just that! 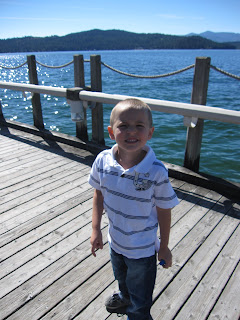 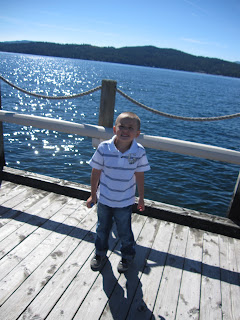 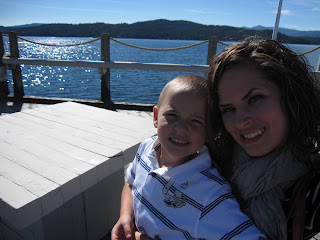 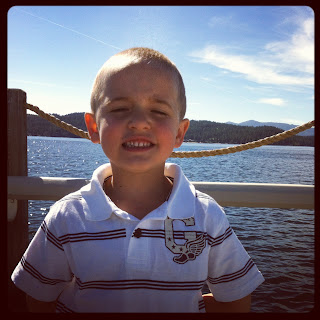 Preston had a lot of questions while we were walking.  About the boats around the boardwalk.  About the lake.  About how deep the water was.  About what would happen if he fell in.  Our opinions were different on that one.  Preston said he would be okay because he can swim now.  And he can but not well enough.  Where I said that he would sink.  I didn't want him getting over confident and thinking that he could get a little too close.  Either way him getting it the water meant me getting in the water!  No thanks.  It wasn't that nice out.

After the boardwalk we walked back towards the beach.  And Preston chased the seagulls.  And raced through the sand.  And was warned not to go in the water! 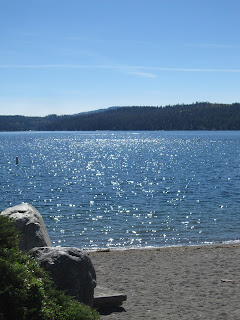 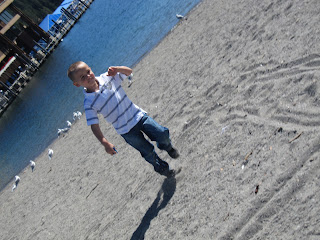 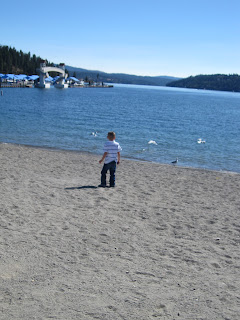 Along the way from the beach to the park we found a little fountain/waterfall stream that Preston was totally into.  Took a lot of effort to keep him from getting soaked! 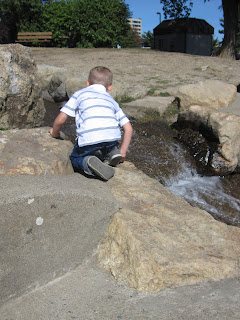 But we survived without getting wet.

And made it to the park.  I love this park and wish it was closer.  It's fenced!  And made out of wood and shaped like a castle.  We've brought Preston here once before but he was littler, so he didn't remember it.  He was so excited to race around and play with everything. 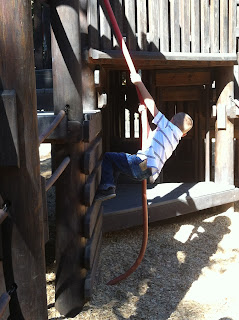 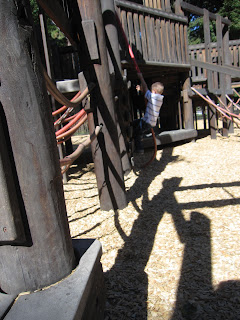 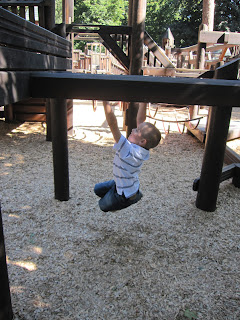 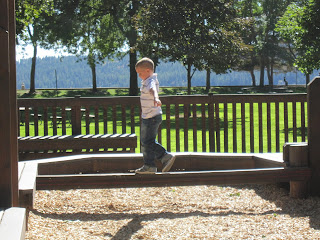 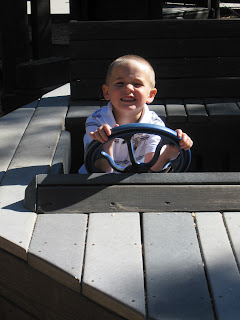 They even had this thing that spun and you held onto the handle.  Preston did it with a bunch of big kids and I was impressed with how well he did!  He held on the whole time!  And then were spinning pretty fast!

After playing for a while we headed back towards the car.

Only this time we stopped to play in the water leading to the lake.  You only live once! 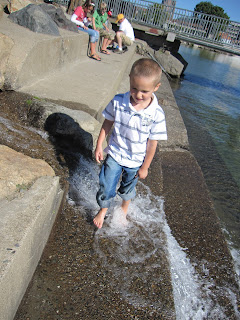 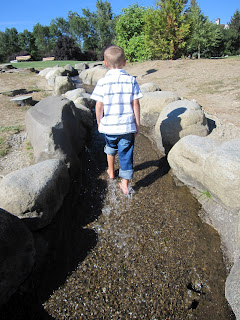 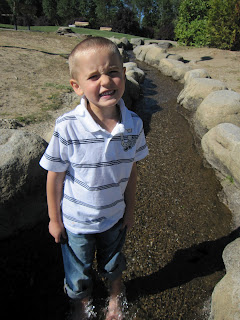 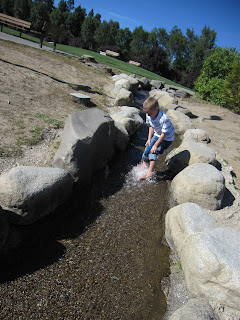 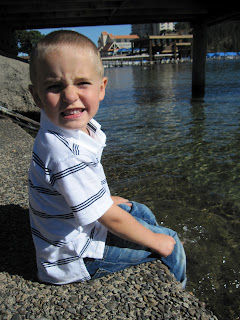 A great way to spend the afternoon after Preston's first day of pre-k!