Me and Preston were out running errands when my Mom called to tell us that her, my sister, my nephew, and a friend of my sister's were heading downtown to ride the rides and they wanted us to come.

It was a tough decision deciding between running errands and heading downtown for some fun and rides.

We chose the rides.

After grabbing tickets Preston decided he wanted to start with the Spider. Not my favorite ride. Not at all. Without Preston, maybe. But with him, I'm a nervous wreck. 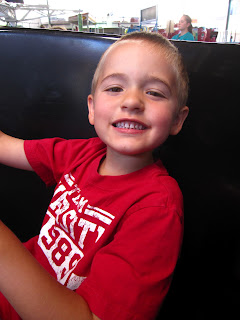 We made it through about half of the ride before Preston was over it. It just wouldn't stop spinning. Honestly I was over it too!

Next we headed up to do the bounce houses.

The boys had to take their shoes off to go in and Preston kicked his off and then bent down to help Mase with his.  It was so cute! 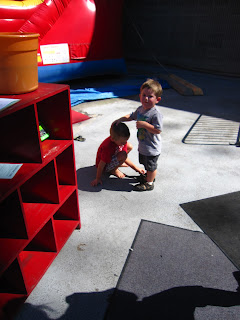 Next up bumper boats!!

I didn't expect Mason to love these as much as he did!

He was ALL over it! 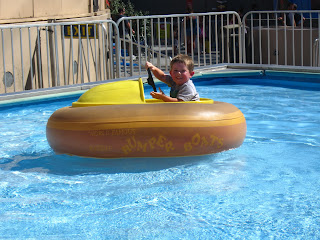 The fun didn't stop there.  Oh no!

We rode the train next! 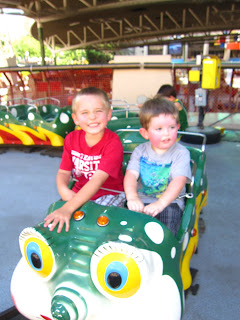 Preston wanted to ride the roller coaster next!

Of course he did!  My little thrill seeker! 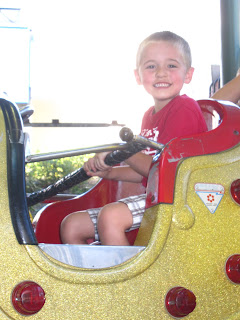 Auntie Rissa and Kasey decided to go for a ride too! 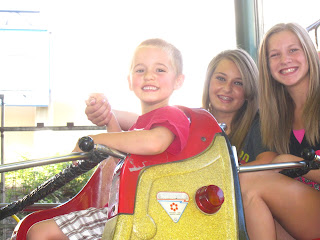 Mason on the other hand is not a thrill seeker.  And really wanted nothing to do with the roller coaster.  He didn't even like watching Preston ride it! 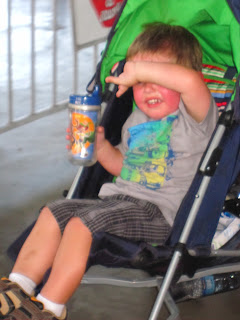 Preston still thought riding was fun, even when he rides without Mommy! 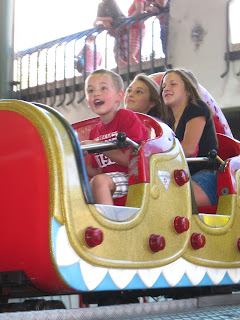 To make up for the torture of having to watch Preston ride the roller coaster when that ride was over we headed back up to the bumper boats so the boys could ride those ones again! 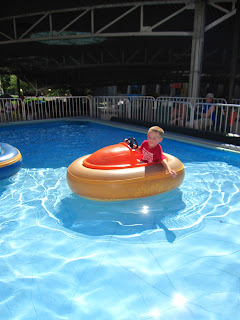 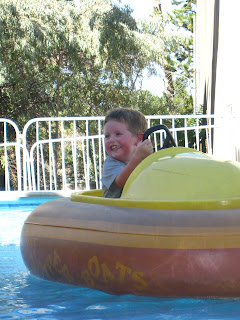 It was HOT outside, so when we were all out of ride tickets we headed inside and Grandma let the boys ride the carousel and the horse! 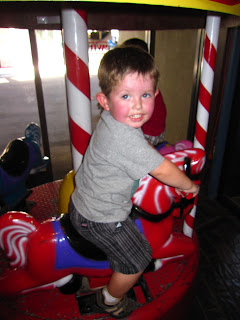 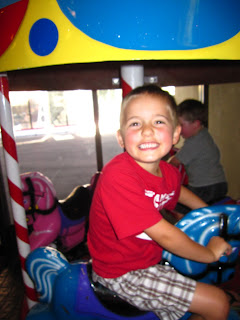 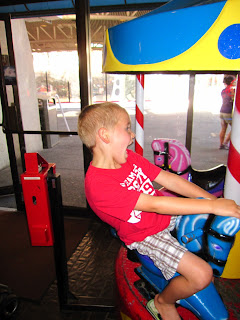 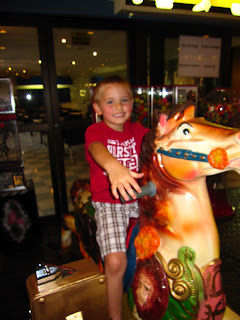 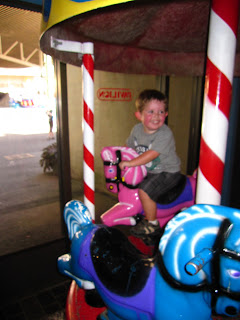 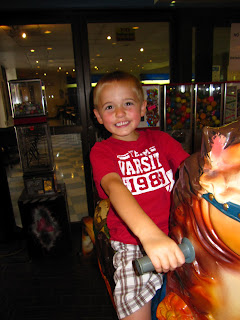 Obviously riding the rides and playing downtown is much more fun than riding rides!