My sister was sick with a kidney infection and we wanted Mason to come play so I offered to pick him up so he could hang out with us for a couple of hours.

The plan was to enjoy the ninety degree weather and do some swimming in the backyard! 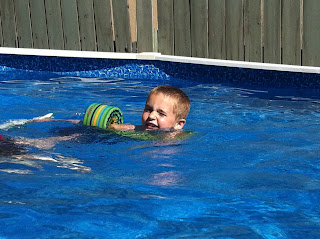 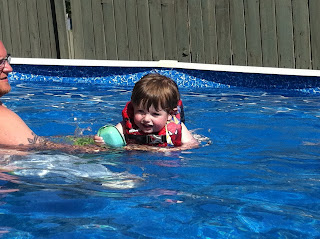 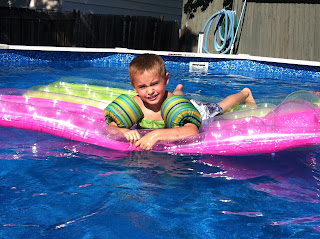 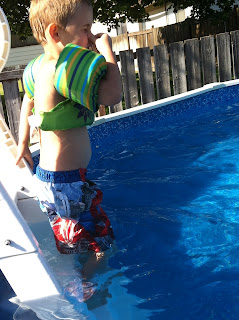 It was getting late by the time we finally dragged the boys out of the pool.  Which also meant everyone was hungry.  Or starving.

Mason and Preston were still having a blast so after checking with my sister, we decided to have our first sleepover with Mason!

We've had sleepovers with Mason before and vacations.  But we've never had one without my sister.  So it was Mason's first solo sleepover!

The boys settled down for the night by playing some games on the iPad. 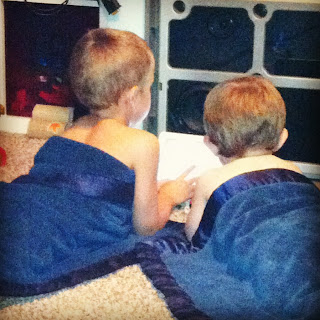 Once everyone was fed and dressed we loaded up and headed out to pick some strawberries!

I've been wanting to do this for a while and finally we did! 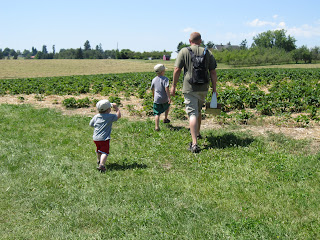 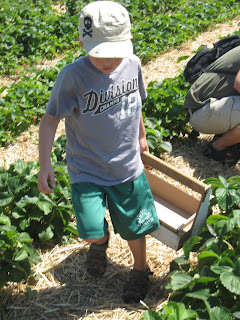 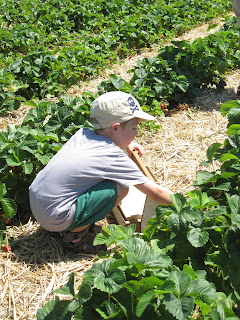 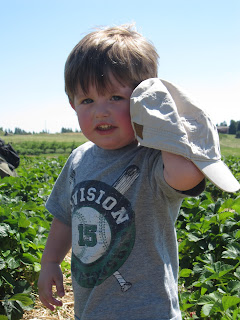 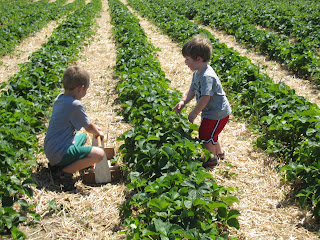 It was HOT.  Really hot.  We were only there for maybe forty-five minutes because it was so hot.  A little unbearable hot.

The boys were so hot by the time we got to the car.  Mason was bright red!  Poor kid doesn't handle the heat well!

We did get some really tasty strawberries though!

And everyone had a great time picking them! 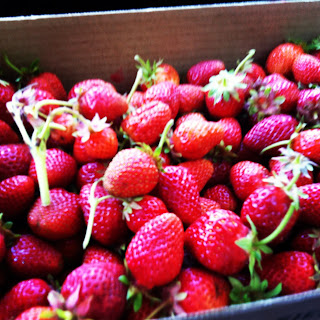 We'd worked up such a sweat picking strawberries that we decided to go for a swim!

Mason almost missed out on the swimming because when we swung by his house to pick up more diapers he wavered on whether or not he wanted to come.  But in the end he chose swimming!

Swimming is always a big hit when it's just plain HOT outside! 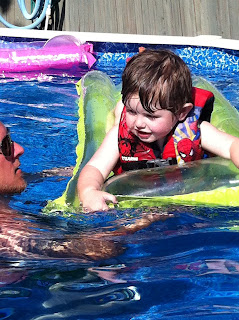 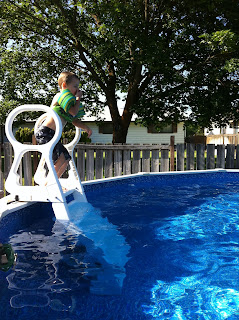 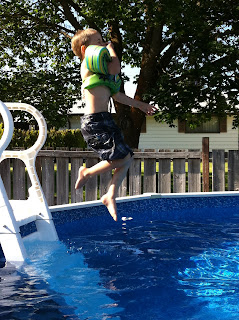 Mason headed home after swimming.  I think both boys were exhausted!

And that everyone had fun having spend stay for part of the weekend!