Going For A Ride

We needed to get out of the house and have some fun. So after some plan changing we headed downtown with Marrissa and Mason.

Originally we were just going to have lunch, walk around, and check out the falls.

But then we passed the little train that drives around and the boys wanted to ride it. And I realized that for basically the same cost as getting us all on the train I could buy us some tickets in the ride area and we could all have even more fun.

Preston was thrilled. He's so mine and Brad's son in that he loves the adrenaline rush that rides give.

He wanted to go on the Spider. But I vetoed it since Mason wasn't big enough and I wasn't completely comfortable with him going on without me and Marrissa wanted to go too and was in no way willing to wait down below while me and Preston rode and Mason couldn't exactly wait down there by himself!

Instead we started with the little kid roller coaster.

Preston was so excited. And Mason was too...at first. 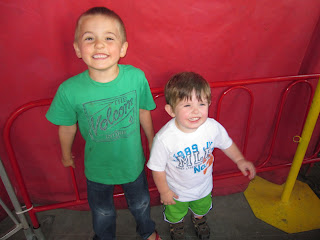 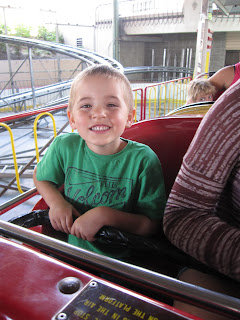 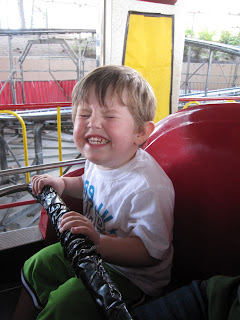 Preston was a little bit over the whole taking pictures thing though. 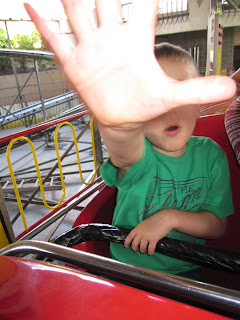 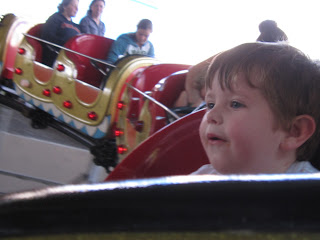 Once he knew what to expect he didn't seem to like it all that much.  He thought it was a little too scary. 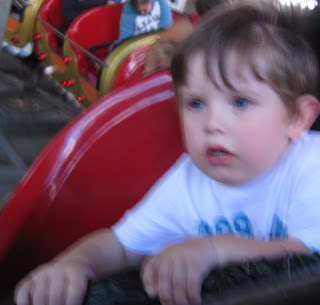 The difference in the two boys is so funny to me.  Preston wanted to ride again and loved it.  Mason told me never again.

Since Mase hated the roller coaster so much I told him he could pick the next ride and he chose the tilt-a-whirl.

I thought this one was going to be a safe bet for him.  Not so much.  He was over it five seconds in and wanted off...NOW! 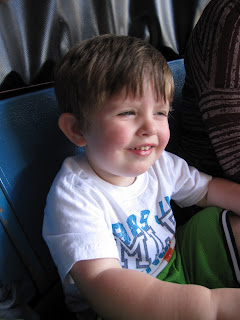 On the other hand, Preston loved it.  He wanted it to spin more.  That's my boy! 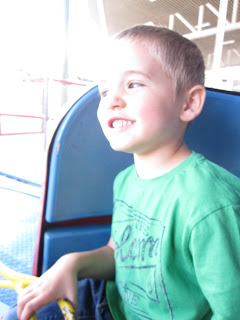 Poor kid.  So for the next ride we headed up to the little kid section. Probably where we should have started in the first place.  Preston always loved the big kid rides so I assumed Mason would too.  I was wrong.

Mason was so over the rides at that point and wasn't even willing to get on the little kid train.

Even though clearly he was tall enough. 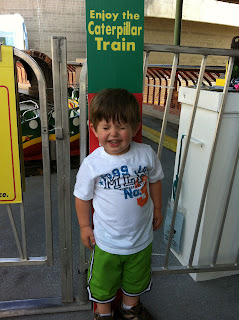 Preston was all for it though.  He doesn't discriminate against rides.

Once Preston was all buckled in and ready to go, Mason finally changed his mind and decided to do it. 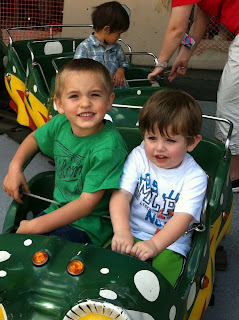 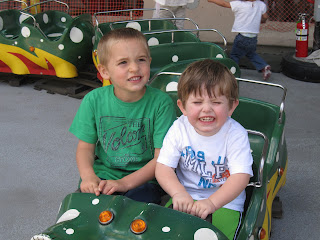 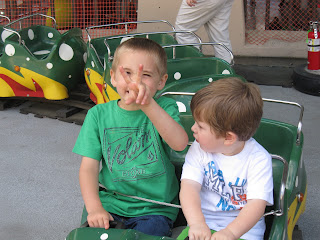 Clearly they both had a good time on this one.

Preston wanted to ride the airplanes next. 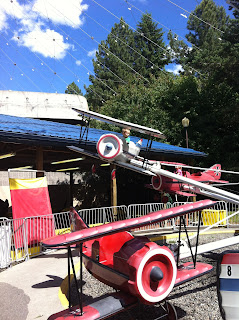 Mason took a pass.  And watched safely from below. 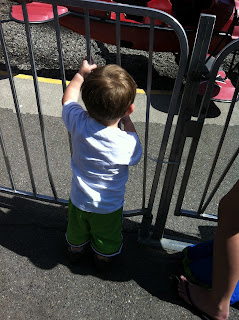 When the ride was over Mason said he wanted to try riding.  And Preston was more than willing to go again.

Only problem was that once Preston was all situated, Mason changed his mind.

So Preston got to go again. 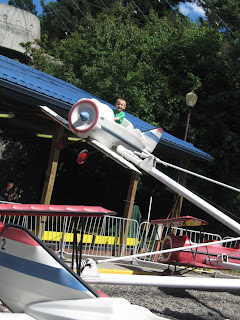 While Mason watched from the gate again.

We had just enough tickets left for Preston and Marrissa to ride the bumper cars. 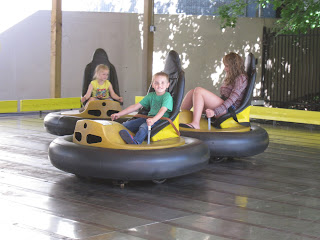 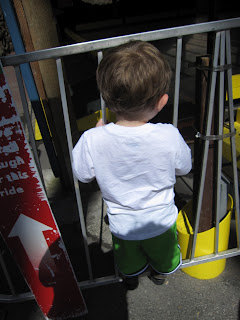 The cutest thing ever happened when Preston got off the bumper cars.  Mason raced around the corner towards the exit and when he saw Preston took off for him.  And Preston saw Mason running and ran towards him.  When they got to each other they embraced in the biggest hug ever.  Like they hadn't seen each other in months.  Not just a few minutes. 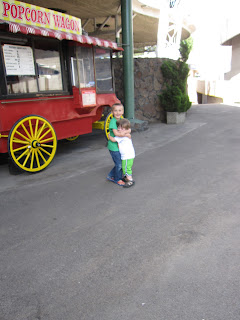 Those two they love each other!

I know that we'll be back down here again to ride the rides again.

Next time we'll just make sure we ride the Spider too!