In an effort to soak up as much of our time in California we decided to not do anything all day but sit by the pool!  My Aunt and Uncle's pool is just amazing.  This picture doesn't even do it justice.  I mean who wouldn't want to have a pool day here? 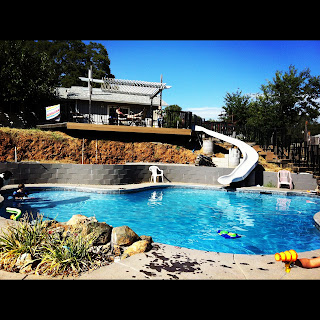 Well sit by the pool and eat Jimboys. But that was just me. I love Jimboy's and hate that I can only get it during the couple of weeks a year I'm down here! Boo!

Of course since we'd decided it was a pool day it wasn't crazy warm. What the heck is up with that? Hello California, get it together!

Me and Jessie decided to take a photo while we were sitting by the pool watching the kids swim. 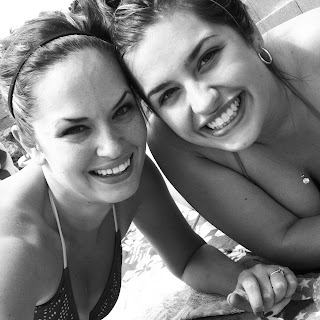 I wish I could tell you that was the only one we'd taken. But no. First we both pulled our hair down and attempted to cute it up. We were on second day everything, who showers before a pool day? Dumb! Then we proceeded to take a bunch of photos trying to look cute casual by the pool. Before finally just giving up and saying screw it and throwing our hair back up and admitting defeat. When I leaned over and we snapped one more. Go figure that was our favorite one out of all bazillion we took.

While they were swimming my cousin Sienna went over to their little waterfall and found a frog.  Preston was absolutely in heaven and was more than happy to let it jump around on him..  He loves frogs! 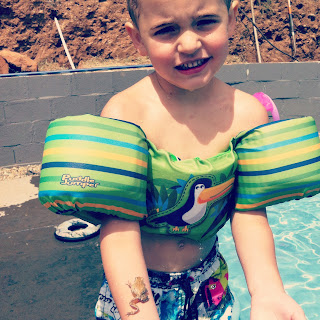 Eventually it warmed up enough that me and Jessie were willing to get in the water!  Hurray for a day of relaxing by the pool and swimming! 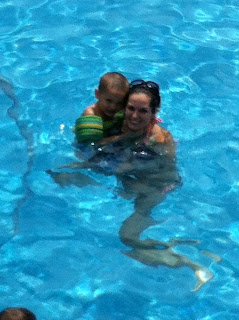 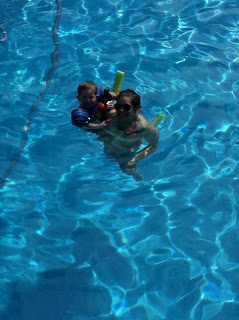 Preston even got some tanning in.  He loved this diving rock they had and was a big fan of warming up on it when the sun had heated it up. 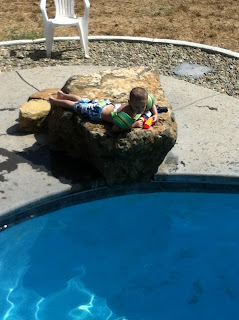 By the end of the day we were dragging small children out of the pool to eat.  They were not thrilled about the whole thing. 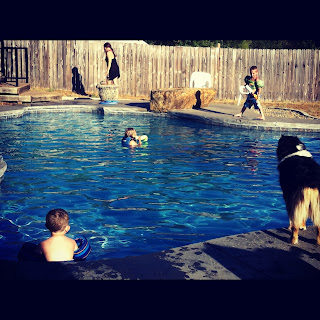 Can't say I blame them!