I was not the only adult excited about the polar bears, when I was telling Debora about them she thought it sounded pretty fun too and decided to come with us as well!

When we first got there the kids were a little bit distracted by the play area. Not so much by the animals in the play area although we did show them the Lemurs and Meerkats. But mostly they were into the spiderweb and the little toys that you can climb on. 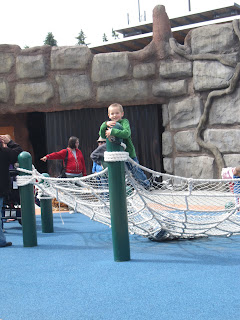 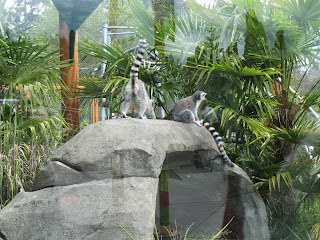 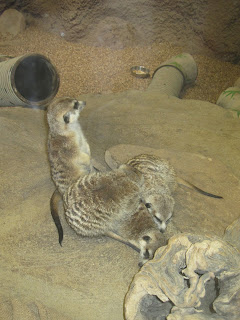 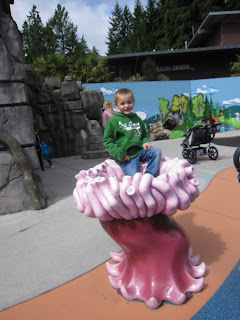 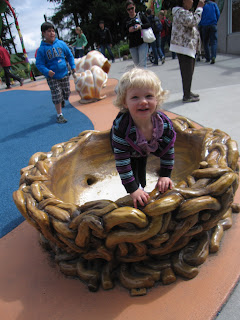 Then we rushed over to the aquarium to catch the shark feeding. So awesome! The sharks were big too. Way bigger than I expected them to be. And Preston was so into watching them eat the little pieces of fish that were dropped in. I'm not going to lie, it wasn't just the kids who thought it was awesome. If only I could have gotten a good photo.

I did find Nemo though. 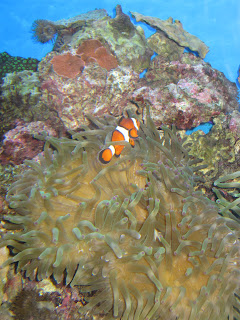 And Preston was unfortunately eaten by a shark on the way out of the aquarium. 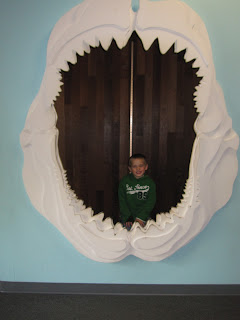 And then we were off on our Polar Bear search.

Along the way we saw some other animals.  And searched for the Red Wolf's pups.  We caught a small glimpse while they were being rounded up by Mommy and Daddy but mostly they stayed hidden.

A few more animals and we found them.

And they were active.  Apparently we picked a great day to visit because they were all over the place.  Wrestling with each other.  Swimming.  Playing.  Up against the glass.  It was awesome.  I didn't expect them to be so big! 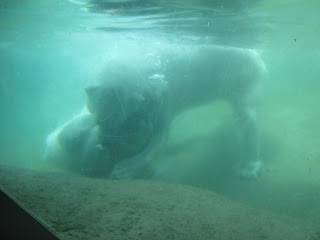 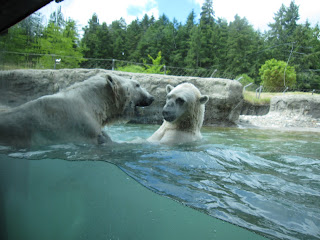 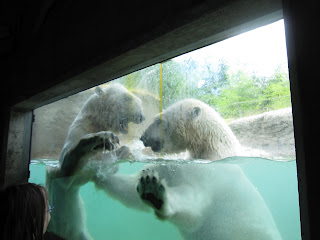 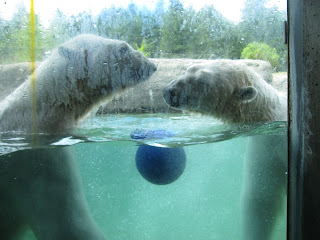 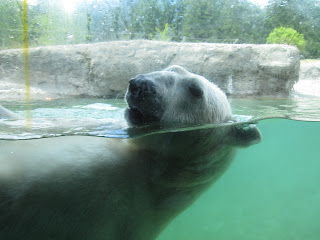 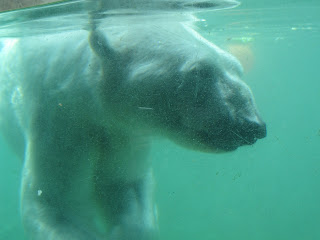 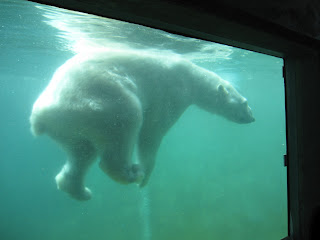 Preston was totally enthralled.  He was up against the glass taking it all in.  He couldn't get enough of them. They were a little big and moved too fast for Madison.  After they pushed each other up to the glass a few times she was over it and wanted away as fast as possible. 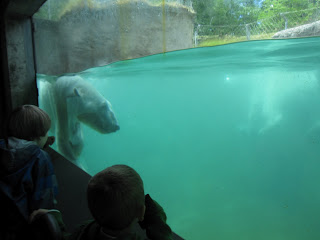 Added bonus when we walked out of the Polar Bear area they had a food stand that sold ice cream cones.  And not just any ice cream cones but my favorite Flavor Burst ice cream cones!  I had to get one, it wasn't even an option. 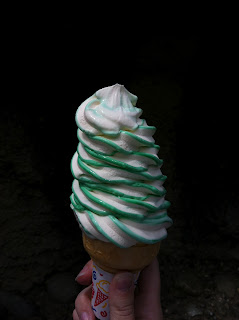 We caught the tail end of their daily show about a Super Hero dog that Preston and Madison thought was pretty cool.  And Preston got to pet one of the performers, a rat, afterwards.  And then sanitize his hands after that. 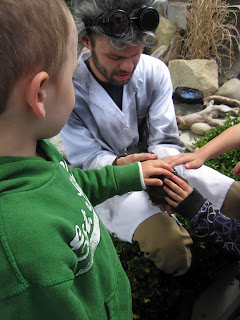 Me and Preston just happened to find a camel and it took us for a ride after the show.  Preston was so excited for his camel ride.  I had told him before we got there that they had camels and that you could ride them so when we got to the camels he was ready for his ride!  It wasn't very long but at least now Preston can say he's ridden a camel! 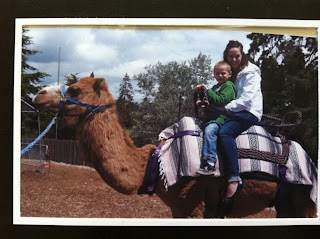 Up next were the tigers. It was so gorgeous.  Just laying out in the sun.  At the Woodland Zoo the tigers are always so far back that you don't really get a good view of them but here they were out for display.  I'm sure it also helped that we were above the habitat instead of below it. 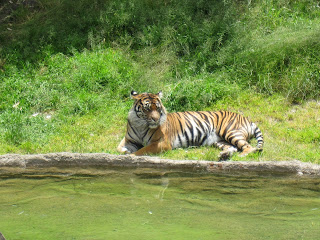 The tiger even had visitors.  A Mama duck and her babies! 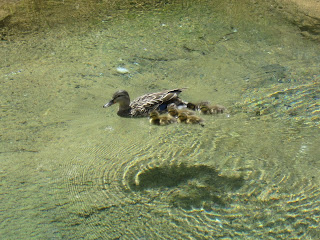 There were even more babies at the zoo.  Clouded leopard babies!  So adorable.  Preston loved them so much that we got him a little clouded leopard lovie in the gift shop so that he could snuggle them. 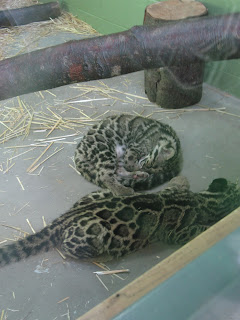 I wish we'd had more time but it was time to head out.  We got to see all of the zoo but the park around it was so beautiful and it would have been fun to explore.  Next time!