Brad flew into Seattle for Father's Day weekend!  Well the weekend and a day, he took Monday off so that we could all hang out.

So on Father's Day we had big plans for the day.

Then we were off for our first even of the day.  Hiking!  We'd planned on doing a hike and a picnic lunch but after breakfast nobody was even close to hungry.  So hiking it was.

Discovery Park had been decided on as our hiking destination.

Oh my word it was beautiful.  Absolutely gorgeous. 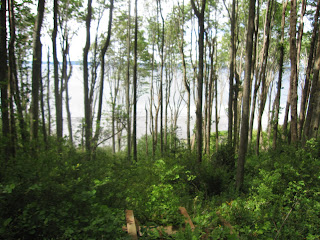 Even better Preston did an awesome job on the hike!  I was a little worried about how he'd do but he was a big boy and for the most part didn't need to be carried at all.  Every once in a while he needed a little break but otherwise he was totally up for it. 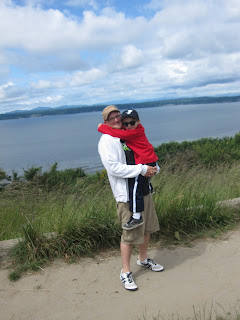 Once we got down to the beach, Preston was so excited.  He loves the beach.  Loves the ocean and gets so excited every single time we go.  You would have thought it was Preston's Day instead of Father's Day! 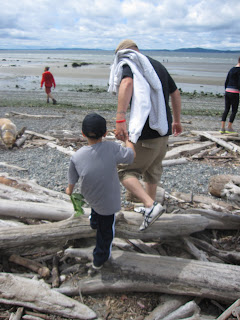 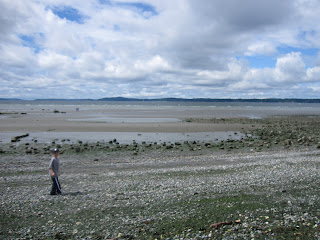 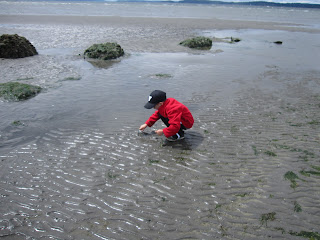 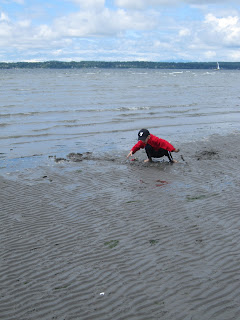 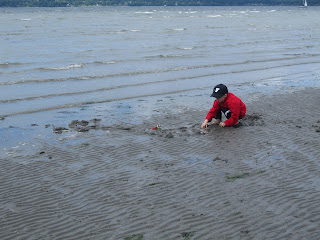 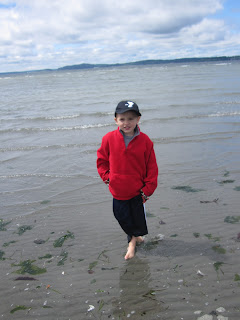 Funny enough it was me and Jen who decided on the beach that we didn't care if the kids got dirty and messy and wet.  It was the ocean and they were excited so we figured they could just go for it.  And it was the Dad's who were all concerned about it!  Talk about a role reversal in our house.  Usually I'm the one worried about the mess and Brad's like what's the big deal?

One reason that I'm grateful for a little boy is that when Preston told us he had to pee we could just hike back up to the top of the beach and find him a log to pee behind.  Easy peasy.  At least it was once we told him to STOP peeing on the beach!  Holy embarrassment!

A quick break on the logs at the top of the beach (not by the ones Preston peed behind) and we were ready to begin the hike back up.

But first Preston found a hiking stick.  Which is super cute all by itself but even more so because he did it because my Dad always has to have a hiking stick when we go hiking and he wanted to be like Grandpa! 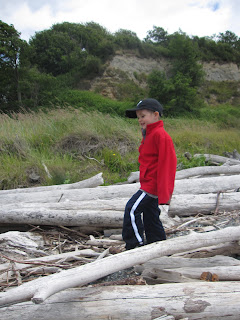 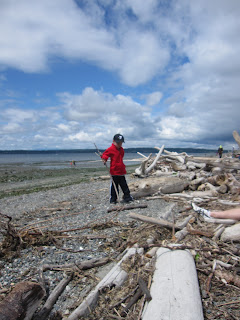 Surprisingly Preston did better on the hike up than he did on the hike down.  He made it all the way up.  On his own.  It was very impressive.  I'm sure his hiking stick helped! 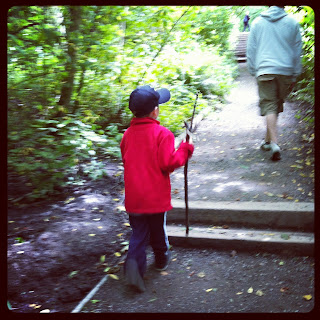 We headed back to Jen's afterwards and Mads took a nap while Preston and Brad watched some shows and me and Jen chowed down.  Food!  And then we all watched Shark Tank where I found my new broom.  Once it hits stores that is.

We rested up for our next adventure.

Our next Father's Day event was the DUCK tour!  Jen, Preston, and I have ridden them before.  But it was years ago and Preston was little.  But we enjoyed it and since the men had never done it we decided it had to be done and it was the perfect thing to finish up Father's Day.

It was FUN!  It was just us and a couple of other people on our DUCK which made it even more fun.  Please excuse the fact that we are all a little bit of dirty kids.  The late night and early morning meant no showers and the hiking and exhaustion afterwards pretty much led to giving up on looking good at any point that day.  Ha! 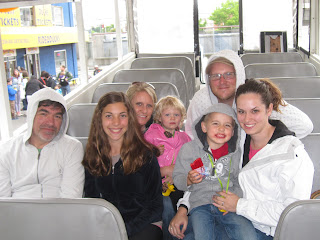 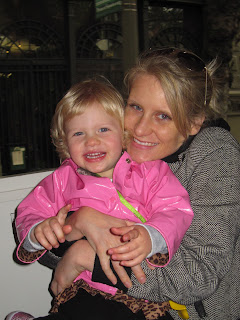 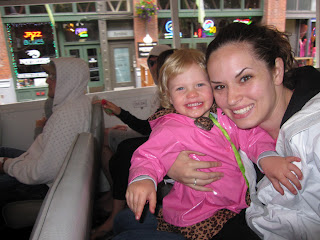 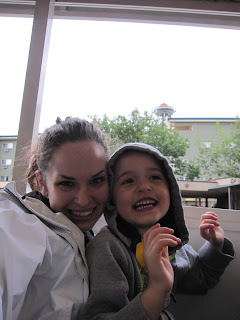 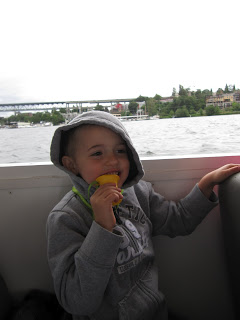 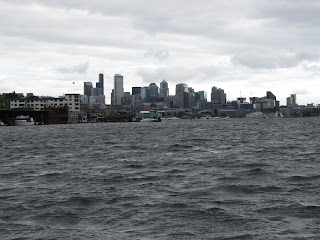 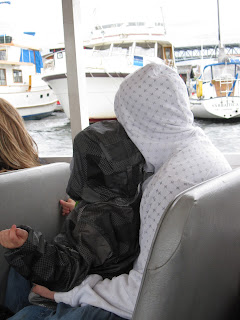 In all honesty I think that Preston, Mads, Jen, and I had the most fun.  But the guys said they liked it.  So we're calling that a win.

Preston might have just enjoyed it because there was licorice.  And he shoved all of it in his mouth at once.  And was running on a major candy high.  Seriously it took like ten baby wipes to clean him up. 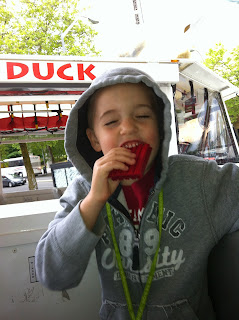 Or it was the water and the fact that our car drove into it.  I'm not even going to get into how awesome that is.

The night ended with a little bit of a dinner fiasco.  Our DUCK tour ended earlier than we thought it would and the restaurant couldn't get us in and every one was hungry and we were trying to figure out what the heck to do.  Luckily the restaurant was able to figure it out and seat us early so there was food!

No better way to end the night.

Happy Father's Day to my hubs!!  Preston is very lucky to have a Daddy like him!!!