How did we spend our first morning in Seattle? My first morning as my favorite niece, Mads's nanny? The first morning of me being outnumbered by the little people I was in charge of? At the zoo! Duh.

We don't have a zoo back home, I KNOW what is that, so it is always one of my favorite places to take Preston whenever we are somewhere that does have one.

We got there just in time to catch the end of the giraffe feeding. We never turn down a chance to feed a giraffe. Preston's done it a couple of times before but it was Madison's first go around with the giraffe. We had to wait a few minutes and then it was our turn to head up on the platform. 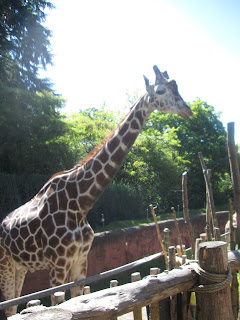 Preston was all over it. He patiently waited his turn and then reached his stick out as far as he could so that the giraffe would come close to him! Poor kid I think he wanted to pet the giraffe not just feed it! 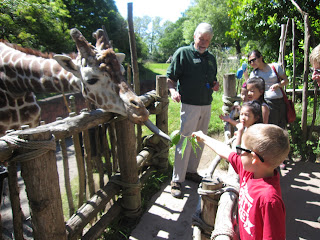 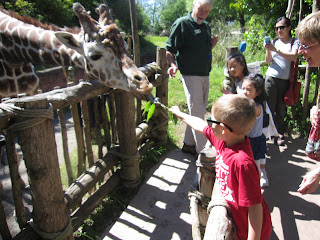 Madison on the other hand thought it was cool up until the giraffe actually went for the leaves on her stick. Then she'd drop her stick to make the giraffe back off! Ha! 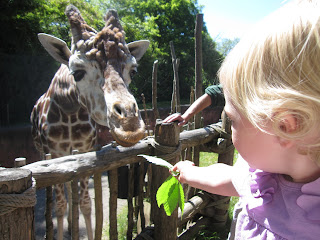 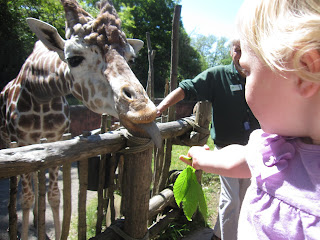 We heart the giraffes!  Of course there was much more to see at the zoo.  And we got to all of that too! 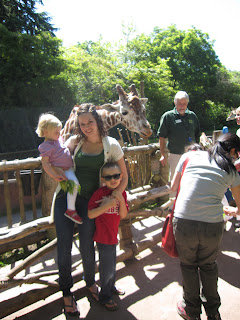 Also one day in and I've already realized how much I miss the stroller.  It kind of makes bringing all of your stuff to the zoo a million times easier when you can just throw in in the basket underneath!