Back To The Zoo

One day at the zoo was not enough! Not even close. The Seattle zoo is huge. So we just had to go back. Especially since we bought a membership, that means we had to go over and over again!  So we did go again!

This time we explored the rainforest.  At least when we first got there.  Saw the jaguar.  Went in and looked at some of the birds.  As well as the ocelot.  Made our way over to the gorillas.  One of the gorillas had just had a baby and she was nursing her baby which for some reason was so fascinating to watch. 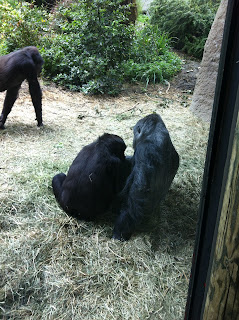 Madison however just preferred to climb around like a monkey! 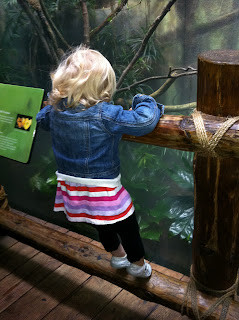 This trip we ended up not spending as much time looking at the animals as we did playing in the play area we came across.

The kids became spiders when we found a giant web.  Preston climbing all the way up to the top!  And then jumping from the top, it was more of a fall the first time but he landed on his feet, and once he got started he was all over it.  And Madison attempting to chase after him only to decide it was much safer for her size down on one of the lower ropes! 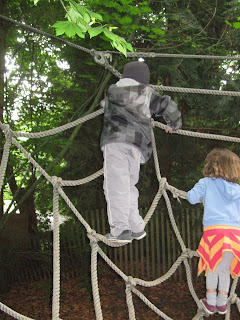 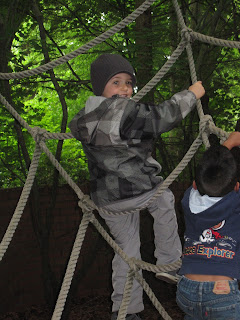 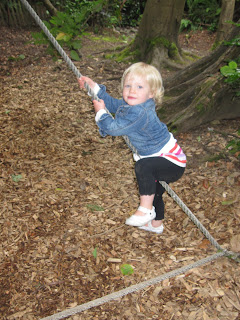 The kids loved the play area.  And I loved that it was partially enclosed so I could keep an eye on both of them while they used up some of their energy!

Preston found a tree stump and climbed up on top of it and then declared himself the Lorax and announced that he spoke for the trees!  Can you tell he loves that book?  It was hilarious. 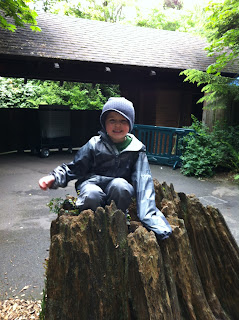 Madison loved the slides.  She kept climbing up and sliding down and then she got braver and braver.  One of the times she climbed up she opted to RUN down the slide instead of slide down it.  I swear brave and crazy must run in the family, sometimes it is just so obvious that her and Preston are related!  And she did it with a smile, not a single bit of fear.  I on the other hand was just grateful that she decided to do it when I was sitting at the bottom of the slide to catch her since she couldn't stop herself and slammed into me! 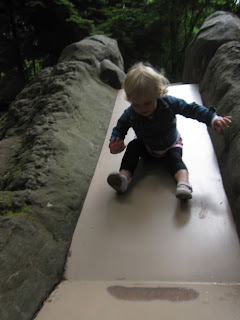 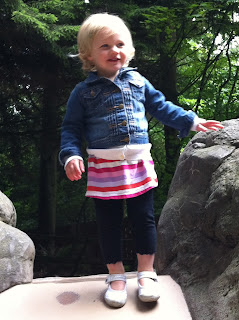 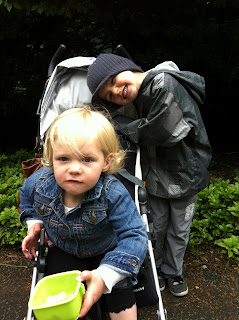 However they would each smile separately.  Although Madison preferred to take self portraits with my camera! 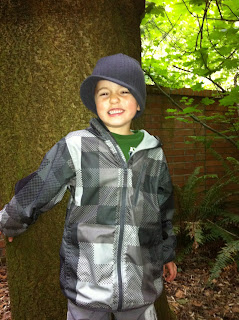 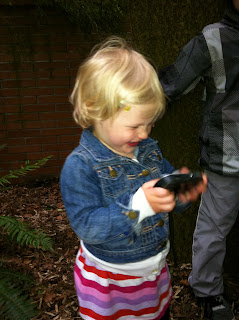 On the way out of the play area Preston tested out some of the toys.  He became a turtle.  And then climbed into a bird's nest.  He was a little bit hesitant about climbing into the bird's nest but after thinking about it for a few moments he decided to do it. 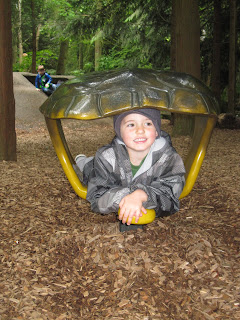 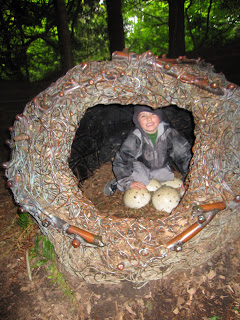 And then we were off. The zoo had worn the kids out.  And quite frankly it had worn me out too!