What can I say, we don't have a zoo back home and the kids love the zoo! So we are going to be hitting the zoo up a lot while we're here. Three times in a week, what?!

We have been hitting up different areas of the zoo each time so we aren't seeing the same stuff every time.

This time we started with the bird feeding area.  It's one of Preston's favorites.  He loves feeding the birds and having them land on his feed stick. 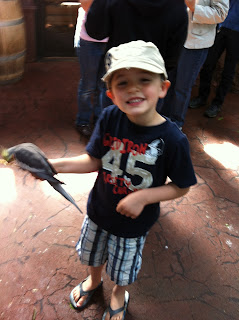 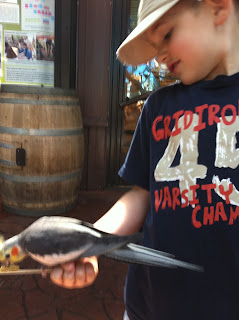 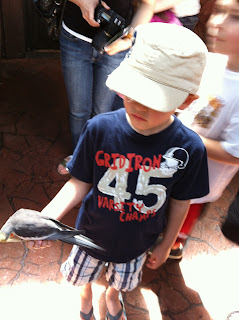 Madison wasn't as excited.  She liked to hold the stick and see the birds.  But not at the same time. 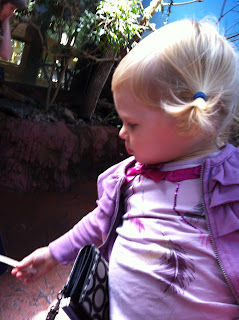 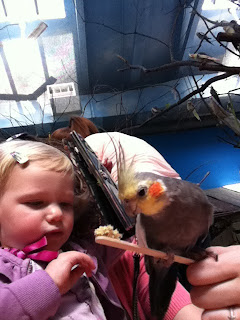 From there we headed towards the Northern Trail.

The bear was sleeping right out in the open.  So we got to see it up close and personal.  I was excited about it.  And Preston was for a minute or two.  But Mads decided she liked the fish much better. 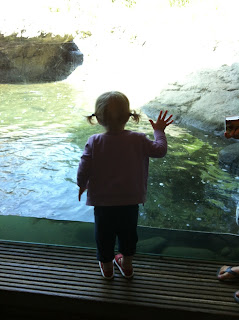 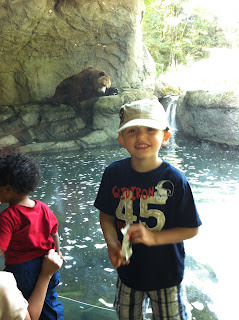 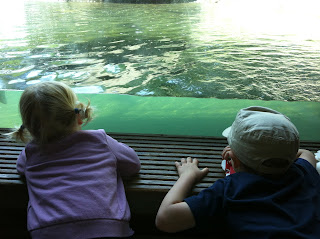 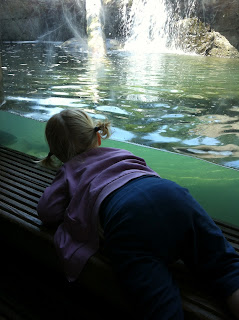 As we were wandering the trail we got to see the adorable little Arctic Foxes too.  It was so cute and little.  They looked like little fluffy puppies. 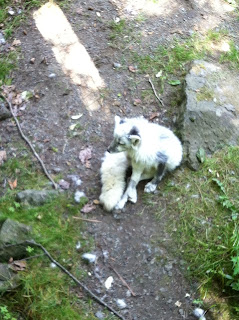 Before heading out for the day we decided to do the Trail of Vines.  Usually we skip this one because it's all monkeys and Preston isn't a huge fan of monkeys.  They kind of freak him out and so I avoid the actual trail.  But him and Mads decided they wanted to do it.  Honestly I think it was less the monkeys and more of a stall tactic.  And there was the climbing structure where we entered that sucked them in. 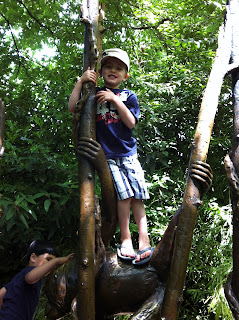 The kids got their extra energy out running around the monkeys.  Which was perfect because it was time to leave the zoo!  And what good is a morning at the zoo if no one is tired when you leave?