We were looking for an adventure.

I had both Preston and Mason so it couldn't be too adventurous. Especially since I don't have a stroller anymore.

We ended up deciding to go to the park with a waterfall. There is hiking around the park too, but we weren't really up for all of that. Or rather I wasn't with both boys.

Instead we parked and walked around the park.

And then hiked up to the waterfall to play. 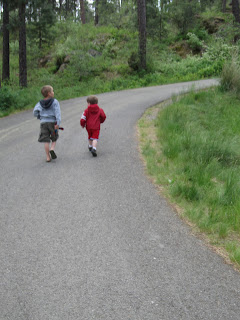 Preston has only been to this park once. We had his three year photos done here. So there wasn't as much exploring as there was smiling and looking awesome.

Both boys were so excited to see the waterfall!  And the turtles sunning themselves on the rocks! 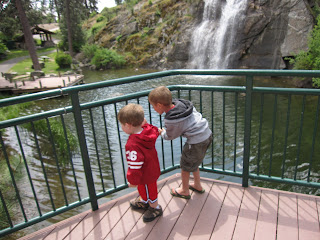 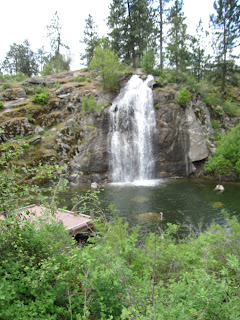 We made the walk down to the little beach area and the dock and I forced the boys into some photos. 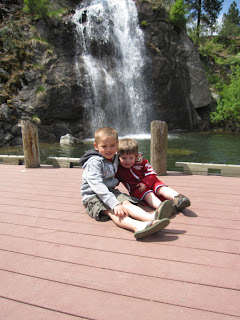 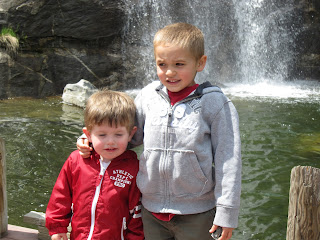 It wasn't super crazy warm but the sun was out so they were all squinty eyed!

We found a turtle on the beach and watched it for a little bit. 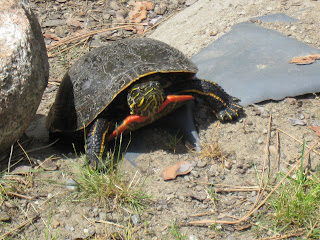 Never fear, we didn't actually get that close to it.  It was a wild creature!  Ha!  I just zoomed in on my camera to get a close up of it.

Realistically we were over here and the turtle was over by the rock. 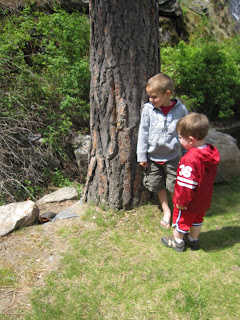 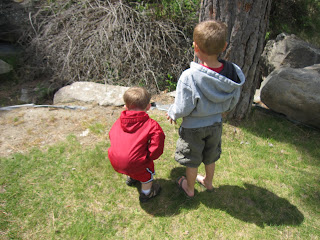 It was kind of hilarious how both boys refused to get close to it at all.  I didn't expect that from these fearless little boys!

After the waterfall we walked around the park a little more before I forced both boys back to the car to head home for lunch!